CREWS FROM Kidsgrove, Newcastle, Alsager and the aerial ladder platform from Longton were called to Princess Street last week to reports of a fire in an upstairs bedroom. 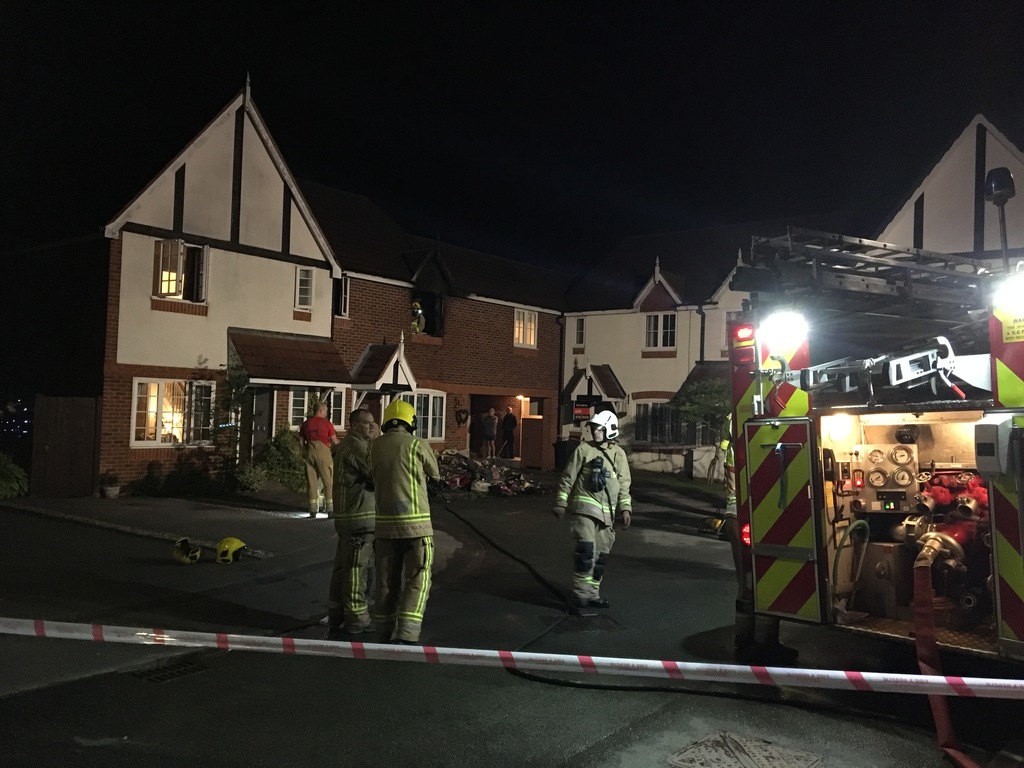 The mother discovered the fire within a built-in wardrobe and got her children out of the property before calling 999. Four firefighters wore breathing apparatus and used three hose reel jets to put out the blaze which was quickly spreading through to roof space.

Thanks to the quick actions of the crews the fire did not spread to the neighbouring homes and was contained to the upstairs area of the house.

A fire investigation was carried out and concluded the blaze was caused by faulty wiring.

Station Manager Martin Weaver said: “The lady did exactly what we would tell people to do in an emergency, she discovered the fire and got herself and her family out quickly and safety and then called us to deal with the incident. Because of this no one was hurt in what was a very serious fire.

“The bedroom where the fire started has been destroyed and the other rooms upstairs have been heavily smoke damaged, meaning the family will not be able to live there for some time. Although it is tragic that the home has been so badly affected by the fire we are extremely thankful that the family are alright.

“This is a reminder to all members of the public to get out, stay out if they have a fire in their home.”