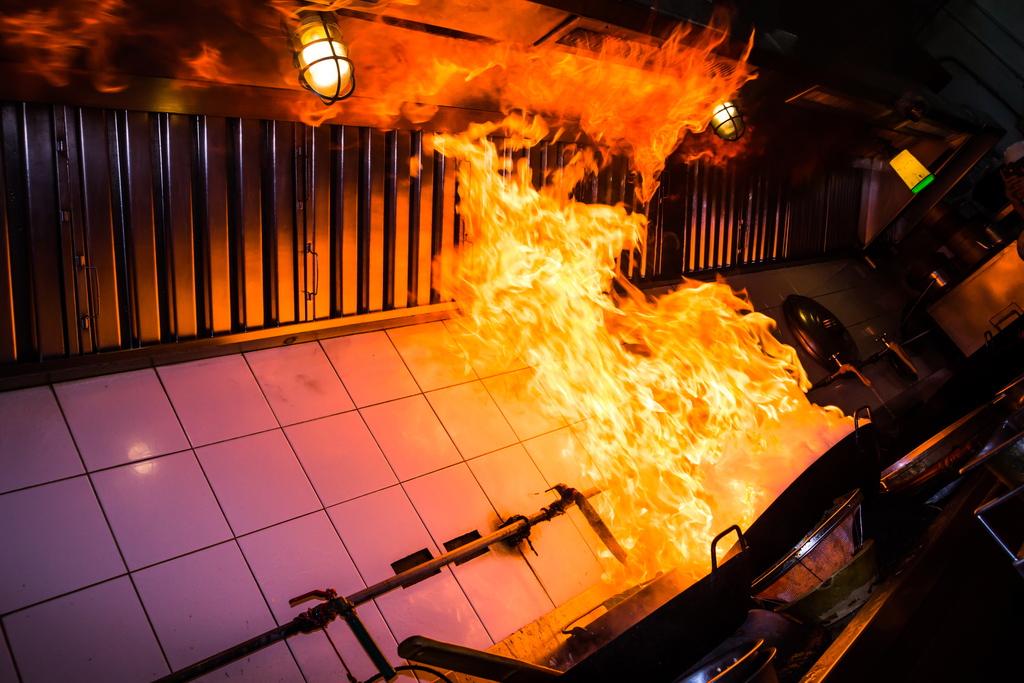 Almost five and a half thousand electrical fires involving food and the misuse of electrical appliances were reported in British domestic kitchens last year – the equivalent of 15 every single day – a consumer protection Charity can reveal.

Electrical Safety First, the UK’s leading electrical safety charity, analysed data from the Home Office, Stats Wales and the Scottish and Northern Irish Fire and Rescue Services and discovered that a staggering 7,067 accidental fires resulting from appliance misuse in the kitchen last year, contributing to around 72 casualties or fatalities each month across the country.  And over three quarters of these (5,442) were caused by cooking appliances or equipment, with food being the first item ignited - the equivalent of nearly 15 every single day.1

While faulty appliances are a big danger, 2 in 5 accidental electrical fires in the kitchen were caused by misuse, demonstrating the extent to which consumer behaviour is in need of improvement. Kitchen appliance misuse contributed to a third of all accidental electrical fires in British homes last year, while 94% of all appliance misuse fires occurred in the kitchen, making it the clear ‘danger zone’ for electrical safety in the home.2  Perhaps unsurprisingly, cookers and ovens were the appliances most likely to be involved in these accidents, contributing as they did to almost 12 fires a day. Grills and toasters (almost three a day), Microwaves (two and a half a day) and ring/hot plates (2 a day) were the other appliances most likely to be ‘misused’.3

Separate consumer research from the Charity offers further insight into the risks Brits are taking in their kitchens. More than 1 in 3 Brits say they’ve had an electrical accident in the kitchen – but over 2 in 5 Brits leave their kitchen appliances like tumble dryers and washing machines running while out of the house with just over 3 in 10 leaving them on whilst asleep, and more than 1 in 5 admit to having fallen asleep with food left cooking in the oven, microwave, or on the hob. Rather unsettlingly, 17% of brits haven’t cleaned their oven and grill in over a year. A build-up of grease in an oven represents a serious fire risk.4

In light of these troubling numbers, Electrical Safety First have teamed up with celebrity chef, former Ladette to Lady and I’m a Celebrity, Get Me Out of Here! star Rosemary Shrager to produce a series of informative videos on the topic. Billed as Kitchen Safety Etiquette Tips, these videos offer clear advice to kitchen users on common pitfalls such as using microwaves for storage (which 70% of Brits confess to doing despite the inherent dangers), overloading plug sockets (which 60% don’t know how to check for) and general cooking distractions.5 A set of specially crafted recipes with safety tips worked into them will also be available on the Electrical Safety First website

Rosemary Shrager, celebrity ambassador for the campaign, commented, “Looking at the amount of fires being caused, it’s clear there is an enormous problem when it comes to Brits’ approach to kitchen safety which is causing far too many mishaps. As an experienced chef who runs her own cookery school I know the importance of following precautions when working with electricity, and very much support Electrical Safety First’s efforts to get the message out there. In fact, I’d like to see electrical safety added to the kitchen and dinner table etiquette we’re always told to follow – and I hope the videos and recipes we’ve put together get these across. Make sure you head to the Electrical Safety Website to take a look.”

Phil Buckle, chief executive at Electrical Safety First commented, “We’re well aware that the kitchen represents the most dangerous room in the home from an electrical safety perspective due to the mixture of water, hot surfaces, flexible cables and electricity that can generally be found there. However, the worryingly high number of fires being caused where food is involved and as a direct result of the misuse of appliances in the kitchen shows that the public is in need of better education on electrical safety while cooking. I urge anyone who regularly uses electrical kitchen appliances to head to the Electrical Safety First website and make sure they’re clued up on the simple steps they need to take to ensure they’re being safe. We hope the videos and recipes we’ve produced with Rosemary Shrager provide a fun and engaging way to learn more about a serious subject.”

3 Based on the above, filtered by appliance involved

4 Consumer research commissioned by Electrical Safety First and conducted by Censuswide surveying 5,000 people in the UK nationally representative of the population, found that 37% of respondents answered ‘yes, on more than one occasion’ or ‘yes, once’ to the question ‘Have you ever had an accident in your kitchen caused by or involving an electrical appliance?’; 44% of respondents selected ‘While I am out of the house’  and 31% selected ‘While I am asleep’ when asked ‘Do you ever leave appliances like dishwashers, washing machines or tumble dryers running on a cycle in any of the following circumstances’?; 23% of respondents answered ‘Yes, multiple times’ or ‘Yes, once’ to the question ‘Have you ever fallen asleep with food left cooking in the oven/microwave or on the hob’?;  17% of respondents answered either ‘1-2 years ago’, ‘3-4 year ago’ or ‘more than 4 years ago, please specify in years’ to the question ‘When was the last time you thoroughly cleaned your oven and grill’?