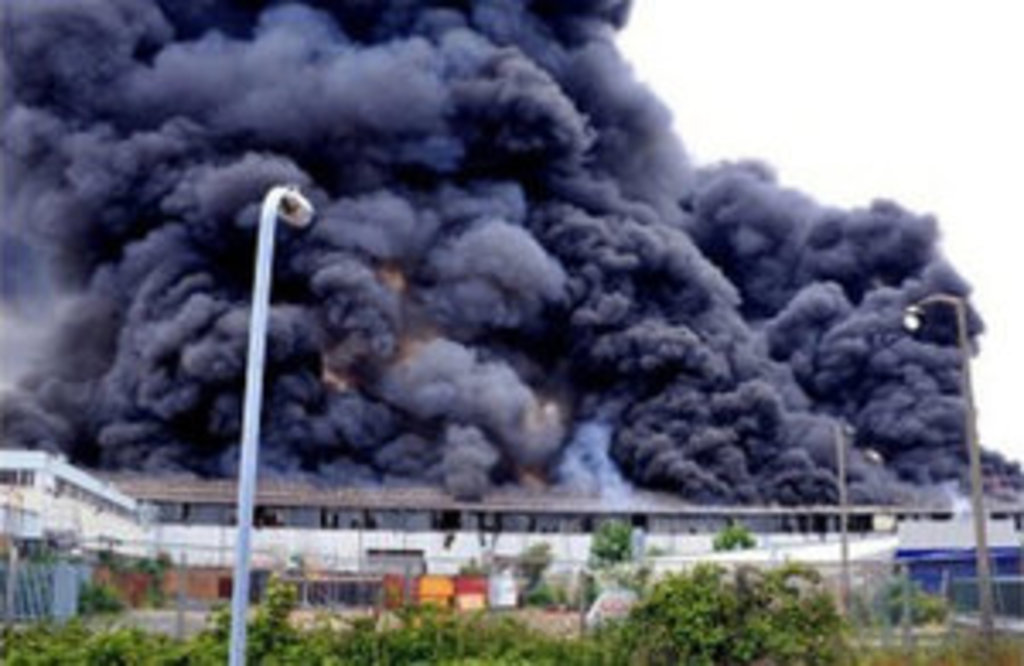 The court heard that waste management failures at the company led to two major fires and a pollution incident categorised by court sentencing guidelines as being at the highest level.

David Lawrence, 52, of Seymour Road, Kidderminster was the company operations director and designated technically competent manager. He was sentenced to 9 months’ imprisonment, suspended for two years, and ordered to complete 180 hours of unpaid work.

Andrew Gibson, 55, of Wood Lane, Lichfield, was the company chairman and sales director. He was sentenced to 4 and a half months imprisonment, suspended for two years, and ordered to complete 90 hours of unpaid work.

The directors ran a waste recycling facility under the trading name of Lawrences Recycling and Waste Management Ltd at The Forge, Stourport Road, in Kidderminster, under an environmental permit. They claimed the site was the largest indoor waste management facility in Europe.

History of the site

Between August 2012 and December 2012, the company stored excessive quantities of waste at the site in breach of the environmental permit, despite warnings given to the company by the Environment Agency. These failures to properly assess the risk of fire and manage the waste appropriately on the site culminated in a serious fire, when waste self combusted at the company premises in December 2012.

In spite of that fire and further warnings from the Environment Agency and Hereford and Worcester Fire and Rescue Service, the company continued to accept and store thousands of tonnes of waste to avoid the cost of disposal and in a way that put the environment at risk. These further failures led to a second fire at the site in June 2013.

The fire in December 2012 burned for nearly a week. The fire in June 2013 burned for eight weeks and resulted in a major impact to the environment and local community. The smoke had a significant impact on air quality and affected the operation of businesses around the site. Water used to fight the fire was contaminated by the burning waste and it flowed into the nearby Staffordshire and Worcestershire Canal. The contaminated water that entered the canal in June 2013 resulted in the deaths of 3,000 fish and threatened drinking water supplies. Hereford and Worcester Fire and Rescue Service described the fires as 2 of the biggest firefighting operations it had ever had to deal with.

The company did not have buildings insurance after the first fire, and went into administration in September 2013, leaving the Environment Agency, Fire Service, Wyre Forest District Council and Worcester County Council to pay thousands of pounds to demolish the building, extinguish the fire and control pollution until the site was eventually sold.

Comments at the court hearing

In passing sentence, His Honour Judge Cartwright, found that both Lawrence and Gibson had been negligent in the lead up to the fire in December 2012. The judge found that in the lead up to the fire in June 2013, both men had ignored warnings even from their own employees, about the risks to the environment, concluding that Lawrence had acted recklessly given that in his position the waste was ‘before his eyes’ and Gibson had continued to act in a negligent manner and continued to encourage customers to send their waste to the site.

In mitigation, the court noted that both Lawrence and Gibson had pleaded guilty and were of good character, with no previous convictions.

Speaking after the case, an Environment Agency spokesperson said, “These directors operated their waste recycling facility in a way that blighted the community with flies, vermin and odour, and put people’s health and businesses at risk by not adequately assessing and controlling the risks of fire. They continued to operate with flagrant disregard after the first fire with no insurance and no fund set aside to manage these risks, leaving the taxpayer to pick up the bill when an incident occurred and creating misery for their neighbours.

“We have pursued this case on behalf of the community and multi-agency partners. These directors now have criminal records as a result of the environmental offences they committed and have to payback the community through unpaid work orders.”