Far too many building owners “cutting corners” on emergency lighting

IN THE wake of last year’s startling report issued by industrial and commercial lighting manufacturer Hilclare which stated that 44% of those firms surveyed in England don’t have the correct form of emergency lighting installed, building owners are again being warned that poor practice in this area could realise substantial fines or even prison sentences. 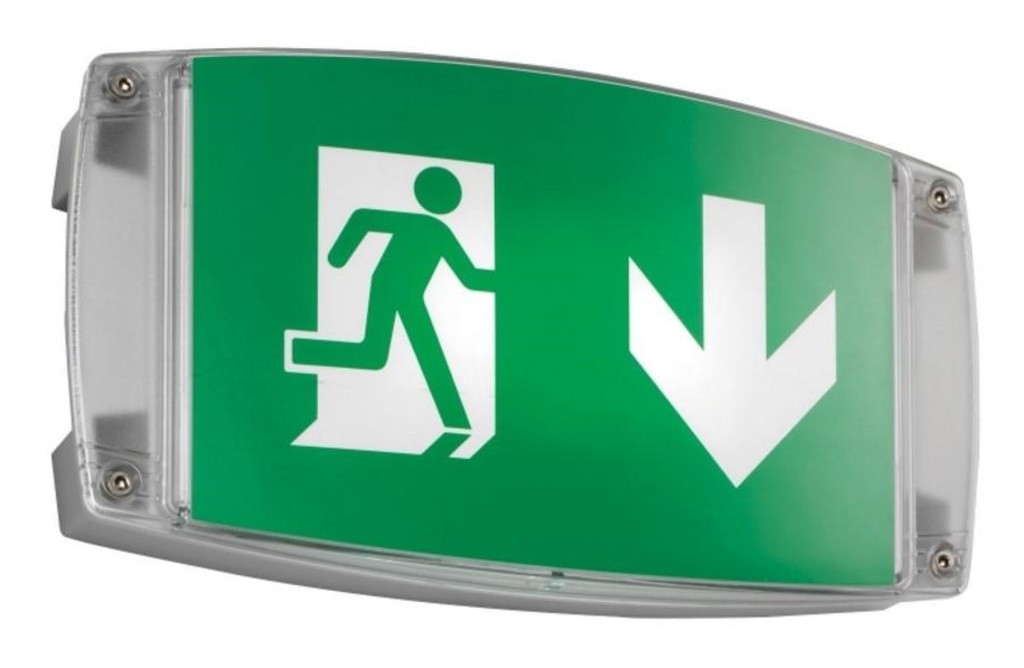 Back in late 2019, fire safety law specialist Warren Spencer (managing director at Blackhurst Budd Solicitors and a regular guest on the Fire Safety Matters Podcast) reviewed 200 cases brought to court under the Regulatory Reform (Fire Safety) Order 2005 from 2006 through until 2019. He found that the average fine for breaches since the Grenfell Tower tragedy stood at £27,519.

Further, a grand total of £1,230,879 was handed out in fines, with the total costs ordered for payment standing at £819,616. Out of those 200 cases, only nine defendants pleaded not guilty to all of the charges brought.

In point of fact, Article 14 of the Regulatory Reform (Fire Safety) Order 2005, which relates directly to emergency routes and exits, is the most enforced. The maximum sentence that can be bestowed under the Regulatory Reform (Fire Safety) Order 2005 is two years’ imprisonment. The range of sentences handed out across the cases examined by Spencer varied, with fines being the main punishment. Out of three cases (involving six defendants) where there were fatalities, two of these cases resulted in suspended prison sentences.

Government figures derived from a Freedom of Information request issued to Fire and Rescue Services by Spencer in relation to prosecutions brought to court showed that defendants were convicted of a total of 1,904 charges. Of those charges, 443 (ie 23%) related to Article 14 of the Regulatory Reform (Fire Safety) Order 2005. HMOs represented 17.5% of the national cases prosecuted.

Across the last few years there have been some high-profile prosecution cases. For example, Peter Metcalf (owner of the New Kimberley Hotel in Blackpool, itself dubbed a “death trap” by Blackpool Council officials) was handed an 18-month prison sentence in 2015 for breaching the Regulatory Reform (Fire Safety) Order 2005. The lack of proper emergency lighting at the premises, which was subsequently closed down, was cited as one of the breaches.

In 2018, private landlord Bijan Keshmiri was fined £400,000 due to the lack of emergency lighting at a property in Lincoln. That same year, the owner (namely Daniel Johns Limited) and management company (Silver Hopkins Limited) of a hotel in Scarborough named The Marine Residence were fined a combined total of upwards of £50,000 for fire safety offences, including a failure to monitor and maintain emergency lighting at the premises.

According to Martindale, compliance often falls between the accountability cracks, particularly so as building owners and facilities managers frequently employ third parties to test and rectify issues with such systems. In doing so, they effectively wash their hands of the upkeep process, yet still remain accountable for compliance in the eyes of the law.

Other than the potential human impact, what kind of consequences are there for non-compliant emergency lighting in a building?

On this vitally important point, Martindale stated: “Sub-standard emergency lighting systems could lead to inefficient evacuation during an incident, bringing about injuries or even the loss of life. In addition to the potential human impact, there are financial consequences. While the use of fire safety equipment can aid in the reduction of insurance premiums, it can also have the opposite impact when implemented incorrectly. Insurance companies can use non-compliance with fire safety legislation as a reason for not paying out. Beyond this, the reputational impact must be considered, from putting off potential employees and customers right through to impacting share prices.”

The $64,000 question is: ‘How can facilities managers and building owners avoid these consequences?’ Martindale informed Fire Safety Matters: “To avoid the variety of consequences that come with outdated emergency lighting, a series of Best Practice initiatives may be followed. First, a risk assessment must be kept for all buildings and needs to be updated on a regular basis in order for those buildings to comply. This will determine the type of emergency lighting system required. The ultimate goal of fire-specific risk assessment is to identify and mitigate the number of fire hazards in a building. The process should be performed by a skilled assessor who considers all of the potential dangers within a given premises. Naturally, the risks identified must be balanced by appropriate fire protection systems in order to meet current fire safety-focused regulations and standards. Fire safety needs to shift from being an afterthought to a fundamental safety requirement.”

Fire safety consultant Chris Watts is a member of the Board at BAFE and chair of the British Standards Institution’s Technical Committee directly responsible for BS 5266-1, the Code of Practice for Emergency Lighting. As convenor, Watts introduced the CEN EN 1838, CENELEC EN 50171 and 50172 emergency lighting standards in Europe and is recognised as an industry expert on their development.

How does Watts believe facilities managers can meet their legal duty of safety in relation to emergency lighting? “Facilities managers are responsible for the safety of occupants in their premises. That being so, they have a duty to check the competence of fire safety providers when sourcing help to protect their building(s). Given that facilities managers are unlikely to be experts in building and fire safety standards, the recommendation is always to verify their suppliers have a third party certification that’s appropriate and valid for the work required on the premises. Sadly, it’s all-too-easy for those without experience of fire safety and protection regimes to place their faith in individuals who don’t have the right qualifications or competencies. This then leads to inadequate equipment being installed or a lack of suitable testing and maintenance.”

Watts continued: “BAFE, the independent registration body for third party certified fire protection companies across the UK, is a useful starting point for anyone wanting to meet their legal duty of safety. By going through the independent register of quality fire safety service providers, facilities managers can find independently audited and competent professionals able to help them meet their fire safety obligations.”

According to Watts, current emergency lighting legislation in the UK is indeed fit for purpose, but only if it’s rigidly followed. “Sadly, the legislation is just not implemented correctly in all cases. The principal of fire risk assessments is much more suitable than blanket rules which may be inappropriate for particular applications. When conducted correctly by qualified individuals, fire risk assessments provide a measured response to defined risk levels. However, they only work when implemented in the right fashion. This means not only ensuring that the assessment process is carried out by individuals with the right training, but also proceeding with the correct level of follow-up in terms of inspections, maintenance and, when and where required, repairs. Incidents occur when the initial assessment falls short or the follow-up is inadequate.”

What will it take to see a shift towards prioritising safety which meets – or even exceeds – the current standards? “Unfortunately,” stated Watts, “many individuals adopt a short-term view when considering fire safety. Investing in quality equipment solves the problem in the long-term, yet many are swayed by the false economy of opting for the lowest cost deal simply to tick a box at any given moment in time. If they choose sub-standard systems and don’t engage certified professionals to transact the installation procedures, they usually end up paying more in the long run either to replace or repair faulty technology.”

Further to that, if an incident occurs and the individual responsible for the building has clearly not done their due diligence, that false economy becomes even more pronounced as the person concerned will be hit with a major fine. They could even face a prison sentence.

“Ultimately,” concluded Watts, “fire safety should never be viewed as a short-term problem to be solved for the minimum cost. Until such time that this short-term mindset evolves into a long-term view prioritising safety and considering total cost of ownership rather just the initial price tag, we’ll continue to see sub-standard equipment being installed, a lack of appropriate maintenance and, sadly, peoples’ lives needlessly being put at risk.”