FIRE SAFETY expert Nick Coombe has been awarded an MBE (Member of the Most Excellent Order of the British Empire) in the New Year’s Honours List, London Fire Brigade has announced. 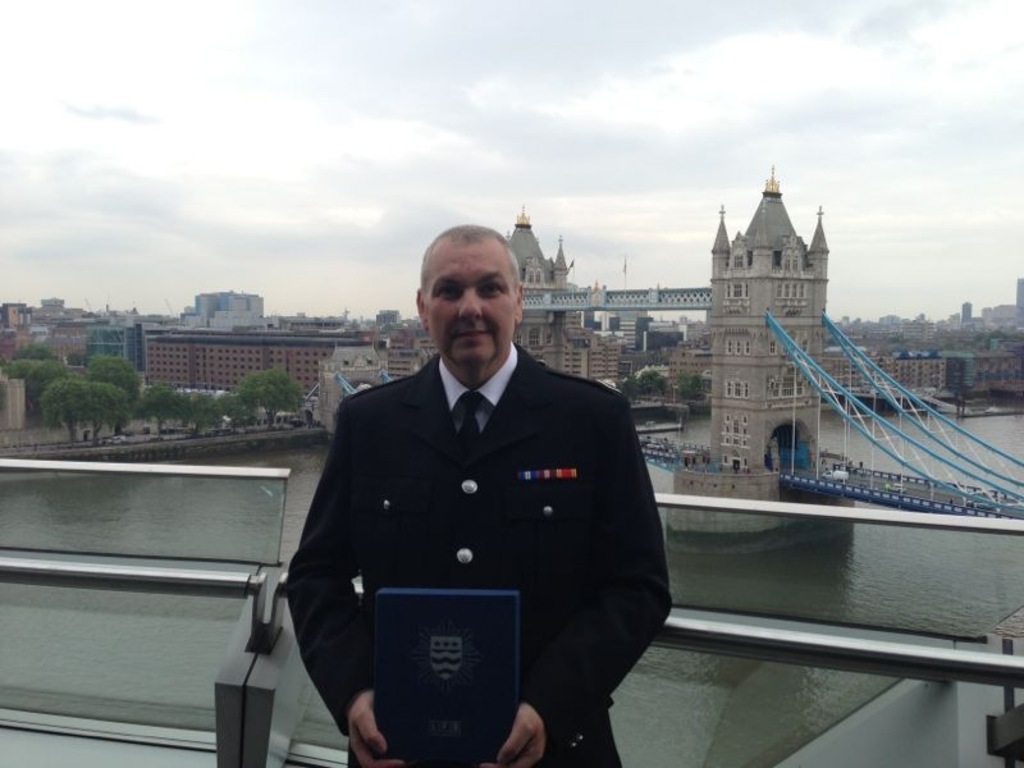 Nick, who is the Brigade’s strategical technical advisor for fire safety, will receive the honour for Services to Local and National Fire Safety.

The 56-year-old has 37 years’ experience with the Brigade, with more than 20 of those spent in Fire Safety which has led to him being regarded as a leading contributor and expert on fire safety regulation policy at both national and local level.

His contributions include Government training and policy documents to support the introduction of the Regulatory Reform Order for fire and rescue services, the Residential Care Home Guide and the 2017 NFCC Specialised Housing Guidance.

Nick, who lives in Crawley, joined the Brigade as a firefighter in 1981 and spent most of his early career in South London. He joined Fire Safety as a Station Officer in 1994 and was promoted to Group Manager and then Deputy Head of Fire Safety.

After leading on fire safety at the London 2012 Olympics, he retired operationally before returning to the position he currently holds.

He said, “I’m really shocked and had to read the letter about 10 times – I was very surprised and wondered if it was a wind up.

“I’m absolutely chuffed, but I would like to say that although it will be me getting the award, I will be collecting it on behalf of my colleagues.

“It really is a team effort – there’s a fantastic fire safety team in London – I also feel that this award is a recognition of the fact that work to prevent fires and make buildings safer is as important as responding to fires when they happen.”

Nick has a very fire-service based family, with wife Angela working in community safety, a daughter in Control, a son who is a firefighter and another son who works with fire alarms.

A former Hertfordshire firefighter who recently transferred to London has also been recognised in the List.

Ricky Davis, who is now based at Park Royal fire station, has been awarded a Queen’s Gallantry Medal for his actions at a serious care home fire in Hertfordshire last year.

He and his colleagues faced severe fire conditions with a collapsing roof and falling debris and Ricky carried out a number of rescues.