ULTRA-HIGH resolution, multi-directional, 360⁰ or PTZ? With system designers now having so many options to choose from when it comes to specifying the most appropriate surveillance cameras for monitoring large areas, Uri Guterman provides a helpful and timely overview of the merits of some of the most suitable camera formats. 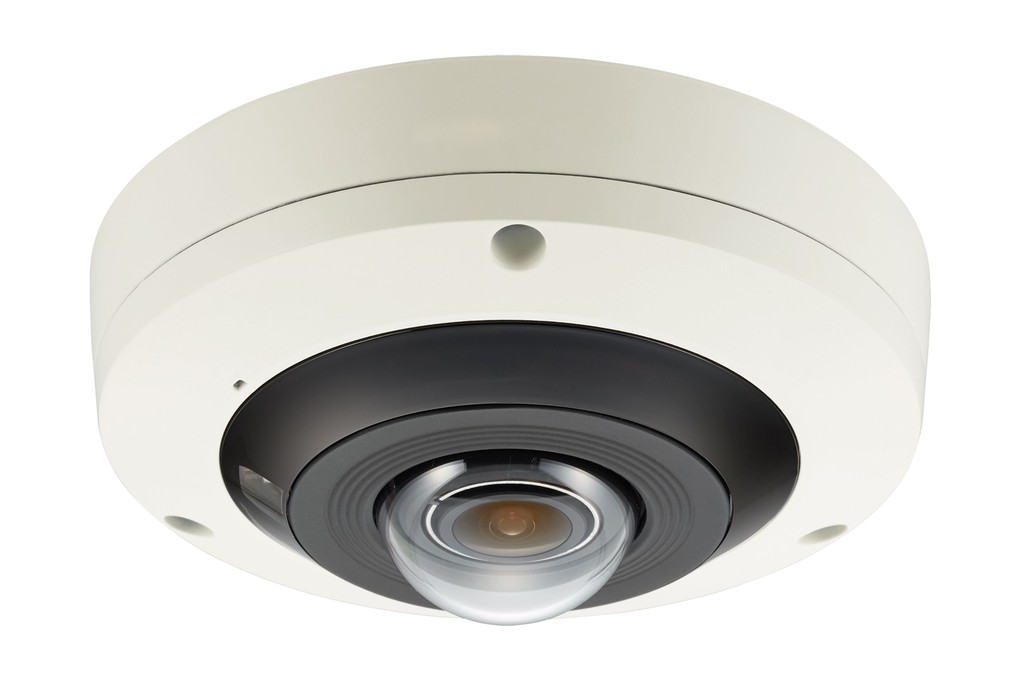 PTZ cameras have traditionally been used for city and wide area surveillance applications such as airports, car parks, Shopping Centres, sports stadiums and warehouses, with operators able to track the movement of objects and zoom in to observe close-up detail of any activity.

The ability of an operator to proactively monitor an incident and verify what’s occurring ensures that they’re able to quickly decide on the most appropriate response. In addition, many PTZ cameras feature auto-tracking, as well as continuous pan and pre-set positioning, which means that images of a moving object will be captured and recorded even when operators are distracted or away from their workstations.

The deterrent effect of PTZ cameras configured to automatically tour an area should never be underestimated as they will create a strong feeling of unease among any would-be offenders that they’re being watched, even if the images captured by the cameras are not being monitored in real-time.

While it should be emphasised that PTZ cameras still have a big part to play in detecting anti-social or criminal activity, recent advances in video surveillance technology mean that system designers now have the option to consider specifying other types of cameras which, depending on the application, might be more suitable. The sharpness and clarity of the images captured by 8K video surveillance cameras, for example, simply needs to be seen to be believed.

In reality, very few end users are likely to deploy 8K cameras with the intention of just monitoring an entire field of view. The value of these cameras stems from the fact that 8K is the equivalent of 16 x 1080p Full-HD images. This means that a single camera can capture a vast amount of information, enabling operators to digitally zoom into a very small part of the scene without any pixilation of the image.

For this reason, a football stadium is an excellent example of where an 8K camera can be put to extremely good use as it would be capable of capturing evidence-grade images of 20,000 or more fans occupying a stand. As such, the price/performance ratio makes the 8K camera a viable and cost-effective alternative to the deployment of multiple fixed or PTZ cameras.

When it comes to deciding whether an ultra-high resolution 8K or a PTZ is the best camera format for any given location, it will very much depend on what the end user wishes to achieve. Budget limitations also need to be taken into consideration.

In simple terms, an 8K camera is a highly impressive and high performance option if there’s a requirement to continually record a camera’s entire field of view at the same time that an operator might need to zoom into a specific area of interest. However, PTZ cameras are a much lower price option and ideal for those scenarios when operators need to constantly scan a wide area of view, while also having the flexibility (when necessary) to quickly zoom-in to see what may be occurring in greater levels of detail.

The case for PTZ cameras is further strengthened when real-time monitoring is more important than recording video for evidence purposes. Equally important is the fact that the latest generation PTZ cameras are equipped with adaptive infrared (IR) technology which adjusts the angle of a given camera’s built-in IR LEDs to match the level of zoom.

Multi-directional cameras typically offer the capabilities of two, three or four video surveillance cameras in a single housing and yet, as they only have a single IP connection, the end user will only need to purchase one VMS license.

Those equipped with two separate lenses are designed to capture HD images of adjacent areas. Depending on the required field of view, there’s a choice of interchangeable lens modules which can be easily fitted on site by an installation engineer. These multi-streaming cameras significantly reduce the costs which would normally be associated with installing two separate cameras to monitor, for example, an L-shaped area such as two sections of a corridor or two sides of a building.

There are also multi-directional cameras available which feature four separate sensors. Operators are able to choose from a broad range of customisable angles and zoom settings per sensor. This offers cost savings for both system integrators and end users alike as multi-sensor cameras use less cable, conduit and mounting hardware when compared to what would normally be required to enable up to four separate cameras to do the same job. With less network connections, they also require fewer switches.

Designed for monitoring large open areas with just one camera, the images captured by the four sensors can be seamlessly ‘stitched together’ to produce a panoramic image.

Life will also be much easier for installers if models equipped with motorised PTRZ gimbals are specified. These will reduce on-site times as they enable engineers to remotely pan, tilt and rotate the lens’ positions in order to set the cameras’ fields of view.

It’s worth noting that some manufacturers offer four-channel multi-sensor cameras with an additional integral PTZ camera. This can be configured to automatically zoom in and track a moving object or otherwise move to a user-configured pre-set position when the motion detection function of one of the four camera sensors detects any activity.

This addition of a PTZ camera means users are able to avoid incurring the higher capital, installation and maintenance costs of deploying five separate cameras to cover a large area while achieving the same level of functionality.

For its part, a single 360⁰ camera will quite often offer the most efficient and cost-effective way of monitoring a large area, and particularly so when a number of standard cameras might normally be required to avoid any blind spots. They also offer a compact option for retail stores and other environments where aesthetics are important.

Savings can be achieved on maintenance costs when compared to other types of cameras as 360⁰ models have no moving parts. Further, most 360⁰ or ‘fisheye’ cameras offer a variety of alternative viewing modes, including single panorama, double panorama and quad views. They’re also likely to feature a digital PTZ which allows operators to electronically pan, tilt and zoom-in on specific areas for a more detailed view while continuing to monitor and record the whole 360-degree view.

Some of the cameras will have an on-board de-warping functionality. Where this isn’t the case, video management software may be used to de-warp the ‘fisheye’ images.

With so many different camera formats to choose from, then, it’s fair to state that consultants, system designers and integrators alike have an interesting challenge in deciding which cameras will best meet the requirements of a specific video surveillance project.

To a large extent, the decision can be logically made with the help of the risk assessment process and by taking into account an end user client’s Operational Requirements. An 8K camera, for example, would seem the obvious choice when there’s a need to monitor large crowds of people in wide open areas, while multi-directional cameras are ideal for capturing images of adjacent areas.

PTZ cameras are likely to be strong contenders when the captured images are to be viewed in real-time as they will provide operators with a high level of control and enable them to proactively track the movement of individuals. Their greater deterrent effect should also never be underestimated.

In reality, a combination of two or more of these types of cameras is likely to be required for most high security or mission-critical applications. It’s also important to note that there’s a multitude of other factors to be considered before deciding on the best cameras for a specific project. These include, for example, the required image resolution and if there’s a need for the cameras to have built-in IR illumination such that they will capture high quality images regardless of light levels.

The need for video analytics and whether the cameras have the ability to support third party specialist applications should also be considered, as must bandwidth requirements.

As always, the best advice for security managers and installers/system integrators is to work with those manufacturers they believe they can trust and ask them to provide live demonstrations of the various camera types. This will allow security professionals to make informed judgements on which cameras have price/performance ratios to match specific requirements.