A thousand visits to Aberdeen homes 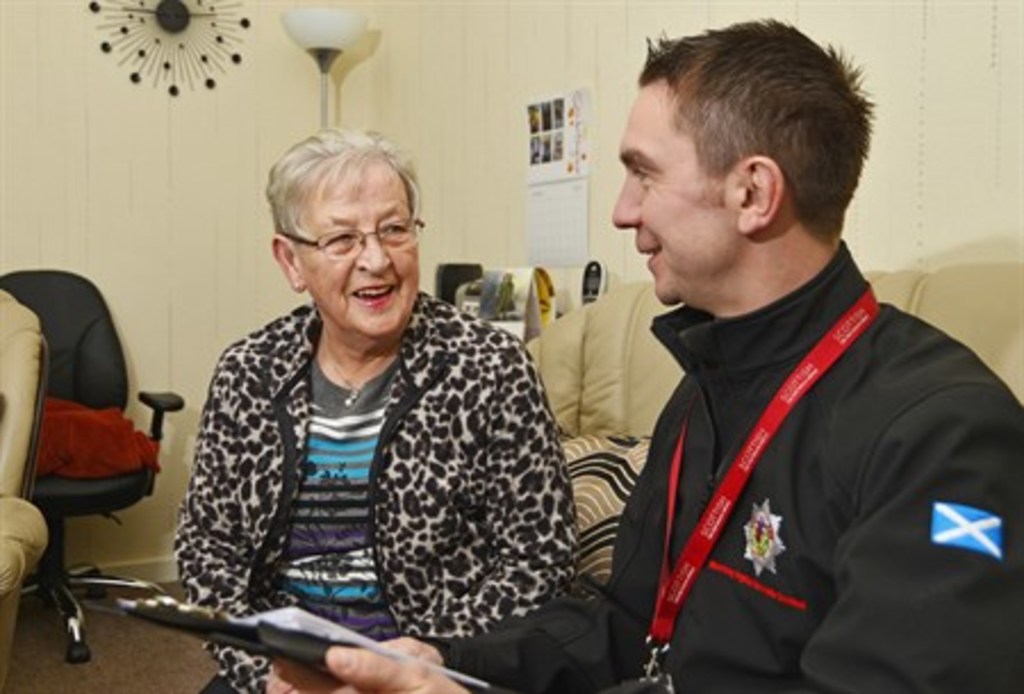 The latest figures show that the dedicated firefighters also fitted 291 free smoke detectors between April and September this year. And statistics further highlighted how the number of accidental house fires in the city are continuing to fall - for the third year running.

The latest figures also reveal that the number of accidental fires in the home fell from 111 to 109 when compared to the same six month period in 2017.

In an effort to continue the decrease, crews carried out the total 1,213 Home Fire Safety Visits – and almost 40 per cent of these were to those deemed most vulnerable.

The statistic were presented at a meeting of Aberdeen City Council’s Public Protection Committee on 5 December.

He said, “There has been some great prevention work carried out throughout the area and crews can be proud of what they have achieved.

“That said, it’s crucial that we do not become complacent and continue to work towards helping people remain safe in their homes.

“Prevention is key to our efforts in helping to keep communities safe. In reality, stopping a fire from occurring in the first place is at the forefront of our efforts.

“Our free home fire safety visits are an effective way of helping to identifying risks in the home and allow firefighters to engage with families and the most vulnerable in our communities to ensure we provide the most appropriate support.”

The number of fire casualties also decreased slightly to nine between April, 1 and September 30 – a fall of two from the same period in 2017.

LSO Farquharson said, “Our overall ambition is to have zero fire casualties throughout Scotland and that is why we continue to drive the message of our home fire safety visits.

“It is also why we appeal to everyone to check if their elderly relatives, friends or neighbours are in need of this vital support – and to contact us directly.”

Meanwhile, firefighters attended more than 200 deliberate fires in the city limits in the six months up to September of this year.

Crews were called out to a total of 210 instances during one of the hottest and driest summers in recent years – up 26 compared to 184 the year before.

LSO Farquharson continued, “Across Aberdeen we continue to work very hard to raise awareness and educate on the potentially devastating consequences of deliberate fire raising.

“Positive engagement with local communities, particularly with young people, remains our most effective weapon in combatting this unacceptable behaviour.

“During the summer months we experienced a large number of incidents in grass and gorse which resulted in a change in our performance figures from a reduction in the number of deliberate fires to an increase.

“Where areas of higher risk have been identified we have acted quickly with our partners to pool our resources together and work with the community to prevent further fires.

“Stopping these incidents from occurring in the first place is our main aim and as such we continue to engage with local schools and youth groups to highlight the risks.

“We take a zero tolerance approach towards anyone who deliberately sets fire and are committed to working closely with our partners, including Police Scotland, to help ensure those involved in this criminal activity are quickly identified and action taken.”