FIVE FIREFIGHTERS and a fire engine were tied up for an hour after the pranker ‘cemented’ his head inside a microwave oven. 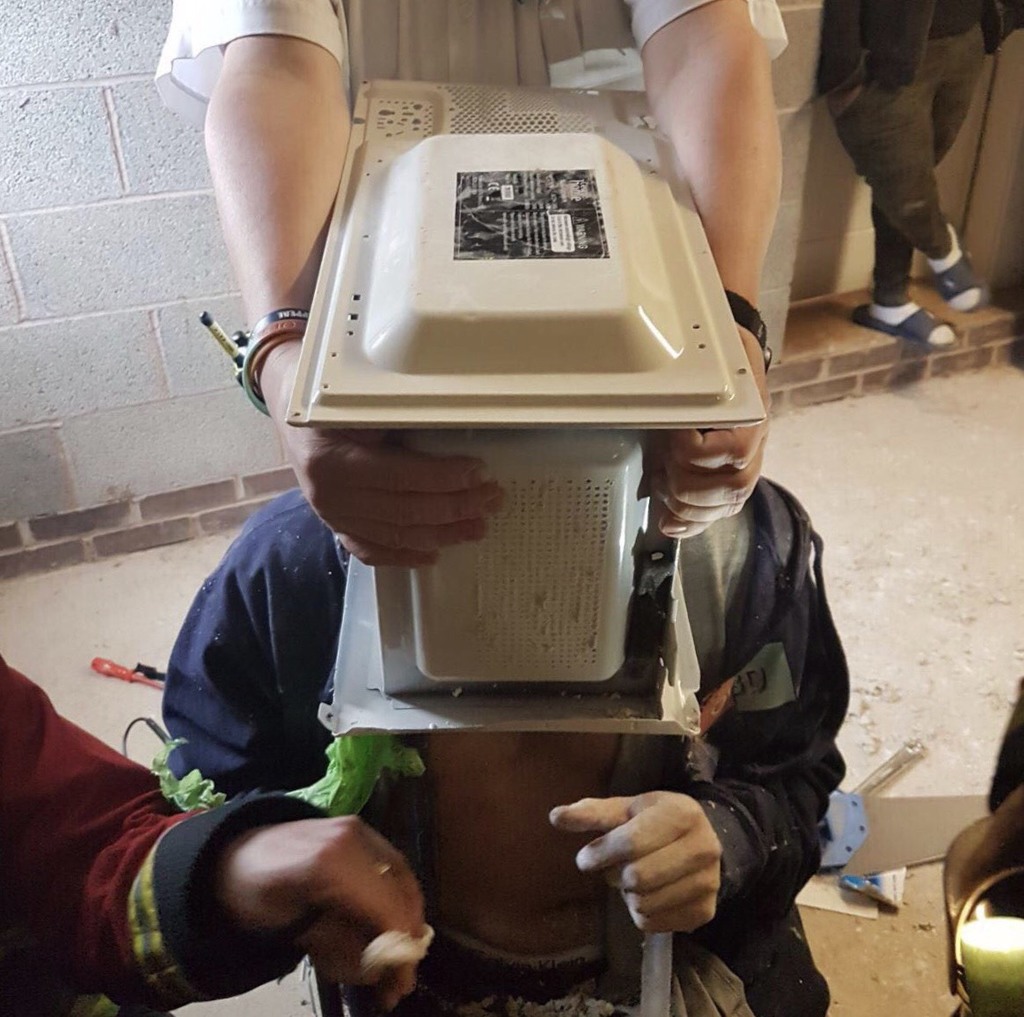 The crew, from West Midlands Fire Service (WMFS), responded at 1.49pm on 7 December to a call from the ambulance service who needed support at the incident in the garage of a house in Fordhouses, Wolverhampton.

“He and a group of friends had mixed seven bags of Polyfilla which they then poured around his head, which was protected by a plastic bag inside the microwave.

“The oven was being used as a mould, and wasn’t plugged in. The mixture quickly set hard and, by the time we were called, they’d already been trying to free him for an hour and a half. The friends had managed to feed an air tube into the 22-year-old’s mouth, to help him breathe.

“Taking the microwave apart was tricky, because a lot of it was welded. We video-called our technical rescue colleagues for advice and eventually managed to get him unstuck.

“He was very relieved when we removed a large chunk of the Polyfilla with a screwdriver, allowing him to breathe more easily. But we had to be extremely careful with the screwdriver, working so closely to his head.

“It took us nearly an hour to free him. All of the group involved were very apologetic, but this was clearly a call-out which might have prevented us from helping someone else in genuine, accidental need.”