THE KEY role of responsible person under the Regulatory Reform (Fire Safety) Order 2005 was at the heart of a very realistic – and factually-based – mock trial at the Fire Safety Event in Manchester today (10 October). 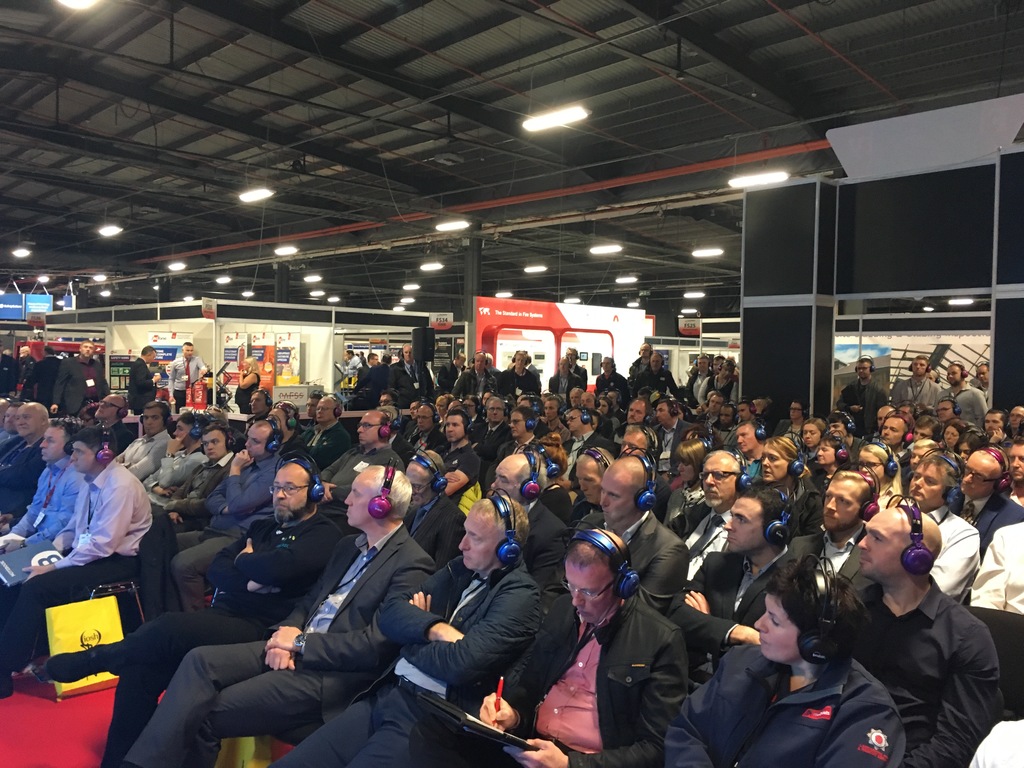 Mr Russell was appearing in court to answer the allegation that he had failed to safeguard the safety of residents in the case of fire by failing to comply with a prohibition notice issued under Article 31(3)(c) of the FSO 2005, which failure placed one or more residents at risk of death or serious injury in case of fire, contrary to Article 32(1) of the same Order.

The allegation arose on the back of a pre-arranged visit to and audit of premises owned by Mr Russell by Lakeside Fire and Rescue Service. The court heard that on 8 January 2016, Watch Commander James Richards called at Trafford Lodge, Trafford Street, Manchester. The visit had been arranged with a Mr Long, operator of a Chinese restaurant on the ground floor of the address. On entering the premises, W Cdr Richards was met by Mr Russell, who said the building belonged to him and was being used as a single private dwelling for him and his family, not including the aforementioned ground floor, which, he said, was the domain of Mr Long.

On that ground floor and adjacent to the restaurant W Cdr Richards discovered a bedroom, located essentially in the middle of the kitchen/food preparation area. He informed Mr Long that this was unacceptable but as the latter’s English was not good, Mr Russell stepped in to interpret. W Cdr Richards asked Mr Russell if he had overall control of the premises and he said he had. Subsequently, the prohibition notice was served against Mr Russell, because he had overall control, restricting the use of the bedroom for the purpose of sleeping. Mr Russell said he understood the notice and signed a receipt to prove he had received it.

About six weeks later, W Cdr Richards received a call from a contractor – a Mr Broadhurst – asking him to visit the premises to check if the work he was carrying out was going to be sufficient to lift the prohibition notice. On arriving at the premises, W Cdr Richards found the bed still there, complete with bedding. A young woman then came in and removed a coat from the back of the ‘bedroom’ door. Consequently, it was held that the prohibition notice had been breached because the room was still being used for sleeping purposes.

Mr Russell was then cross-examined in the dock by Ms Ilonzeh and Mr Spencer, with the audience being asked to act as the jury and decide, having heard all the evidence, whether the defendant was guilty of the alleged offence or not.

The prosecution’s case hinged on the fact that Mr Russell had said at the outset, to W Cdr Richards, that he had “overall control” of the premises. During his testimony, however, the defendant stated that he did not control the downstairs part of the building and that this was Mr Long – his tenant’s – domain. He said he only got involved on the day “to help out his friend, who couldn’t understand or speak English well”, and that he had done everything possible to cooperate with the Fire Service, including ensuring that the bed was removed immediately and that his tenant understood what was required of him. That the bed managed to find its way back to the room was not his fault, he said. He maintained he had given clear instructions to Mr Long that it should be removed permanently.

The prosecution held that the facts he was giving all of these instructions and had organised Mr Broadhurst to carry out remedial work suggested he was, indeed, in control of the whole building, including the downstairs part. It was also pointed out that the fire alarm and detection system covered the whole building but the panel was upstairs, and so not accessible by Mr Long. Mr Russell’s failure to appeal the prohibition notice was also held to indicate that he did, in fact, have overall control.

Speaking for the defence, Mr Spencer reminded the jury that the prosecution had to prove that Mr Russell had that overall control “beyond reasonable doubt”. This, he contended, would be difficult because “we have not heard much law as to who is and who is not a responsible person”. Mr Spencer pointed out that, under Article 3(1)(a) of the FSO, the responsible person is described as the employer. “Have you heard any evidence today that Mr Russell employed anyone?” he asked the jury. “This is clearly a workplace,” he went on. “Article 5 says the responsible person has control over premises so far as his control exists. I put it to you that there has been no evidence that Percy Russell had control over downstairs.”

Mr Spencer also suggested that the reason Mr Russell was in the dock and not Mr Long is the latter’s communication difficulties: “It’s too inconvenient to get interpreters. This shouldn’t be Mr Russell’s problem but it became so. He stepped in to help his friend, Mr Long, rectify the situation and thought the problem was solved. Because he lives upstairs and his tenant doesn’t speak English, my client is taking the rap. He only said he had overall control because he owns the building.”

Following this cross-examination, the audience/jury was asked to vote on whether Mr Russell was guilty or not guilty. Out of around 150 people, fewer than 10 felt he was guilty – astonishing, when you consider that, in the real case on which this mock trial was based (and which was prosecuted, rather than defended, by Warren Spencer) the defendant was found guilty!