Many hazardous environments pose high risks in terms of fire, particularly those that involve the storage of highly flammable substances, says Kelvin Miller. 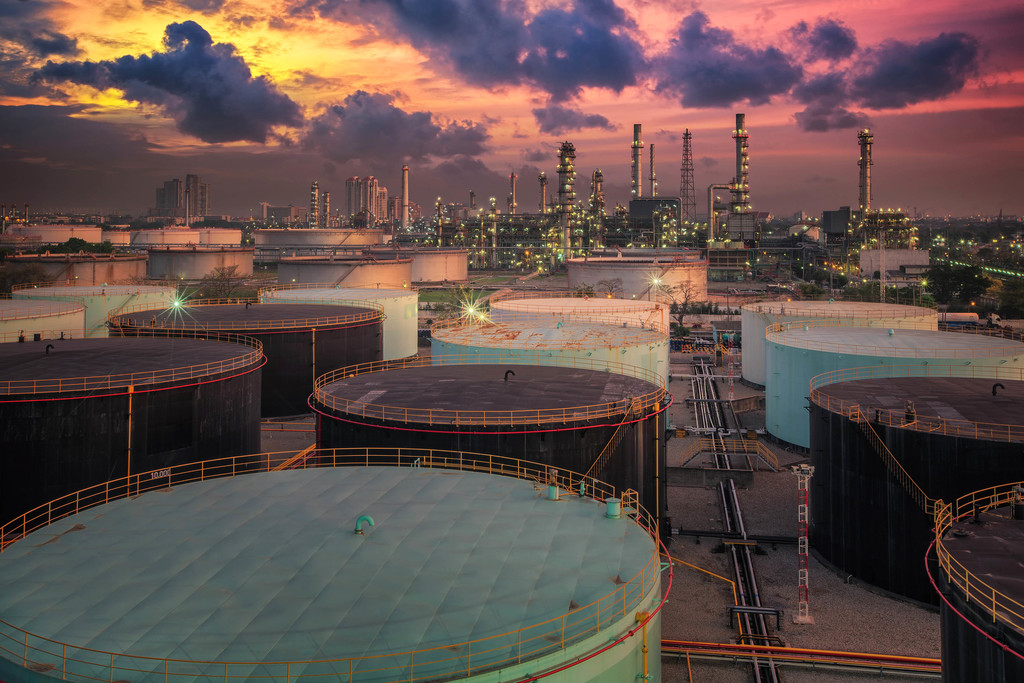 REFINERIES, TERMINALS, gas-processing, petrochemical and offshore facilities are among the most hazardous of environments ─ a fact highlighted by the collective description for such sites: major hazard installations (MHIs). Fire and explosion are cited as the biggest contributors to monetary loss at refinery and petrochemical sites. There is also the potential risk to life, as well as the impact on the surrounding communities, not only from the fire but also from the consequential damage that often results from fighting the fire. For all these reasons, fire safety is crucial in such facilities.

A common feature of MHIs is the storage of highly flammable liquids in confined spaces, i.e. tanks, which present the ever-present possibility of fire or explosion. The scale of the problem in these major hazard installations is highlighted by the number of fires that have occurred in crude-oil storage tanks alone: in a period of just over 50 years (1951 to 2003), some 480 tank-fire incidents were recorded worldwide, with lightning cited as the major cause.

Atmospheric storage tanks are widely used in MHIs. These are designed to hold liquids under little or no pressure, unlike pressurised tanks, which, as is evident from the name, create a pressurised environment. Often, the liquids ─ or the gases the liquids give off ─ are volatile, highly flammable, or even explosive. Among the hazardous fluids stored in this kind of tank are liquid fuels, such as automotive oils, petrol, alcohol, methanol, ethanol, propanol, butanol, biodiesel, diesel, gasoline, aviation fuel, paraffin, and other chemicals.

Most liquids can leak, bleed, or even evaporate, releasing flammable fumes through even the smallest fault or aperture. Such releases can result in a number of different scenarios, from a pool fire, jet fire, flash fire, or flare to a fireball or unconfined vapour-cloud explosion. Special care must therefore be taken to ensure the safe operation of tanks containing such hazardous liquids. Not surprisingly, many environmental regulations apply to the design and operation of atmospheric storage tanks, depending on the nature of the fluids contained, and several apply specifically to the prevention of ignition of the liquids and gases.

Spark to a flame

While the fire hazard presented by full tanks is fairly obvious, such tanks can also present a problem even when empty. If they have been used to hold volatile products, such as the previously mentioned fuels, and are left untreated, an explosive residue of hydrocarbon fumes could build up and fill the tank. These will be highly flammable and, if ignited, could explode and cause catastrophic damage.

There is also the potential for a phenomenon known as Boiling Liquid Expanding Vapour Explosion (BLEVE). This is caused by an external fire affecting a storage tank, heating the liquid contents and resulting in a build-up of pressure. If the relief valve of the tank is not designed to vent the vapour as quickly as it is generated, or in the event of a malfunction of the relief valve, the tank may fail completely. This can result in an explosion, projecting vessel fragments throughout the surrounding area.  These fragments can cause significant damage by puncturing pipework or other tanks in the vicinity (groups of storage tanks tend to be sited in the same area), thus causing a domino effect. Records show that fragment projectiles caused by a BLEVE have travelled up to a mile from the source of the explosion.

Another potential source of ignition is the use of electrical equipment in areas where there are combustible liquids and atmospheres. These kinds of hazards require the implementation of ‘Intrinsic Safety’ (IS) techniques, i.e. the use of electrical systems with certified IS barriers or isolators.

The idea behind intrinsic safety is to ensure that the available electrical and thermal energy in the instrumentation of the systems implemented are always sufficiently low so that ignition cannot occur. IS barriers can ensure the safe operation of such equipment as fire detection and activation systems in hazardous areas, even those classified as Zone 0, i.e. those areas in which an explosive mixture is continuously present, or present for long periods.

‘Simple apparatus’ has been a valuable part of intrinsically safe systems for at least 50 years. The term, defined by Clause 5.4 of BS EN 50020: 2002, is used to describe and is limited to pieces of apparatus that are fundamentally simple and the safety of which can be readily verified by the visual inspection of a competent engineer with reference to available data. Certification to the ATEX Directive, or third-party notification, are not required, as such apparatus does not have its own source of ignition because of the low levels of energy. However, even though a device is considered ‘simple apparatus’, it must still be connected to an Intrinsic Safety barrier.

One example of simple apparatus is a linear heat-detection cable (LHDC). This can be used as a standalone detection system, or in tandem with a suppression system to activate the release of extinguishing products to protect atmospheric storage tanks from the outbreak of fire. The digital LHDC is a two-core cable that reacts when exposed to a small flame. The reactive polymer insulators that cover each cable melt at a pre-determined alarm temperature, causing the two inner conductors or cables to fuse together, thus creating a switched circuit.

Atmospheric storage tanks can be open or closed at the top. However, as well as ─ or instead of ─ a fixed top, some have a ‘floating’ roof. This is a structure that rises and falls depending on the level of the fluid inside the tank. In many industries, including petroleum refinery, floating roofs are a prerequisite for safety, as well as a preventative measure against atmospheric pollution, as they keep the combustible vapour above the liquid level to a manageable minimum.

One of the prime causes of fires and incidents involving atmospheric storage tanks is worn, or damaged rim seals on the floating roofs. A LHDC should be mounted above the rim seal of the floating roof, such that it will readily detect any ignition of leaked vapour that may occur. There are considerable variations in the way that rim seals are mechanically arranged and fixed. Each should be separately and thoroughly inspected to determine the most suitable and practical mounting method for the cable. Brackets carrying the cable are usually fixed to cover the motion point of the pontoon’s secondary seals at the wall of the tank. Brackets for the LHDC can also be mounted to the primary scissors (or ‘pantograph’) seal.

As the pontoon for the floating roof rises and falls with the varying levels of the liquid contained within the tank, electrical connection between the detection cable and the control panel can sometimes prove problematic, so an ATEX-approved automatic cable-reeler, with a 23-metre four-core cable, is used to maintain contact. Two cores are used to supply the LHDC and the other two are used to connect an end-of-line monitoring resistor, which can be located outside the tank. The cable-reeler is installed on the rim at the top of the tank and connected to the junction box on top of the roof of the floating pontoon, continually adjusting to its movement. The reeler automatically dispenses more cable as the level of the stored liquid falls, and winds it back in whenever the level rises.

These cable-reelers are enclosed within a cabinet of either 316 or 304-grade stainless steel. Alternatively, a self-supporting, four-core coiled cable can be used with a stainless-steel cable-collector on the top of the floating-roof pontoon. The coiled cable is connected between two junction boxes ─ one positioned on the floating roof and the other on the rim at the top of the tank.

The Corrib reservoir is a gas field located 83km off Ireland’s north-west coast with the potential to supply up to 60 per cent of the country’s gas needs. The Bellanaboy Bridge Gas Terminal is one of four distinct parts of the project, operated by Shell E&P Ireland Limited (SEPIL). The gas is processed, dried and stored at the terminal before it joins the country’s pipeline network (operated by Bord Gáis Eireann).

An SIL2-certified LHDC system from Patol was chosen to protect the eight sealed floating-roof tanks constituting the facility’s tank farm. The system, which is specifically designed for use in the petroleum, oil and gas industries, is intended to ensure the safe operation of electrical equipment by limiting the energy available for ignition within the tanks. The digital LHDC system includes an automatic cable reel with fixing clips that were adapted and modified specifically for the Bellanaboy Bridge tank farm. The aim of the modifications carried out to the custom-fitted system is to deliver the highest standard of fire detection.

Patol offers fire and safety-control equipment and specialist services to industrial customers. The company’s linear heat-detection cable is continuously monitored and provides open-circuit (fault) and short-circuit (fire) notification via an end-of-line device. It can be supplied with a stainless-steel earthed over-braid, which eliminates the risk of electro-static discharge. It has a response time of less than 10 seconds after exposure to a small flame.