THE CAPACITY of the Securiton Aspirating Smoke Detection (ASD) system to protect large open areas from the threat of fire has been demonstrated in an application for a police authority in the north of the UK. 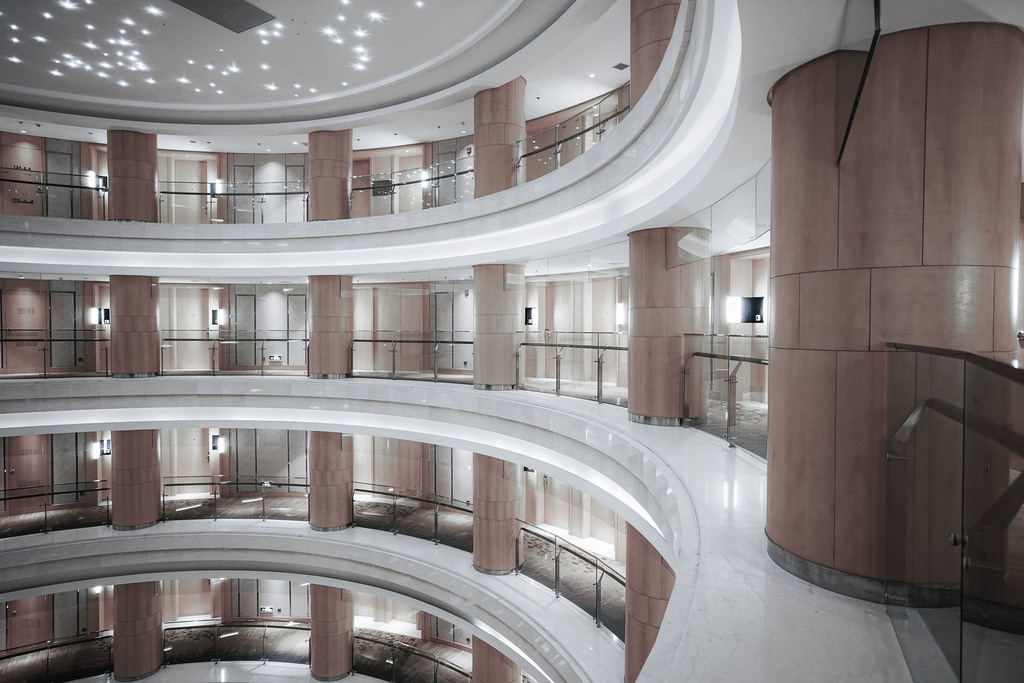 Patol is the UK distributor for the German manufactured Securiton ASD range and supplied a Securiton ASD 535-2 detector specifically to protect the atrium of a new Police Command Centre. ASD is widely acknowledged as being particularly suitable for atria through its ability to overcome the effects of smoke stratification - where the smoke has insufficient buoyancy to rise - which makes it especially challenging for other forms of fire detection. However, this application proved even more difficult, with another ASD system already having failed to provide the necessary level of early detection required for such a critical facility in police response capabilities.

Patol was brought in to find a solution. An immediate advantage was the fan employed in the ASD unit, one of the most powerful on the market, which enabled more air to be drawn into the detector for sampling. This was coupled with an engineered approach which saw the air sampling pipework fed through a void into the Command Centre’s large atrium, using capillary tubes to connect to flush sample holes in the atrium ceiling.

The ASD 535-2 is Securiton’s solution for large scale applications. With the ASD 535 available in single or two channel options, the latter was chosen to meet the needs of this demanding project. Each channel and its associated pipework were responsible for a zone, represented by two rows of flush sample holes. The powerful fan, with its radial speeds of 1-5, allowed long pipe runs (including the extensions into the capillary tubes) to be achieved. Despite the fan’s powerful performance, a characteristic of the detector is its quiet operation.

Precision and reliability were also key criteria in the selection of the Securiton technology, given that false alarms needed to be kept to a minimum given the criticality of the Control Centre’s operation.

The Securiton ASD range is approved to EN54-2 class A, B & C, with the ASD 531, ASD 532 and ASD 535 offering scalable high sensitivity, from small single premises right through to large facilities.