Every seven seconds a fire occurs in the world and at sea fires are the second largest cause of vessel loss, warns Clare Hunter. 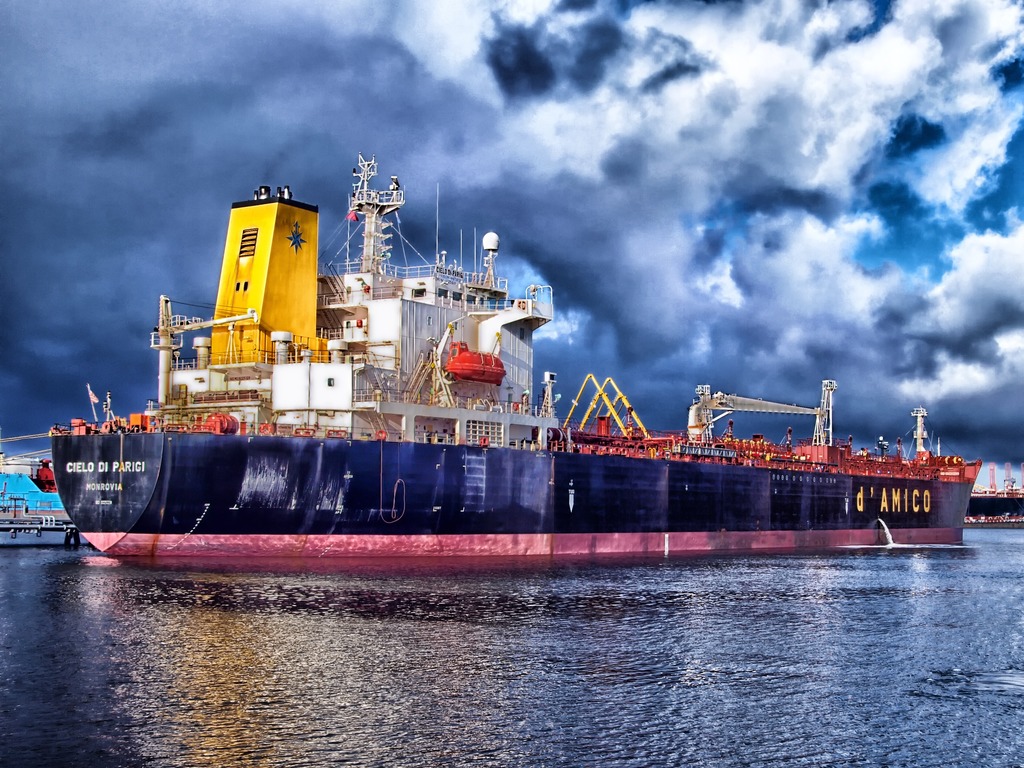 SHIPS ARE their own fire brigade when at sea and they have onboard firefighting drills and fixed CO2 fire suppression systems. Yet while some vessels let the fire blaze until the ship must be abandoned, others have competent crews who can successfully extinguish the fire event before it takes over. So, what can we do to ensure more vessels achieve fire safety standards that protect safety of life, assets and vessel?

Ro-ros are roll-on/roll-off ships that are designed to enable vehicles such as cars, trucks, lorries, trailers and so on to be driven on and off the vessel under their own impetus i.e. wheeled cargo carriers. Many people in the UK would have experienced such a vessel when crossing the Channel. Due to the vessel structure and its cargo configuration: namely vehicles of differing shapes, sizes, weights, values, contents being transported, fuel types and so on, which commonly requires the decks to be open spaces, there is a huge risk of fires spreading rapidly throughout the vessel.

Most of the goods you see in our stores are brought to the UK by sea. Ro-ros are the most prevalent vessel type bringing over 40% of our goods into the country, which makes them fundamental to trade. Yet between sea and land there is a lack of contact, whereas cohesion would enable best practice to be shared from both sides in order to reduce the risk of fire overall.

Commercial vessels’ approach to fire can vary between attacking to accepting defeat. The approaches depend on a range of variables such as:

Dealing with fires at sea

In the Royal Navy, the case is clear that the approach is to “attack”. In the UK, this comes under the Naval Damage Control term; in the US under safety and survivability. One reason for this attitude may be that the nature of the defence vessel is one of having many more well-trained personnel than the average commercial vessel and incredibly valuable strategic assets.

The concern for commercial fleets may be that they cannot rely on having such incredibly well drilled, competent crew as the naval forces have. Their crew may not have the skill sets or training that would equip them to conduct firefighting tasks. Thus, in order to protect the crew’s personal safety, the master would sooner remove them from the danger zone than attempt to extinguish the fire.

However, the risks are too high not to offer commercial vessels the opportunities to protect themselves. There are risks to personnel if the fire is not contained, potential cargo damage, risk to the vessel itself, especially if the engine room is the origin which could render the vessel unable to sail, which may be highly dangerous if far off the coast and in tricky sea and weather states. Moreover, insurance liability and reputational damage could be priceless.  So I’d argue that attack is the best form of defence for ro-ros fighting fire at sea.

While watertight integrity of the exterior doors, hatches, hatch-covers and shell doors is critical to ensure no water ingress, the interior compartment integrity is also important. This is because the vessel can protect separated compartments from flooding, or in the case of fire, prevent the heat, gas and flames spreading throughout the vessel. However, as aforementioned, firestopping can be more difficult to achieve on ro-ros due to their lack of compartmentation on the vehicle decks.

The North of England P&I Association support the argument that fires on ro-ros are complicated by the very vessel design being such large open spaces and due to the fact that there are large ventilation systems in order to extract the vehicle fumes on loading and offloading. NEPIA 2017 Loss Prevention Briefing: “Vehicle deck fires can escalate quickly and develop to a point where it is difficult to contain or extinguish”.

Compartmentation is critical and as such the ventilation system must be shut off in order to reduce the oxygen content below the level at which a fire can survive. This may seem a simple case of an open/closed button; however, the reality of ships at sea has given anecdotes whereby the crew are terrified to take responsibility for the closing of the vents due to the confusion that they might open them, thus further fuelling the fire and increasing the danger. The NEPIA briefing further states that the more effectively a cargo space can be sealed, the better chance the vessel will have of containing and extinguishing a fire.

The first step aligns with the need to prevent the fire spreading by use of barriers. The second step regarding firefighting systems omits to mention the various other more commonly used gaseous systems. CO2 is often the preferred gas due to very low cost and effectiveness and 1kg of CO2 in liquid form stored in high pressure cylinders converts to 500l of gas once actuated. Clean agents like Novec™1230 and FM-200® are also used, and some halons are still found on older/military vessels.

One of the solutions would be better implementation of the existing firefighting methods onboard ro-ros. For example, training the crew on the use of the ventilation system, so it can be shut off more quickly upon identification of a fire event. And secondly, ensuring that the fixed fire suppression systems are properly maintained, not just with annual checks to comply with IMO regulations, but more frequently so that the crew are thoroughly practiced in its operation, so whether it is a sprinkler system, CO2, clean agent etc, the system is in fighting form.

A ship still sails without monitoring the contents of its FFE gaseous systems. Because these are stored under pressure they are subject to risk of leakage or accidental discharge, as would be any other pressurised system. But the key at sea is that this system is the only pressurised system left unmonitored. It could be easily remedied and if combined with an emphasis on full routine and periodic maintenance and inspection rather than certification being the key priority, then fire systems would rapidly lose their current prime position as the no 1 cause for port state control detaining ships.

Ro-ros could reduce the risk of fire by implementing the Royal Navy’s concept of attacking the fire. I strongly suggest that they could do so most effectively through gaseous means. There are two ways to implement this via CO2 or Nitrogen. As this is the first time this has been openly discussed in public, the methods that I outline are not in great detail and I’d urge you to please contact me for more information.

CO2 deck compartment system
This would be utilising the technology currently widely available in commercial shipping but introducing it into ro-ro decks. Although the decks are not themselves compartmentalised, one would install the system in sections so that only one area of the deck would have the CO2 actuated – keeping it localised to suppress the fire event. This would be more efficient than flooding the entire vessel and reduce the risk to crew life.

Nitrogen flooding to inert the environment
In tankers, they introduced the method of inerting the environment in which their sensitive cargo is situated, to reduce the chance of explosion and fire. Commonly, tankers would input the exhaust gas from the engine room into the holds so that there was a protective layer of oxygen-reduced air (making it inert) above the cargo preventing it interacting with normal air. So for ro-ros, installing nitrogen generators onboard which are capable of converting air to inert gas by removing the oxygen would be one method. Another would be to install inert gaseous suppression systems which would be able to instantly release inert gas into the environment and thus extinguish a fire.

It is key to remember that a ship at sea is its own fire and rescue service, operating in a self-contained manner and that no amount of certification-driven inspection will compensate for basic engineering and scientific principles being applied to something that is the only thing that separates a fire event from a catastrophic loss of life, vessel and cargo.

Clare Hunter is head of marketing and communications at Coltraco Ultrasonics. For more information visit www.coltraco.co.uk or email cmehunter@coltraco.co.uk