TWO MEN have been convicted of manslaughter following the death of a man on New Year’s Day. 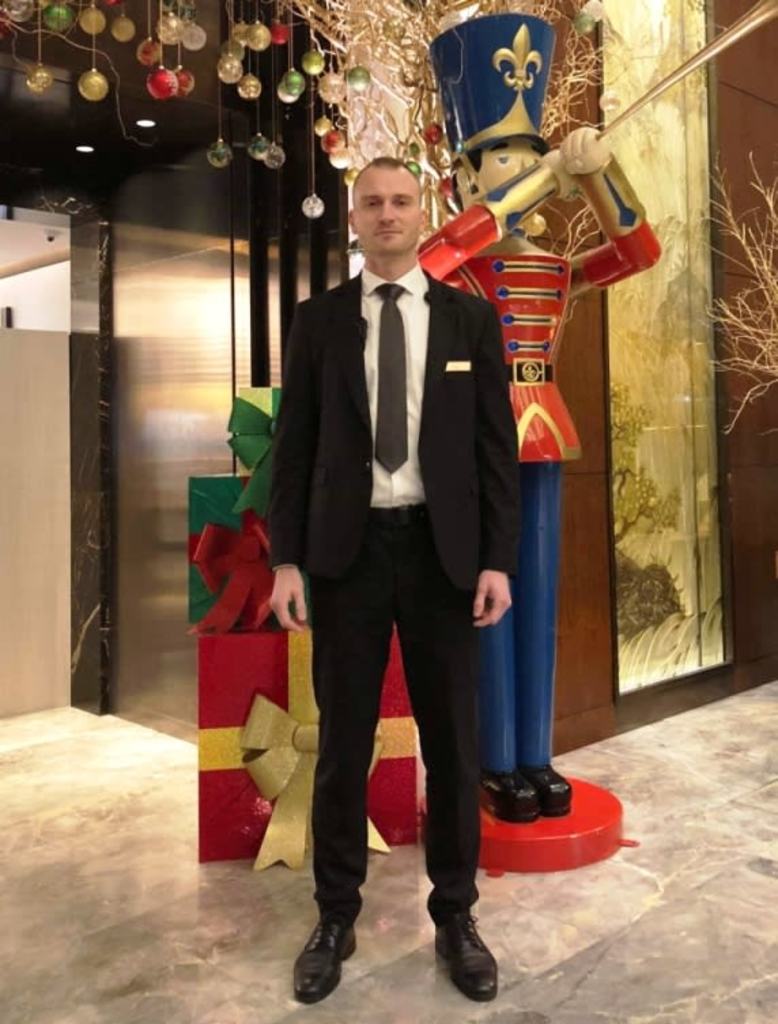 Tudor Simionov, aged 33, was fatally stabbed as he worked as a security guard at a private party on 1 January 2019.

Nor Hamada, 23 (31.12.95) from Brent was found guilty of violent disorder on 2 September and not guilty of GBH (x4). The jury were unable to reach a verdict on him in respect of charges of murder and a further GBH.
They will be sentenced at the same court on a later agreed date.

The jury found Adham El Shalakany, 24 (16.06.95) of Hammersmith and Fulham, not guilty of violent disorder, while Shaymaa Lamrani, 26 (17.10.92) of Hillingdon, was found not guilty of perverting the course of justice.

The court heard that Mr Simionov had been employed to assist with security at a party at 80 Park Lane on 31 December 2018, along with a number of other staff.

At around 05:30hrs, the defendants attempted to gain entry to the premises but were refused access by the door staff.

An altercation followed during which a number of door staff were injured, many receiving stab and slash wounds.

CCTV of the incident showed Mr Simionov was stabbed at 05:32hrs as he attempted to intervene in an attack on a colleague.

Despite the efforts of the emergency services he was sadly pronounced dead at the scene at 06:05hrs.

A post-mortem examination gave the cause of death as a single stab wound to the chest.

Detectives from the Met’s Specialist Crime command launched a murder investigation and via CCTV identified the group travelling through a nearby garage forecourt on their way to the party.

Footage played in court showed the six-minute altercation in which a number of victims were violently attacked before Mr Simionov received his fatal wound.

No weapons have ever been recovered.

Following the attack, the attendants fled the scene in a range of cars.

In the days following the murder, Khalil fled to Morocco and after returning to London was arrested at his home address on 29 January at which point he unsuccessfully attempted to evade arrest by jumping out of a window.

Ossama Hamed, 26 (02.08.93), of Hillingdon, is believed to have been involved in the altercation and remains wanted by police.

Detectives are keen to hear from anyone who may have information on his whereabouts.

His last known location was in Morocco but it is possible that he has travelled on from there. He is not believed to be in the UK.

Acting Detective Chief Inspector Garry Moncrieff, who led the investigation, said, “This was a sustained and brutal attack in which the defendants acted together as a group and were intent on causing serious harm to anyone who stood in their way.

“Their actions that night have left Tudor’s family completely devastated and their lives will never be the same.

“These men attempted to evade police but thanks to a painstaking investigation which included hundreds of hours trawling through CCTV and mobile phone footage, they are now likely to be spending a long time behind bars and off our streets.

“We believe Ossama Hamed played a significant role in this attack and we are determined to find him and get Tudor’s family the justice they deserve.

“Anyone who thinks they may know his whereabouts or has any information which could help lead us to him is urged to call the incident room on 0208 358 0300.”

Madalina Anghel, Tudor’s girlfriend, said: “Tudor and I met three years ago at university in Romania and in October 2018 moved to London to start a new life.

“Tudor was a professional rower who had been successful in many competitions. He believed that moving to England would be an opportunity to focus on his sport.

“On 31 December 2018, Tudor had gone to work as normal when his life was suddenly taken away. He just happened to be in the wrong place at the wrong time; he was simply unlucky.

“Tudor was only 33 years old and we had planned our whole lives together. He was always thinking about everyone else and putting others first. He was the kindest person I knew and by losing him, I have lost everything.

“I am pleased those involved have been convicted but we must now keep working to find Ossama Hamed who remains on the run from police.

“Nothing can change the past and we cannot bring Tudor back, but finding Ossama Hamed and bringing him to justice will help me find closure after all that has happened.

“I would ask anyone who has any information on his whereabouts to speak to police as soon as possible. Imagine how you would feel knowing one of those involved in the death of your loved one was still walking free.

“Someone, somewhere must know where he is.”