ON TUESDAY 29 March at 10.30 am, Fire Safety Matters hosted another webinar in its ongoing CPD series. The focus on this occasion was ‘Flexible Evacuation Solutions to Meet BS 8629’. Brian Sims reviews what was said on the day by subject matter experts from webinar sponsor Advanced and Veritas Fire Support Services. 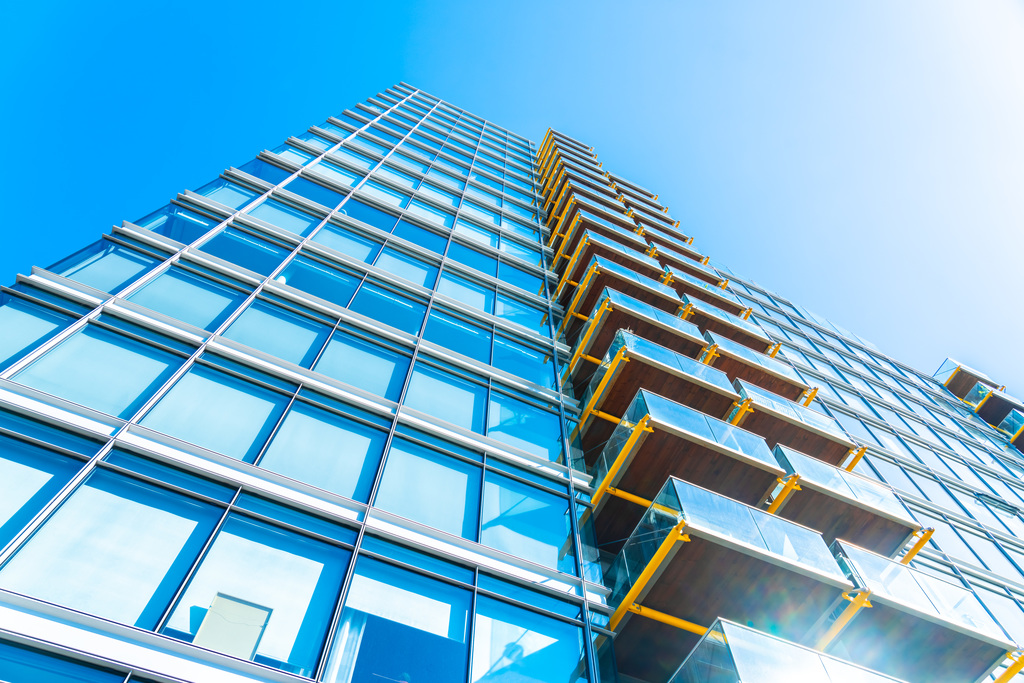 It’s now common practice to install automatic fire alarm systems in high-rise residential buildings in order to reduce the costs associated with ‘Waking Watch’ provisions while potentially unsafe cladding is removed from the exterior of the premises and remedial safety-focused work is duly completed.

‘Over-engineering’ temporary systems will allow conversion to an evacuation alert system once a designated fire risk assessor has confirmed that the ‘Stay Put’ policy for the building under consideration can be reinstated.

Following the Grenfell Tower tragedy, the fire industry had a duty to respond. Meaningful change was required and, with the introduction of BS 8629:2019, the safe and effective egress of all occupants present within a building has been identified as critical to the success of any life-saving evacuation operation. Those responsible for the protection of high-rise residential buildings can now refer directly to this Code of Practice for the Design, Installation, Commissioning and Maintenance of Evacuation Alert Systems for Use by Fire and Rescue Services in Buildings Containing Flats.

In England, the Code of Practice’s recommendations are strongly advised for new buildings taller than 18 metres above ground level that contain flats and deemed equally relevant as Best Practice for existing buildings. In Scotland, the installation of evacuation alert control indicating equipment (EACIE) is now mandatory for tall buildings.

Set against this backdrop, the Fire Safety Matters webinar that ran on Tuesday 29 March gave an overview of the BS 8629 recommendations. There was also a desire to review the Code of Practice from the fire risk assessor’s perspective with a focus on common design errors, Best Practice in provision for the hearing impaired, premises information boxes and fire doors as well as customer expectations.

After a short introductory video introducing the core theme, Ken Bullock (business development manager for emergency evacuation systems at Advanced) began proceedings by referencing the tragedy that played out back in June 2017 when fire engulfed Grenfell Tower. There were no plans in place to evacuate the building.

The subsequent Hackitt Report entitled ‘Building a Safer Future’, of course, included a series of recommendations, among them the need for up-to-date information about resident individuals with reduced mobility and their associated Personal Emergency Evacuation Plans located in premises information boxes.

Bullock focused squarely on simultaneous evacuation guidance. The National Fire Chiefs Council published its first guidance on this subject in 2017. “We’re now on the Third Edition of this document,” asserted Bullock, “with work already in progress on the next iteration. This guidance provides a clear path for risk assessors to take a building from a ‘Stay Put’ policy to simultaneous evacuation while unsafe cladding is removed from the structure.”

Common fire alarm systems are not normally used in those buildings where there’s a ‘Stay Put’ strategy. There would typically be a BS 5839-6 system in place. This warns flat residents of any issues in the building, with the flats themselves compartmentalised to resist fire ingress for a stated time. With some engineering work, L5 systems can be converted into an evacuation alert system for use by the local Fire and Rescue Service.

“The loop configuration would have to be over-engineered,” stated Bullock, “as there would need to be a 72-hour battery back-up for an evacuation alert solution, whereas it would only have to be 24 hours for the standard fire detection and alarm system. The loops must be broken down correctly.”

Cabling requirements must also be considered. BS 8629 outlines the use of enhanced fire alarm cables with metal ties and fixings as well as compartmented trunking if the latter is employed. “All of this must be in place before we can even think about converting the system,” stated Bullock.

Heat detectors would be placed by each opening window in a given flat and sounders added to warn residents of the need to evacuate should a fire scenario arise. “Sometimes, work might also need to involve fire doors within the premises,” said Bullock. “Additional detection measures may be required near the fire doors if this has been highlighted as an issue during the risk assessment procedure in terms of the fabric of the building.”

It's becoming common practice to install temporary systems that are wireless in nature. There’s less disruption in terms of the installation process and, indeed, for the residents themselves. “Wireless systems can be used for BS 8629,” noted Bullock, “but you might actually want to look at using the parts or elements of the system you’re going to maintain to be a wired element. Access to high-rise properties can be quite difficult. If we wire the elements we’re going to keep (ie the sounders), this may save issues arising when it comes to access for changing the batteries on the sounders at stated intervals.”

Under BS 8629, each flat has a very unique requirement for short circuit isolation. This is by design within the Code of Practice. Isolators must be located in the protected area (ie the corridor or the riser). Wires are then spurred off to each of the apartments and the sounders.

There’s a need to make sure that the Fire and Rescue Service is involved in the evacuation process right from the start. One of the fire risk assessor’s tasks is to make sure this is the case. It’s also vitally important to have all of the systems on site properly installed and maintained.

When the simultaneous evacuation system is being put in place, the premises information box needs to be brought into play because it’s going to be a vital source of information for firefighters. Importantly, the residents must be wholly involved in the process. They need to be aware of sounder tones and know precisely when to evacuate.

“Under the definitions of a BS 8629:2019 system,” continued Bullock, “it’s very clear that there are no other inputs or outputs. For clarity, it’s not a fire detection and alarm system. Neither is it an output system for smoke ventilation or lift control-type solutions, for example. Once the building has been reverted to a ‘Stay Put’ situation, BS 8629 can then be used for the evacuation system.”

Bullock concluded: “Compliant and secure enclosures are vital. They need to meet LPS 1175 or STS 205: Issue 4 Class BR2 standards. They have to withstand attempts at vandalism. Any breach could lead to nuisance alarms. Too many of them and a situation could arise whereby residents don’t respond. The enclosures must be locked with a key that cannot be copied, with the lock cylinder conforming to BS EN 1303.”

Owner of Veritas Fire Support Services and a certified fire risk assessor, Steve Dilloway’s presentation then focused on what BS 8629 is designed to deliver from the end user’s perspective with involvement from the certified risk assessor and taking into account the BAFE SP207 Scheme relating to the Design, Installation, Commissioning and Maintenance of Evacuation Alert Systems, which itself was launched back in October 2020.

“Risk assessments should only be conducted by those individuals and companies listed on the SP207 register,” affirmed Dilloway. “From the customer’s perspective, adhering to this point means that the appointed risk assessor can demonstrate competency for this specialist form of work.”

Interestingly, Dilloway then concentrated on common errors in evacuation system design. Embellishing Ken Bullock’s earlier comments on looping arrangements, Dilloway explained: “A minimum of three loops should be the basis of the design for buildings over and above ten floors in height, but without a loop calculation you’ll not know how many loops are needed. Overloaded smaller loop systems will not work.”

In terms of how many evacuation alert zones will be necessary, this will be a minimum of one per floor and, possibly, two wherever there’s a mezzanine/duplex or the building is otherwise wider than it is high and contains longer corridors. Once again harking back to Bullock’s comments, Dilloway observed that there must be no plastic trunking, while cables cannot be red or white in order to avoid confusion with other services.

The EACIE controller should not be mounted in a position which blocks the only/main escape route. It should not be located behind the principal escape door and must be flush-mounted to the wall when put in position.

What about provision for the hard of hearing? It’s worth bearing in mind that only 70% of the total available loop current ought to be employed for supporting those residents who are in some way hearing impaired.

“One sounder per flat is unlikely to meet the decibel levels required by BS 8629,” confirmed Dilloway. “The likely number will be between two and four depending on the layout. If there are elderly residents at the premises, their hearing quality is likely to be between 15% and 20% below the levels of younger occupants. This needs to be taken into consideration.”

At the moment, it’s not considered appropriate, acceptable or good practice to ‘bolt-on’ Part 6 domestic devices to a BS 8629 system. Worryingly, though, this appears to be happening. “With only 15 assessors listed on the SP207 register,” said Dilloway, “there is likely work being done outside of scope whereby shortcuts could well be causing instances of non-compliance.”

Back in 2020 at the start of the process, the use of radio systems in evacuation projects was the subject of much discussion. As things stand at present, the expected process for radio is that you can use radio devices in flats, but the core cabling that runs up the building has to be linked to transmitters and receivers on the landing. Two per floor would yield some element of overlap. It’s not considered good practice to completely dispense with cabling in favour of ‘radioing’ the whole building. Further, building services should not be linked to the evacuation panel.

“There’s a requirement within BS 5266 relating to emergency lighting that the evacuation control unit must provide 15 lux for a period of three hours,” concluded Dilloway. “In practice, a specific lux test is going to be necessary in order to ensure that this level of provision can be met.”