Taking Fire Safety to Another Level

AS AN industry, we’re now well versed and experienced in the value of sprinkler systems. Here, James Broadest explains precisely why it’s crucial to deliver continuing education on this matter so Government bodies and building owners alike recognise the truism that substantial costs – and lives – can be saved thanks to retrofitted fire sprinklers. 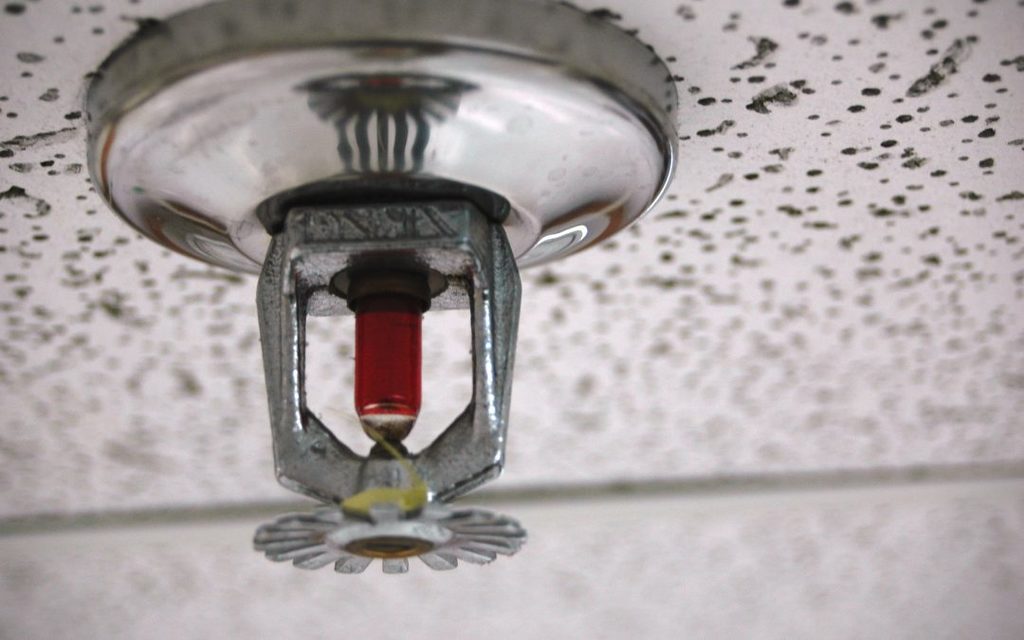 In the immediate aftermath of the tragic Grenfell Tower fire, suggestions for improvements when it comes to fire safety in tower blocks were high priority, with demands for upgrades in alarm systems and the installation of fire sprinkler systems part of the mix. Notwithstanding the most obvious proposal to ban the use of combustible materials (such as cladding) on external coverings, which could lead to rapid spread fire in buildings.

Unfortunately, it often takes a tragedy such as that which occurred at Grenfell to spur local ordinances on to force the issue. In response to the outcry, the Government established the Building Safety Programme.

The Ministry of Housing, Communities and Local Government (MHCLG) along with the Home Office identified over 400 high-rise buildings with unsafe Aluminium Composite Material (ACM) cladding, and worked with local authorities and Fire and Rescue authorities to ensure that appropriate interim safety measures were put in place. Additionally, on 17 October 2018, the MHCLG highlighted the release of funding to remediate high-rise social sector residential buildings with ACM cladding that’s unlikely to meet Building Regulations.

Furthermore, the Government placed a ban on combustible materials on new high-rise homes, implemented through the Building (Amendment) Regulations 2018. These came into force on 21 December 2018 with a two-month transitional period. The Government then committed to review the effectiveness of the ban after 12 months had passed.

Unfortunately, those with privately-owned properties in high-rise buildings were left to fend for themselves, with homeowners being asked to make huge payments to enable work to be carried out to investigate and remedy perceived fire safety issues.

The knock-on effect of this dangerous cladding type has been significant, with some homeowners either unable to sell their properties, facing increased insurance or mortgage premiums, funding round-the-clock fire patrols and/or ultimately being left to reside in an environment in which they feel unsafe.

After private building owners failed to take action and tried to offload costs on to leaseholders, on 9 May last year the Government announced its commitment to fund the remediation of high-rise private sector residential buildings with ACM cladding systems, and also to speed up vital cladding replacement. Around £200 million was made available to remove and replace unsafe ACM cladding from privately-owned high-rise buildings.

While the Government announced in March this year that it will provide yet further funding of £1 billion in 2020 to 2021 to support the remediation of unsafe non-ACM cladding system for both the private and social housing sectors, more needs to be done as properties remain at risk of fire and the potential for a recurrence of the devastation witnessed at Grenfell Tower remains a high probability.

Thankfully, the implementation date for changes to Approved Document B have now been set and all new build residential flats above 11 metres must be fitted with automatic fire sprinklers by 26 November. Dr Jim Glockling, technical director at the Fire Protection Association, has noted: “In situations where occupant evacuation and Fire and Rescue Service attendance might be delayed due to mobility or building complexity issues, sprinkler systems are known to save lives where smoke detection alone is insufficient.”

As a business we’re in full agreement with that assertion, but while this is a positive step to avoid further repercussions, there should also be an impetus on the retrofitting of sprinklers into existing high-rise buildings. This will help combat concerns, significantly reducing remediation costs, increasing property values and reducing the risk rating of poor compartmentation and cladding issues.

Most importantly, installing sprinklers in these types of buildings will result in saving lives. It’s well documented that sprinkler systems control or extinguish fires in 99% of cases and, in the UK, no-one has ever died in a fire while inside a building fitted with properly serviced and maintained working sprinklers.

While there’s no mandatory requirement to retrofit sprinkler systems within existing premises, the National Fire Chiefs Council, the Fire Brigades Union, the Association of British Insurers, the Fire Protection Association and the Fire Sector Federation (among others) have all called for the retrofitting of sprinklers.

However, retrofitting existing structures with sprinklers is repeatedly viewed as an overly expensive and complicated proposition, while there’s no obvious financial incentive for existing building owners to do so.

Additionally, owners and residents often see the installation of sprinklers or fire alarms as being synonymous with huge mess and disruption, as this requires that the equipment must be fitted around existing structures, furnishings and finishes while residents remain in the building. Ultimately, fire sprinklers and alarm systems save lives and can avoid immense damage to property as well as follow-on costs.

A pilot project sponsored by the sprinkler industry through the British Automatic Fire Sprinkler Association was undertaken pre-Grenfell (back in 2011, in fact). The project resulted in the retrofitting of a fully comprehensive sprinkler system in a 1960s high-rise residential block, itself 13 storeys high and playing host to 47 flats. The resulting report demonstrated that it’s both cost-effective and practical to retrofit automatic fire sprinklers in occupied, high-rise social housing blocks of that period without disturbing residents. There are many more examples of how this can be achieved, and much comment on the need for such implementation.

With all the recent announcements, it’s inevitable that, in the next few years, we may well see a wave of retrofit projects bringing sprinklers to existing high-risk buildings. With good planning and communication by all involved, the process needn’t be challenging or expensive. System designers must work closely with suppliers and installers to constrain costs, minimise disruption and ensure that all projects can be completed smoothly and economically, while also keeping safety at the forefront of everything that’s done.

Wherever possible, the impact of installing new systems must be reduced by using existing systems and where, this isn’t possible, by making effective use of existing risers and cableways, boosted water supplies as opposed to installing new tanks and pumps and employing the latest technology in order to minimise building works.

In some cases, it’s advisable to look at creating small bulkheads in order to deliver pipe and cable routes which, in turn, will reduce the need for destructive and messy building works. Recessed sprinkler heads and detection points can also be implemented while sounders may be concealed behind other features such as shadow gaps or behind vents, meaning that there’s no need for unsightly smoke detectors or alerting devices to be on display.

In addition to retrofits, it’s recommended to perform on site assessments (delivered by third party inspectors) during the construction phase of new build high-rise properties. This will aid compliance with new safety checks and reduce the impact of finding and resolving fire safety issues in later development phases.

When it comes to recent risk assessments, compartmentation between common areas and apartments has been highlighted as another significant fire risk within high-rise buildings. With little documentation available from the original build, it’s often difficult to determine whether the issues were inherent during the construction phase or the end result of retrospective works. In either scenario, this should never be an issue if the works are planned and managed correctly in the first instance.

As such, in addition to engaging qualified and accredited contractors to complete the installation works, the best way in which to avoid issues such as this through poor installation during the construction phase or while upgrading is to engage a third party inspector. They can then assist in monitoring and reporting on the construction quality to ensure the building meets all compliance standards and is finished to a high level, in turn reducing any further potential for rapid fire spread in the future.