C-TEC’s ANDY Green commenced his presentation in the Fire & Evacuation Theatre at Fire Safety North with a pertinent question: why do the buildings in which we work have to have a second staircase and comprehensive fire-alarm system, even though we don’t sleep or cook there, yet high-rise residential buildings, where we do sleep and cook, do not? 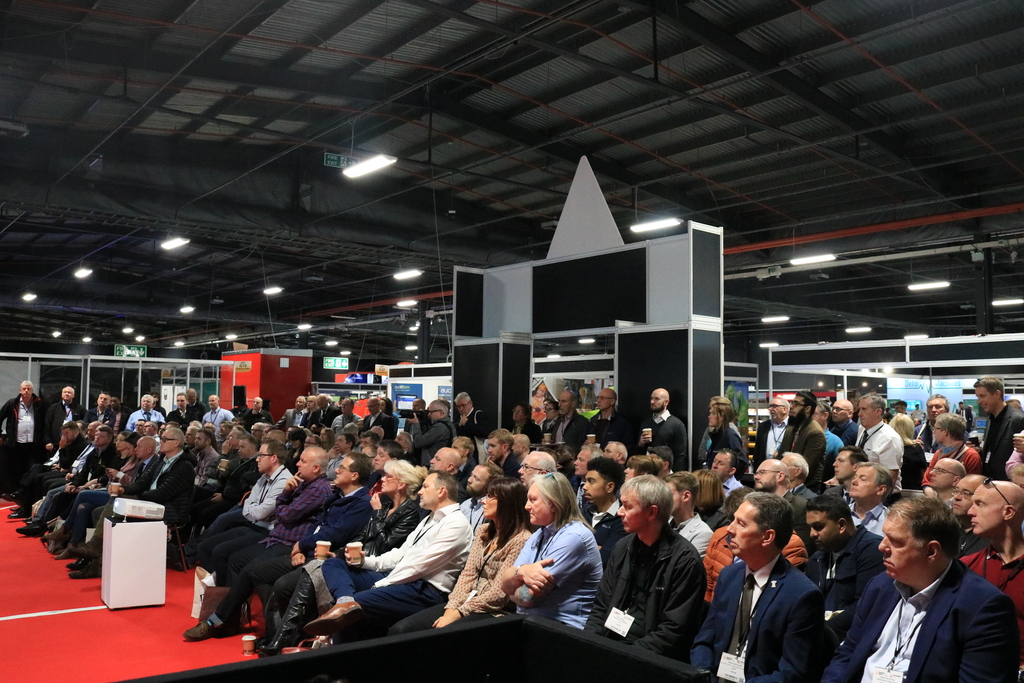 Taking the stay-put policy as his theme, Andy gave a little history on this now – since Grenfell – controversial approach. He said: “It is designed to stop residents not affected by the fire from unnecessarily evacuating the building. The theory is that the way tower blocks are designed makes it safer to stay put.

“However, without a communal fire system in such buildings, how are residents supposed to know that there is a fire in another flat and so determine whether or not they may be affected by it? The lack of communal systems in residential buildings dates back to 1948 and Chapter IV of the CP3 guidance, which held that such systems were undesirable for various reasons, including risk of misuse and vandalism, unnecessary evacuations, cost of installation and ownership, and fears over liability if it were damaged.”

Going back to the difference between places where we work and places where we live, Andy reminded delegates of the relevant standards – BS5839-6, which covers domestic systems, and BS5839-1, which covers commercial systems. The domestic standard covers individual dwellings and does not give advice on signalling fires to anywhere other than the dwelling. The commercial standard, meanwhile, includes five basic levels of protection (L1-5), with L1 being the entire building to L5 being an engineered approach (this is the category normally assigned to the communal areas of apartment buildings).

Andy pointed out that Part 6 is about to be rewritten but will eliminate communal areas from its coverage. “As a result,” he continued, “standards have been written to support a stay-put strategy with no Plan B in place for when that strategy fails, and no account has been taken of modern technology and what could be achieved using sophisticated cause-and-effects and system monitoring.”

While acknowledging that stay-put policies are still supported by fire and rescue services, and that there is data to back up the fact that they have saved lives, Andy pointed out that, to work effectively, they depend on too many variables. He explained: “It depends on the integrity of the structure, compartmentalisation being robust, the fire services being properly informed, stairwells and corridors being kept clear, access for the fire service not being compromised and, above all, residents respecting and cooperating to maintain the integrity of the building and flats.”

He then discussed the National Fire Chiefs Council guidance, which supports a simultaneous evacuation strategy in purpose-built tower blocks of flats where the stay-put policy has been compromised. According to Andy, following this guidance in tandem with deploying modern technology would constitute an efficient Plan B.

He said: “A truly integrated, interconnected domestic and communal system would work by ensuring any faults in an individual dwelling unit would be notified to an alarm-receiving centre off site. By also featuring manual controls, the fire and rescue service would be able to evacuate individual floors or the whole building.

“A proper Plan B like this needs to be in place for when stay-put breaks down,” he concluded.

You can watch FSM's webinar on To Stay Put or not to Stay Put for FREE on demand by clicking HERE.