FOLLOWING ON from a competitive tender process, fire detection solutions manufacturer Global Fire Equipment was appointed to design, supply and commission a new fire alarm system for the Radisson Blu Fujairah, a five-star resort nestled along 500 metres of private beach in Dibba, Fujairah in the North East of the United Arab Emirates (UAE). 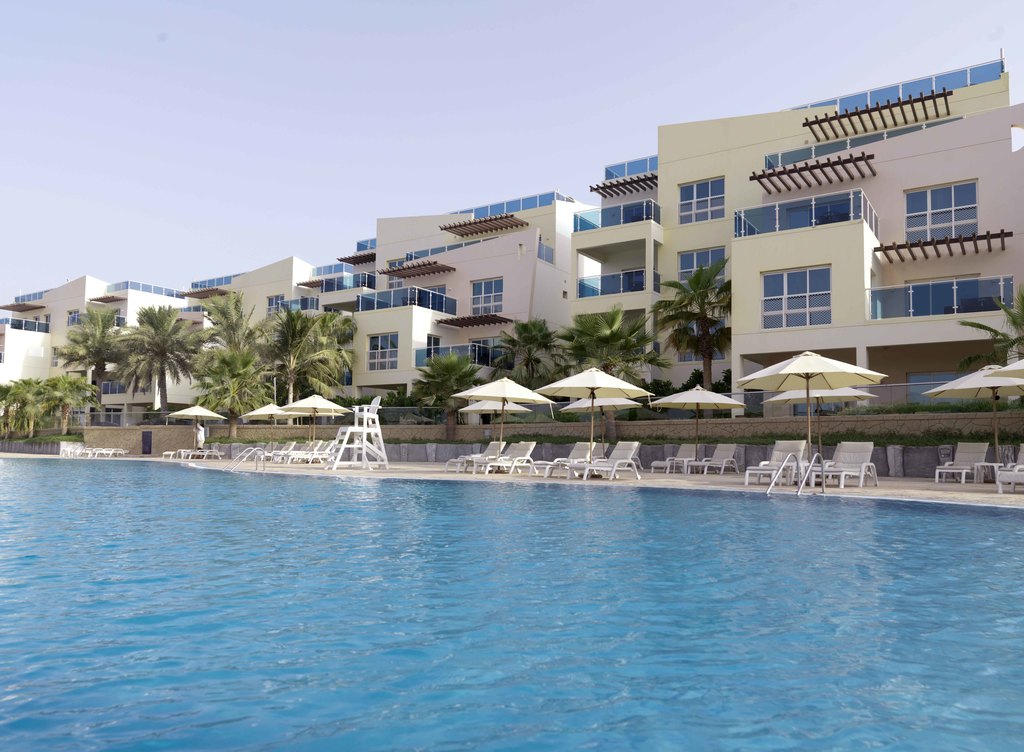 The Radisson Hotel Group is one of the world’s largest hotel companies with more than 1,400 hotels in its portfolio. Its 257-room Radisson Blu Fujairah luxury resort boasts five outdoor swimming pools, a spa, a health club, meeting rooms, a diving centre, restaurants, bars and a kids’ club.

When the engineering team at Radisson Blu was looking to replace the resort’s existing fire alarm system because of mounting maintenance costs, Global Fire Equipment was appointed to design a system for the hotel’s main building and three further connected buildings, along with a health club, a diving centre, a bar and four villas.

Trading under the name of Eurotech in the Middle East, Global Fire Equipment has a well-established reputation in the region having operated there since 2008. As a result, Radisson Blu’s engineering team was already aware of the quality of the company’s fire detection solutions.

Once Global Fire Equipment had designed the new system, the company’s agent in the UAE, namely Najd Electronics & Safety Equipment, undertook the installation, testing and commissioning procedures as they already had the maintenance contract for Radisson Blu Fujairah and two other hotels in the Radisson Hotel Group.

The chosen nine-loop system for Radisson Blu Fujairah comprises two panels. The first panel has four loops, each of which connects to 110 devices covering the main four-storey hotel building and two other connected four-storey buildings.

The second panel has five loops, each of which connects to over 100 devices which cover the third connected four-storey building, the external areas of the three-storey health club, the two-storey diving centre, a bar and the four three-storey villas.

Eng Yaser Ahmed Ouda El Deheny, director of the engineering department at Radisson Blu Fujairah, commented: “When the maintenance costs associated with our previous fire alarm system kept increasing, we wanted to invest in a cost-effective and modern solution that would meet our requirements. The support we received from Global Fire Equipment and Najd Electronics & Safety Equipment throughout the project was excellent. We’re very impressed with the quality of Global Fire Equipment’s fire detection solutions.”

Kamal A Hadi, regional director for the Middle East & North Africa at Global Fire Equipment, stated: “This was an exciting project to work on. It’s the first time we’ve supplied our equipment to the prestigious Radisson Blu hotel group. One of the biggest challenges we faced during this project was undertaking the installation work in a ‘live’ environment where the hotel remained open to guests throughout the installation and commissioning processes. To facilitate this, we worked closely with the hotel’s management team to carry out the work one storey at a time, clearing each area of hotel guests while works continued.”