RICS develops guidance to support valuers on properties with cladding

THE ROYAL Institution of Chartered Surveyors (RICS) has begun the initial process of consulting with valuers, lenders, Government, fire engineers, conveyancers and other key stakeholders in a bid to develop guidance that will support valuers and their lender clients with a framework for valuing those properties with cladding in line with established standards. A public consultation will follow. 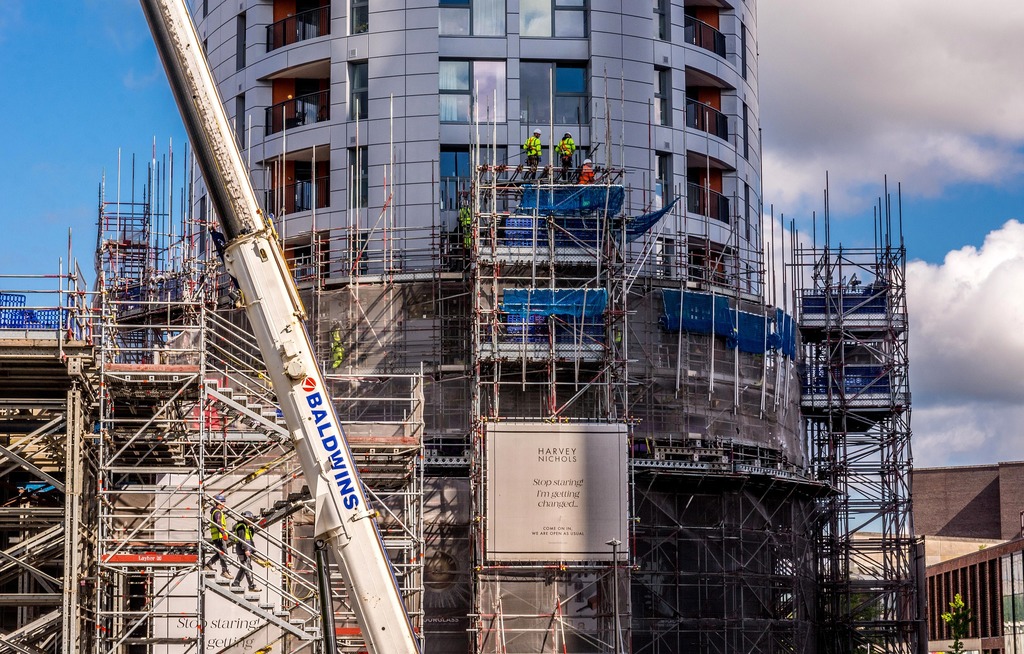 Following on from the horror of the Grenfell Tower fire itself and the dire impact on its victims, the repercussions of the tragedy have been deep and far-reaching, with the latest data suggesting that nearly 10,000 properties still need remediation work to be conducted. Set against this backdrop, the RICS has played a key role, working tirelessly in order to ensure a better and safer built environment.

The loss of confidence in the fire safety of blocks of flats has also severely impacted the property market and leaseholders, with many of the latter still unable to sell their properties due to the absence of mortgage finance and, until recently, facing unaffordable costs for risk mitigation and remediation work.

For this reason, the RICS’ own work also remains firmly focused on safeguarding stability in the property market by dint of working in consultation with industry, professions and the Government.

The EWS-1 Form process was developed and adopted across the lending industry from late 2019. While EWS-1 Forms have, at times, been something of a ‘lightning conductor’ for the despair felt by many, the process has actually been pivotal in maintaining mortgage lending and transactions in the UK flats market for the last couple of years. EWS-1 Forms, along with the RICS’ 2021 guidance on their proportionate application, helped to ensure that the market for residential flats continued to operate at a time of acute stress arising from a loss of confidence in building safety.

With the difficult steps now being taken to ensure funding and deliver protections for leaseholders from uncapped remediation costs in blocks of flats over 11 metres in height, the RICS is pleased to note signs of confidence coming back into the mortgage market. This is reflected in the recent joint statement from UK Finance and the Building Societies Association regarding lending on properties in buildings over 11 metres where remediation is planned (but not complete). The progress is still tentative. While recognising the remaining uncertainty many leaseholders are facing, it’s fair to state that matters are no heading in the right direction.

As stated, the RICS has now begun the initial process of consulting with relevant parties in a determined bid to develop guidance that will support support valuers and their lender clients with a framework for valuing properties with cladding in line with established standards.

This is different to the Guidance Note published in March last year, which supports valuers and their lender clients to take a proportionate and consistent approach towards instructing EWS-1 assessments. That guidance remains effective and supported by all industry stakeholders who depend on the process. One of the largest firms of residential valuers reports that the proportion of its own total valuation instructions of flats where a new EWS-1 inspection needs to be undertaken now stands at 5%.

With the implementation of the Fire Safety Act 2021 and the statutory protections for leaseholders against costs in the Building Safety Act 2022, it’s anticipated that the reliance on EWS-1 will inevitably fall away completely, with external wall fire risk assessments falling into line of the normal fire risk assessment process according to BSI PAS 9980 (itself a British Standard that the RICS helped to create).

According to the RICS, these steps are “game-changers” and lenders will no doubt be working closely with their own credit risk committees – and, indeed, financial regulators – to define changes to their individual policies on lending. It’s to be expected that the Secretary of State will maintain pressure on them to kick-start lending in light of those protections now in place.

Property value is a key determinant of lending decisions, and this is where the RICS and its professional members come into play. The RICS fervently hopes that the new planned guidance will support transparency and consistency of approach to the valuation itself, where a lender instructs the valuer to proceed where the building’s external walls are still awaiting remediation.

Inevitably, there will be increased uncertainty over the accurate value in situations where the timing of works or the method of funding is unclear or disputed, and especially so during the early stages where a strong body of market evidence has not yet built up. “This is why the RICS guidance on the approach to expressing uncertainty and the use of appropriate and agreed assumptions is so important,” explained Luay Al-Khatib, the RICS’ director of standards and professional development.

In the coming months, the aforementioned public consultation will be held such that, as is true of any RICS guidance, the approach will be open and transparent. The organisation is encouraging proactive engagement from professionals, industry, Government, leaseholders and homebuyer groups, as well as members of the public, in order to ensure that all views are considered.

Once the consultation process is concluded, the guidance will be reviewed by the RICS’ independent Standards and Regulation board to ensure that it’s proportionate and in the best interests of the public.

“Resolution of the exceptionally challenging problems in this area will require continued bold steps by leaders across industry and public life,” concluded Al-Khatib. “I hope that we will soon be able to look back and see this moment as the start of the end of what has been a terrible episode that has touched so many.”