Two Metropolitan police officers helped save the lives of residents in a block of flats in Harrow after a fire was reported nearby. 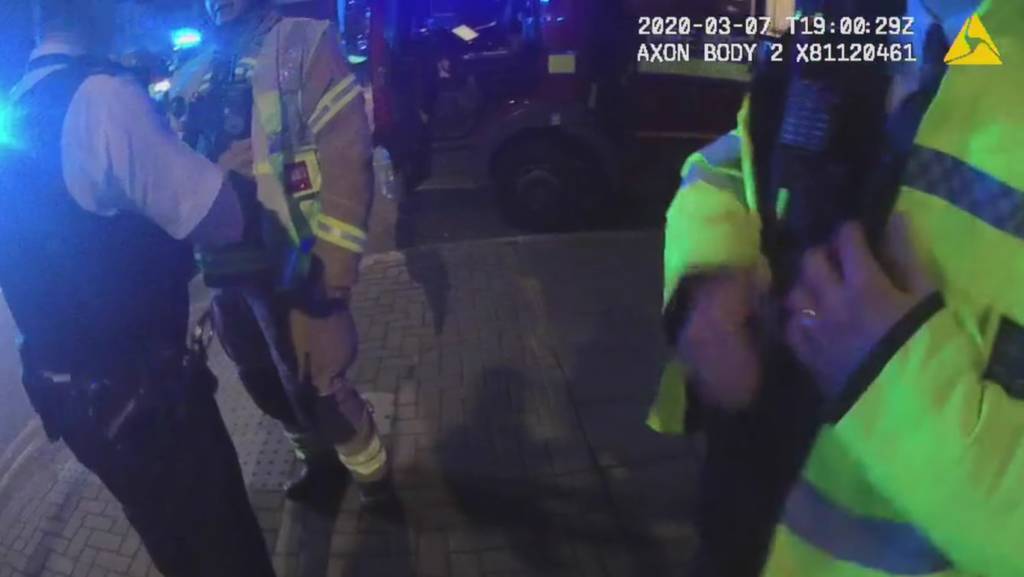 On Saturday, 7 March at 18:39hrs police were called to a fire behind commercial premises on Cranleigh Gardens and immediately called London Fire Brigade.

On top of, and bordering these commercial premises, were a number of residential flats.

The quick-thinking officers forced entry into the residential buildings and alerted residents to the nearby blaze to evacuate them. They were assisted by a member of the public who worked with officers to quickly clear the flats of residents.

All occupants were safely evacuated and some were treated for smoke inhalation by London Ambulance service.

London Fire Brigade arrived at the location and quickly got the fire under control with minor damage to the resident’s homes.

The two officers were also treated at the scene for smoke inhalation.

He said: “I am incredibly proud of the actions of these two officers, thanks to their quick-thinking nobody was seriously injured. Their actions demonstrate the commitment our officers have to protecting the members of the public, who, in this case, had no idea there was a fire in the building beneath them, until our officers raised the alarm.

“My thanks as well to the brave member of the public who assisted my officers.

“Thankfully the officers were not seriously harmed and are back out on duty.”