FIREFIGHTER KEL Watson-Finch and his wife Firefighter Laura Watson-Finch, who are based at Hainault and Romford fire stations, were on holiday with their children in Cornwall and Firefighter Shaun Bishop, from Kingston Fire Station, was also on holiday in the same area with his wife. 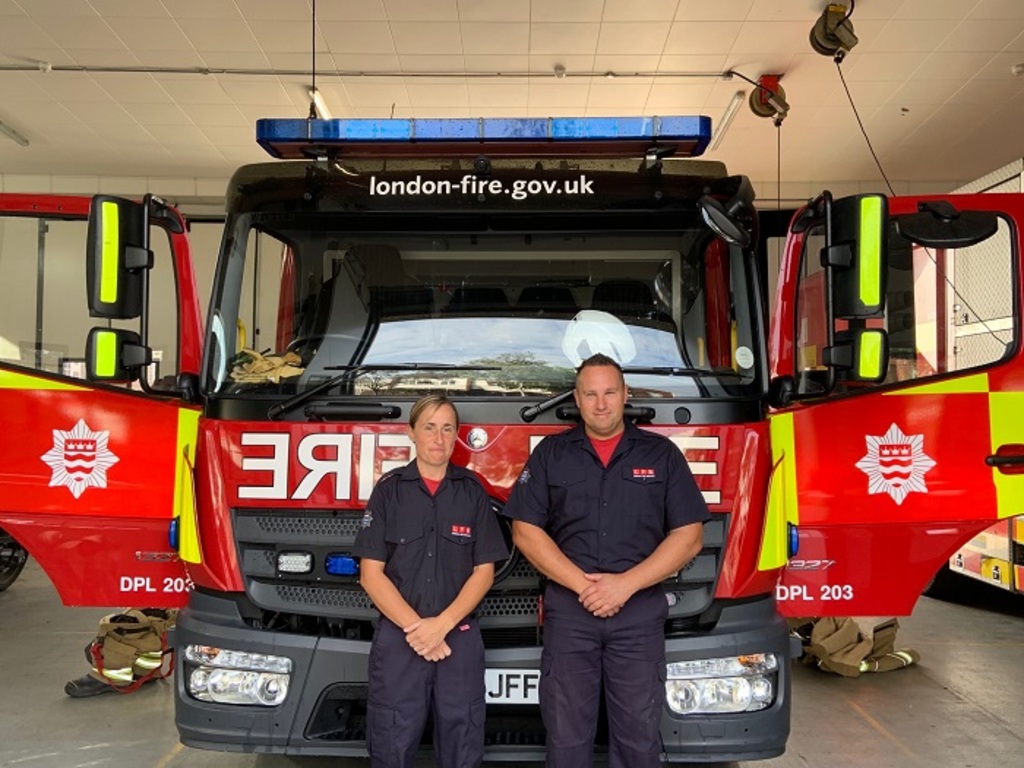 The man who was taken ill was winching a boat back onto Penetewan beach when he collapsed in shallow water.

Several people rushed to the man’s aid, including the three London firefighters who were all on the beach at that time. They used their Brigade-learnt first aid skills to help save the man’s life.

Kel said, “Both myself and my wife sprinted across the beach to the unresponsive man. We checked for a pulse and tried talking to him but we had no response. We then lifted him away from the water onto a slipway with another bystander where we tried again to get a response.

“He was showing signs of agonal gasp and we couldn’t find a pulse so we took it in turns to do CPR.”

The couple were then joined by Firefighter Shaun Bishop who offered to help with the rounds of CPR until paramedics arrived with a defibrillator and the air ambulance landed to take the man to Truro Hospital.

A couple of days later, Shaun and his wife went back to the same beach and met the man’s daughter, who passed on her father’s details so he could be visited in hospital.

Shaun said, “A couple of days later I went to the hospital to see him and found out he is facing a triple heart bypass. As I approached the bed, I saw his wife first and she gave me a massive hug and was crying.

“I shook his hand and he was crying and saying that he couldn’t thank me enough. I felt emotional as well. When I got to him, he was basically dead and to see him three or four days later it was an incredible feeling.”

All three firefighters said they didn't think twice about helping when they saw the man, who was in his late 50s, collapse on the beach.

Kel added, “It was just an immediate reaction to help. We acted purely by instinct with what we saw. The gentleman coming round and showing signs of life showed a positive outcome which is all we could hope for.”