Managing hostile attacks is becoming more challenging as vehicles are used as weapons by terrorists and organised crime groups. Debbie Heald looks at the options to heighten security. 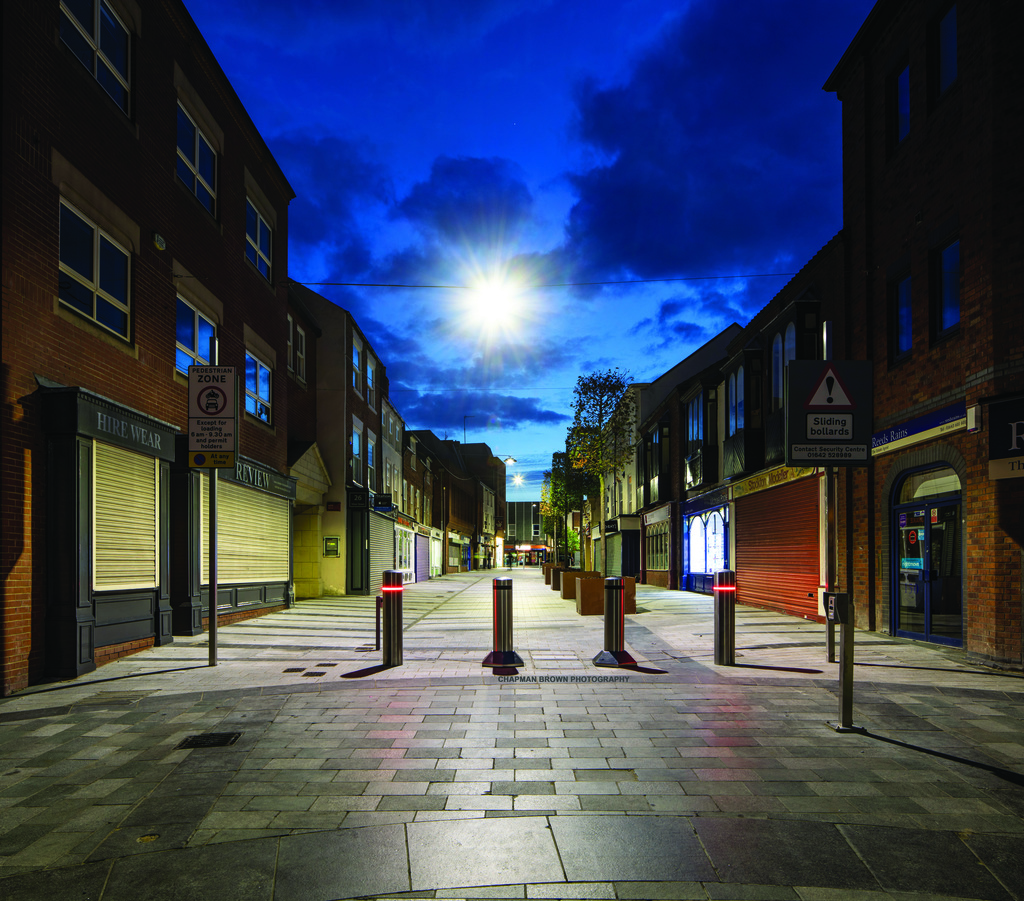 Hostile vehicle attacks have become the weapon of choice over the past few years, and it is no surprise considering that it is such a swift and easy process for an individual to gain access to a vehicle, whether through legitimate means or not. And while hostile vehicle attacks are typically associated with acts of terrorism, organised criminal activity such as ram-raids are on the rise with the impact of both types of vehicle attacks having far-reaching consequences.

Mitigating the risk at the source is extremely difficult, which is why it is crucial to secure those areas most at risk from the potential of an attack. Over the years, we have seen vehicle attacks increasingly take place in crowded places, particularly during celebratory events such as Christmas Markets or high profile crowded places such as London Bridge and Westminster. However, we are increasingly seeing vehicles used to undertake what is perceived to be victim-less crimes such as ATM and retail ram-raids, as evidenced with recent ram-raids at retail stores such as Louis Vuitton and Hugo Boss in Leeds.

Terrorism based attacks from those acting in a lone wolf capacity have been on the rise in recent years. The Barcelona attack in 2017 resulted in the deaths of 13 people and injured 50 more, the Stockholm attack in 2017 saw five people killed and 14 wounded – an unexploded home-made device was found in the hijacked lorry which could have resulted in further deaths if detonated. While the Bastille Day attack in Paris in 2016 saw 87 deaths and 458 injuries. The loss of life is, of course, the most significant price to pay from a hostile vehicle attack and those who are injured often require significant medical and mental health support, something which can last many years after the attack has taken place.

Ram-raids by organised crime gangs are also on the rise, and while these might be perceived as victimless crimes, there are often far-reaching consequences to individuals, businesses and communities as a result of these. ATM ram-raids, which increased by 80% in 2018, are unique by way of the type of vehicles that are used to undertake such acts. Farming and plant machinery such as forklift trucks, tractors and diggers are primarily used during this type of crime, and there have been reports of rural communities left without access to cash for over four months. Whereas families who live above buildings housing ATM’s being left, so far at the very worst, homeless.

While it is straightforward and relatively cheap to purchase or hire a vehicle, there is the potential for this to result in red flags to authorities enabling potential attacks to be thwarted, in particular as hire companies seek to enhance security checks before hiring vehicles. In turn, this has the potential to result in a rise of vehicle thefts or hijackings to undertake such attacks – as evidenced by the Stockholm attack. Individual vehicle owners, therefore, need to consider more protective measures alongside factory fitted alarms such as CCTV and fold down bollards to prevent theft of their vehicles.

Whereas vehicle hire companies should consider extra protective measures on their fleets, such as additional security measures on key storage, increased security checks before vehicle hire, through to enhanced perimeter protection. At Heald, we have seen an increase in fleet companies installing HVM bollards and road blockers not to protect their premises from attack, but to prevent vehicles being stolen from their premises to undertake HVM attacks.

Such issues have resulted in manufacturers rising to the challenge and developing innovative ways to combat such threats using shallow mount and surface mount products which can offer the same if not better levels of protection as their legacy counterparts and meet relevant standards such as PAS68 and IWA14.

At Heald, we have invested heavily in research and development over the past few years, which has led to us bringing many new products to market, including the world’s first sliding bollard solution known as the Matador. Having listened to the needs of the market and identifying regular install issues, we created a product which would not only require minimal, if any, excavation but would still allow permitted vehicles to be granted access to the perimeter that they secure. Available as a surface mount and shallow mount install, Heald’s award-winning Matador requires a maximum of 160mm excavation when opting for an electro-mechanical operation or has the potential to be surface mounted with the manual, electro-mechanical and hydraulic operation types, removing the need for excavation altogether.

While adoption in the UK is relatively slow compared to other countries. Integrating security into Smart Cities can have far-reaching benefits. As an example, motorway closures cost the English economy £9bn per year. Imagine how bollards fitted at closure hotspots could be operated remotely to allow traffic to re-route? Alternatively, a vehicle attack or ram-raid may be underway in one location, but IoT technology enables bollards to be closed in another location minimising the risk of multi-location attacks or preventing the attacker from leaving the scene.

Adopting IoT technology, such as Heald’s Hydra alongside automated security products, allows the remote operation and monitoring of security measures via SMS, tablet and PC as well as custom-built consoles with built-in LCD screens. Such technology can control arrays of multiple blockers or bollards intelligently; for example, if a single unit in an array is damaged, the user can choose to allow the rest of the array to continue to function, or to shut down all of the units. This means that the highest level of security can be maintained at all times.

As evidenced in recent years, celebratory and seasonal events have been a primary target for vehicle attacks. As such, hostile vehicle mitigation manufacturers have had the challenge of enhancing and developing product ranges to meet short term needs through cost-effective solutions which require minimal excavation, if any, along with rapid deployment of such products.

With heightened media reports of HVM attacks, it is imperative that local councils and event’s organisers consider the benefits of investing in such measures and the type of products they use. Individuals want themselves and their families to feel safe when attending large scale events, while at the same time, they don’t want to feel as though a ring of steel or concrete surrounds them. Ensuring visitors feel safe and secure while minimising anxieties will ensure such events are successfully attended, and they continue for years to come.

Typically, automated products, those that slide or retract, are powered hydraulically and require significant use of oil and energy to be powered. With the use of greener energy increasing and the public’s appetite for a more sustainable way of living, it is imperative that manufacturers embrace this challenge.

Again, Heald has focused on enhancing its tried and trusted product range with the Matador (and a variety of other products) now having the option to be operated both hydraulically and electro-mechanically. The latter of which results in 80% less power required to operate the product, making it ideal for a limited or temporary electrical supply or events where generators may be necessary.

Aesthetics of a product are also crucial to the surroundings in which they are installed. Depending on the install location, security managers may want it to be evident that HVM measures secure the area. However, in some instances, it might be that a security product needs to blend in with its surroundings to be complimentary or sympathetic to the spaces and buildings in which they protect. Similarly, products which blend in with their surroundings also reduce the potential for heightening anxieties of the public.

What is crucial is that public services such as police forces and councils along with architects and planners continue to work together with manufacturers to enable our towns, cities and communities to thrive through ensuring individuals and communities are protected, feel safe and continue to enjoy public spaces.