ON THE third anniversary of the tragic Grenfell Tower fire where 72 people lost their lives, there are still 2,000 high risk residential buildings wrapped in some form of dangerous cladding. The Housing, Communities and Local Government Committee (HCLGC) has published a report that finds fixing fire safety defects in high risk residential buildings could cost anything up to £15 billion. 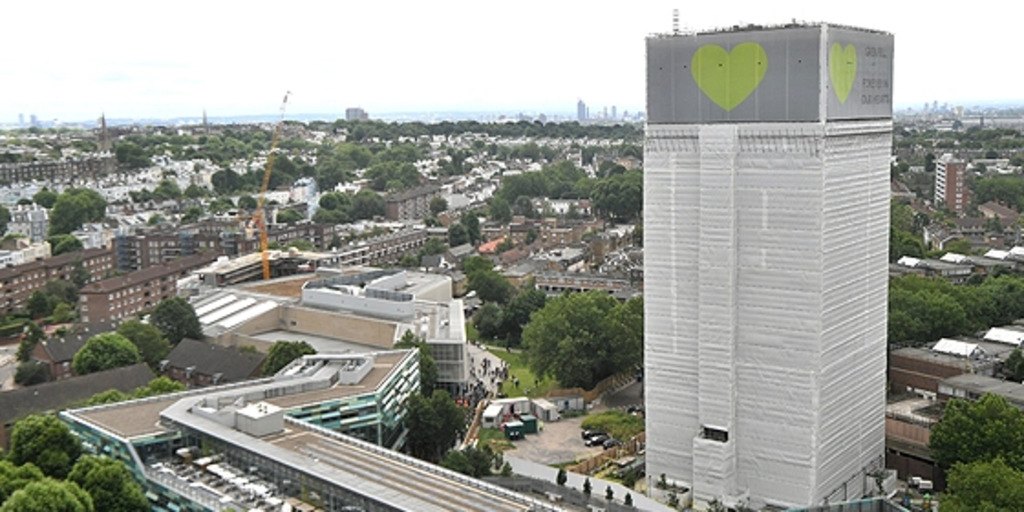 The detailed and somewhat damning report, entitled ‘Cladding: Progress of Remediation’, calls on the Conservative Government to pay what the Committee refers to as the “exorbitant costs” of temporary safety measures that are currently being met by “blameless leaseholders” and to take legal action “against building owners who have dragged their heels”.

In addition, the HCLGC has warned that the £1 billion cladding monies recently announced by the Government “will cover just one-third of the highest risk blocks” in England. Referencing that Building Safety Fund, the Committee suggests that “stringent rules on applying”, such as the short application window and “restrictions” against social housing providers, risk “leaving many unable to access vital funding”.

The Committee is of the firm view that the Building Safety Fund should also “be increased to address all fire safety defects in every high risk residential building”, which could “potentially” cost up to that aforementioned total of £15 billion. The HCLGC calls on the Government to “ensure all buildings of any height” with aluminium composite material (ACM) cladding attached “be fully remediated of all fire safety defects by December 2021” and that buildings with other defects “including non-ACM cladding” be remediated by June 2022.

Finally, the Committee calls for any residential building “where works have not commenced by December” this year to be “subject to” a compulsory purchase order (CPO) and also for a new national body to be “created to step in” when councils are “unable or unwilling” to act. A “hard line” should be taken against “slow moving” building owners, with CPOs allowing councils or the Government to “take direct ownership of the freehold of buildings with serious fire safety defects”.

The report asserts: “Residents are facing life-changing bills for more than just combustible cladding. If the Government doesn’t provide additional funding, then let us be clear. This will mean tens of thousands of residents being sent massive bills for problems that are not their fault and, in many cases, this could be a financial burden from which they will never recover. It also means thousands fewer affordable homes as councils and housing associations are forced to divert funds to remediation projects. Worst of all, it will mean that some works are never carried out.”

The HCLGC report adds that circa 300 residential blocks in England are still clad in ACM, while “around 1,700 more” have “some form” of combustible cladding. While the Government had pledged £600 million in total for the purposes of removing ACM cladding from private and social housing blocks as well as the £1 billion in new funding, the Parliamentary Committee suggests “this would cover only around 600 of the 1,700 buildings” and voices its opinion that the Government is “clearly trying to find ways in which to fit a £3 billion liability into a £1 billion funding pot”.

As stated, the Committee has also been critical of the tight deadline for building owners to apply for the £1 billion programme between 1 June and 31 July, and that this would be allocated on a ‘first come, first served’ basis alongside any works begun before March 2020 not being covered. With only cladding removal being funded, this means that available funds “do not stretch to other serious fire safety defects” such as combustible insulation, timber balconies and walkways, “missing” compartmentation and “faulty” fire doors.

It’s very much the Committee's considered view that the taxpayer should not be expected to cover all costs of this crisis. While it’s right that the Government should provide funding up front such that work can begin quickly, the Committee feels that it should also seek to recover costs on individual buildings from those responsible and be fully prepared to take legal action.

On the third anniversary of the fire at Grenfell Tower, the HCLGC has concluded that the victims paid “a terrible price for a catastrophic failure of industry and Government”. A Government spokesperson has responded: “The safety of residents is our top priority and, since the Grenfell Tower fire, we have worked tirelessly with councils to identify buildings at risk and ensure they are made safe. We are providing £1.6 billion for the removal and replacement of unsafe cladding from high-rise buildings and are bringing forward the biggest legislative changes in a generation to provide further enforcement powers against those who do not comply with the law and ensuring that residents’ safety is at the heart of the construction process.”

In addition, the Government spokesperson stated: “Building owners have a legal responsibility to keep their residents safe and, while we have seen positive action from some, we are clear that more needs to be done to protect tenants.”

HCLGC chair Clive Betts explained: “We have challenged the Government to finally commit to removing all forms of dangerous cladding once and for all. Three years on from the Grenfell Tower disaster, there are still thousands of homeowners living in buildings with some form of dangerous cladding. The financial and emotional toll has been significant, with temporary safety measures costing huge sums of money coupled with the ongoing stress of living in a property that may not be safe. This is simply not good enough. It’s clear that the £1 billion Building Safety Fund will not be sufficient. Too many risks are being excluded by the criteria for accessing this support, while the amount of money pledged is only enough to cover a fraction of the work needed.”

Betts continued: “The Building Safety Fund should be increased so that there’s enough to cover the amount of work that’s actually needed, both to remove cladding and resolve wider fire safety concerns. Further support must also be provided for the costs of stop-gap safety measures, such as ‘waking watches’, to reduce the burden on homeowners. This should not just be a question of the Government, and therefore the taxpayer, stepping in with a blank cheque. Those who have caused, and in some cases refuse to rectify, safety issues must be made to pay. We call on the Government to consider taking legal action to recover the cost of works on individual buildings. Compulsory Purchase Order powers should be used to take direct ownership of buildings where the owners have failed to begin remedial work by December 2020.”

By way of conclusion, Betts said: “It’s time for the Government to commit to end the scourge of dangerous cladding once and for all. A piecemeal approach that will see homeowners facing many more years of stress and financial hardship is simply not an option.”

Housing Minister Christopher Pincher recently informed the House of Commons that registrations for the new Building Safety Fund have now reached a total of 458’. Shadow Housing and Planning Minister Mike Amesbury responded by highlighting the fact that 245 buildings still have ACM cladding on them.

Responding to the HCLGC report, Lord Porter (the Local Government Association’s building safety spokesperson) said: “The Local Government Association shares the Committee’s view that, three years after the Grenfell Tower fire, the remediation of dangerous buildings is proceeding too slowly. Social landlords have been quick to address the issue, but progress in the private sector has been unacceptably slow.”

Lord Porter went on to state: “We have been urging Government to act on non-ACM dangerous cladding for over two years now and we’re pleased the Committee shares our view that, although positive, the Building Safety Fund is insufficient. Without adequate public funding for the remediation of local authority-owned blocks, councils will not be able to deliver the new homes the Government wants or fund improvement programmes.”

According to Lord Porter, the £15 billion figure the HCLGC puts on the cost of addressing all fire safety defects in every high-risk residential building is a horrifying indictment of the failed building safety system in this country.

“This is a crisis resulting from decades of inadequate building safety regulation under successive Governments of all political colours. It needs to be addressed in a cost-effective manner rather than through the piecemeal identification and remediation of flaw upon flaw in the built environment.”

Lord Porter concluded: “The Government needs to take a risk-based approach and invest in the measures needed to reach acceptable levels of building safety. For example, in some blocks it could be more effective to fund the retrofitting of sprinklers than to attempt to fix all compartmentation faults. However, any judgement on this issue would need to be taken by those with acceptable levels of fire safety engineering expertise.”