THE FIRE Brigades Union (FBU), along with three other unions (namely the POA, the PCS and the GMB), has filed court proceedings over the withholding of improved pension benefits from hundreds of firefighters and hundreds of thousands of public service workers, claiming that the Government is in breach of a key part of the new public service pension schemes which came into force in April 2015 under the Coalition. 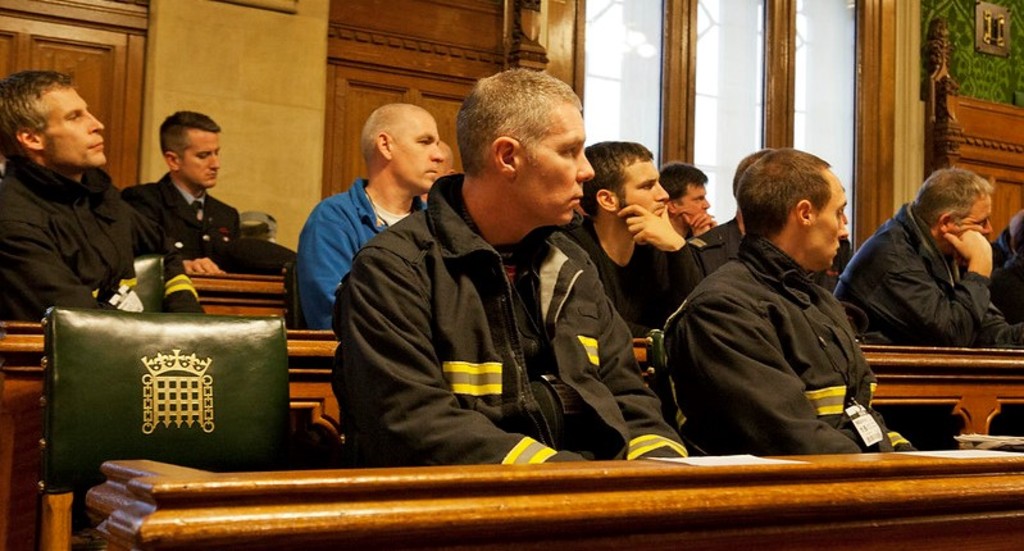 The regulations for these schemes require that, if the formal valuation of the pension schemes show the cost to the government has increased or dropped beyond its own predetermined level, then the employee benefits must be reduced or improved accordingly.

The latest valuation, undertaken in 2016, demonstrated that the costs of the scheme were below this predetermined level and that, from April last year, the benefits for thousands of scheme members should have been improved.

However, Liz Truss (then Chief Secretary to the Treasury) announced in January last year that the process of implementing these improved benefits would be “paused” until the Government digested the consequences of an earlier age discrimination case, brought by firefighter members of the pre-April 2015 schemes, which the Government had lost.

The FBU has stated that this delay is nothing more than a ‘dirty trick’ which seeks to pass on the cost of a number of unlawful discrimination cases, including that brought by the FBU (estimated by the Government to be £4 billion per annum), to members of the new 2015 scheme.

By incorporating these extra costs, suggests the FBU, the Government would try and claim that the cost of the scheme had risen above pre-determined levels, thus reducing employee benefits.

The claim filed by the FBU intends to force the Government to lift the pause and improve employee benefits in line with their own regulations. Should the unions involved win the case, the legislation states that members would be eligible for a choice between contribution reductions and benefit improvements or, indeed, a mixture of both.

The outcome of the case could affect anyone who joined the pension schemes for those working in local Government, the civil service, the NHS, teaching, the Armed Forces, the police service or firefighting on or after 1 April 2012.

The pension schemes themselves are valued every four years.

Matt Wrack, the FBU's general secretary, commented: “Less than six months ago, we beat the Government in court over pensions and its unwillingness to listen to our concerns. We're ready and willing to do it again to secure for our members and thousands of public service workers the improvements they're owed. Ministers know full well that they're in breach of the regulations which clearly state that, if the cost of financing the scheme drops, then the benefits should be passed to members. Refusing to accept this and pausing the process amounts to a dirty trick which now means many of those in the scheme will have had their improvements withheld for over a year. Worse still is that this robbery has been carried out by millionaire ministers.”

Wrack concluded: “We're pleased to have the support of our fellow unions the POA, the PCS and the GMB and we are determined to see justice prevail.”