A POORLY four-year-old boy from Little Stanney who is obsessed with fire engines had ‘the time of his life’ visiting Ellesmere Port Fire Station. 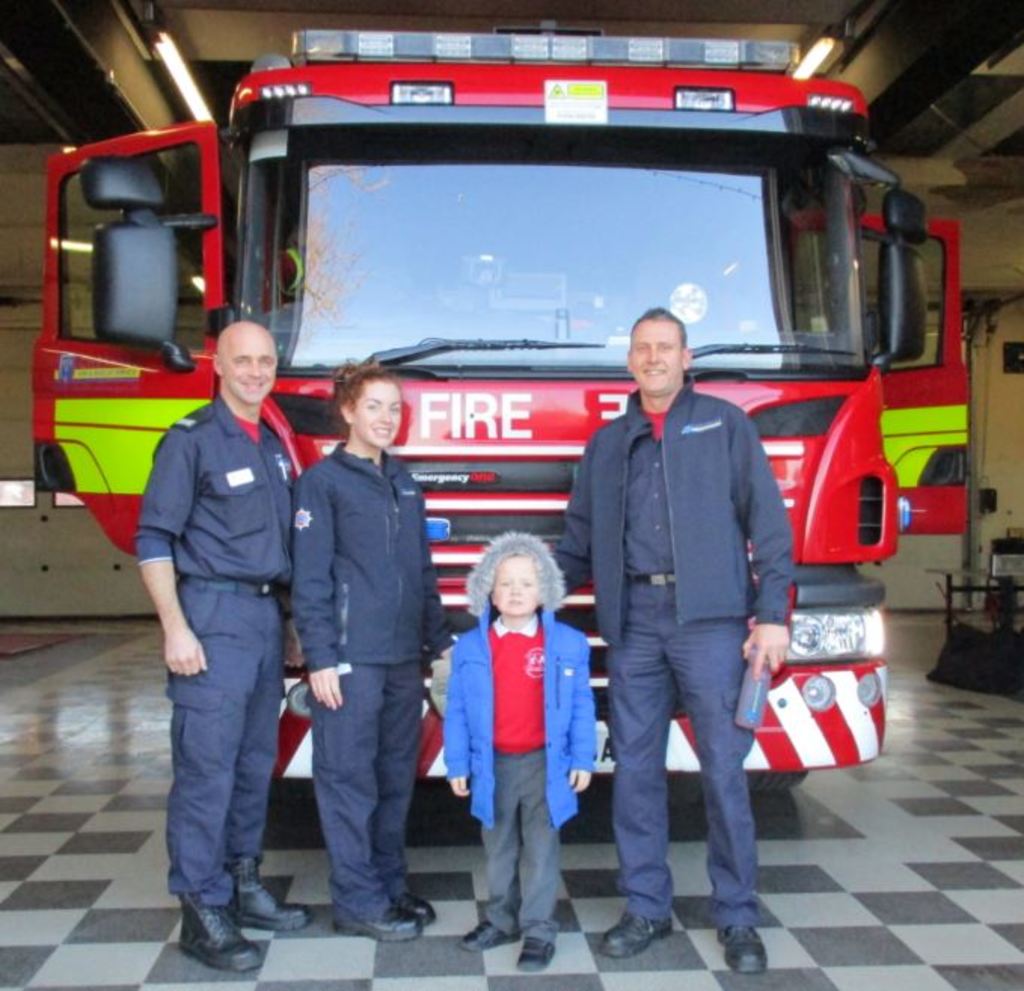 Alfie Burke, who has special needs and has been diagnosed with the genetic disorder neurofibromatosis, often passes the station on Wellington Road when out shopping with his mum Natasha and his dad James.

After regularly pleading with his parents to let him go inside the see the fire engines, they arranged for him to have a tour of the station on the afternoon of Thursday 17 January.

Firefighters showed him around the station and one of the fire engines, letting him sit behind the steering wheel and pretend to drive the stationary vehicle.

They also let him squirt water from a hose reel and watch as the crew used it, and Alfie even got to see them respond to an emergency call-out and hare out of the station with their fire engine’s sirens sounding.

Natasha said: “Alfie loves fire engines. He is forever playing with fire truck toys at home and whenever he sees a real fire engine or passes Ellesmere Port Fire Station he asks if he can go inside.

“In the end I decided to call into the station to see if Alfie would be allowed to have a look around a fire engine at a convenient time.

“I explained to the people at the station how much Alfie loves fire engines and told them about his special needs and the fact he has been diagnosed with neurofibromatosis, which causes tumours and other medical problems. They were lovely and made his wish come true.

“They arranged a day for Alfie and I to be given a tour of the station and a fire engine and he had the time of his life.

“The firefighters were so brilliant with us on the day. They showed Alfie all the equipment they use to put out fires and deal with other incidents and they even let him hold a hose reel and pretend to drive a fire engine.

“Alfie absolutely loved it, particularly seeing how firefighters respond after being called out on an emergency.

“The firefighters have told Alfie that he can visit again if he wants to. With how much he enjoyed his afternoon at the station, I am sure we’ll be taking them up on that offer.”

White Watch Crew Manager Jason James, who oversaw Alfie’s tour of the station, said: “We are delighted to hear that he enjoyed his visit so much.

“Alfie is a lovely little boy and it was a pleasure showing him around the station and the fire engine and letting him see and hold the equipment we use.

“With him clearly having a passion for fire engines and the job we do, I would not be surprised to see him using the equipment himself as a firefighter one day.”

As a memento of his day, Alfie was presented with a special Blaze Bear by the firefighters.