Biometrics and facial recognition have played their part in the control of the Coronavirus and, because of this, the general public’s view of these new and incredibly powerful tools is changing both rapidly and for the better. Stuart Greenfield delves into the detail 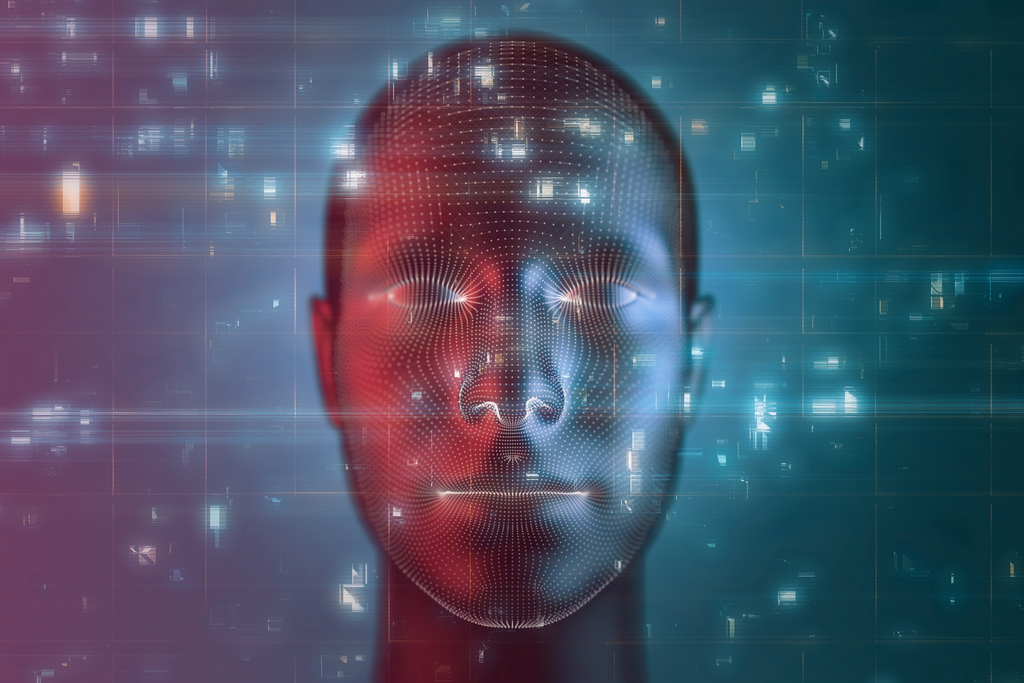 HUMAN RECOGNITION is fundamental and is the most important building block of trust. Humans are programmed to recognise faces. It’s hard-wired into our DNA. Your face creates almost all of your identity and comes before your height, colour, voice or actions. It doesn’t require touch or any interaction. If the face fits, as they say, not much more is needed. Your face creates immediate connection in most day-to-day situations with friends, colleagues and family, in your office, at airports and in banks, pubs and clubs.

Governments, police forces, businesses and individuals alike know that security and trust stem from knowing who’s doing what, where and when. It’s pretty obvious, really.

As recognition is so important and the face is the only non-invasive way of quickly determining who someone is, the way in which people’s faces are recognised has become almost a science, although plenty suggest it’s an art. It’s not surprising, then, that many organisations, including the police service and Government security operations, have become experts in facial recognition by using the skills of individuals who have a unique ability to be incredibly good at recognising faces. Those born with this skill have a name: ‘Super recognisers’. They are hugely important, too.

Back in August 2018, it was reported that the Metropolitan Police Service had used two ‘super recognisers’ to identify the suspects deemed to be behind the Novichok attack on Sergei and Yulia Skripal. They did so after trawling through up to 5,000 hours of CCTV footage from Salisbury as well as numerous airports across the country.

Indeed, the Metropolitan Police Service, among other forces, and the Security and Intelligence Services are the employers of such ‘super recognisers’. There’s no doubt that the best way to identify someone is to use the face and humans are particularly good at this, as you would expect. No wonder, then, that as digital photography and CPU processing power has improved, it would be natural that facial recognition would be turned into an Artificial Intelligence (AI) technology. No blood samples, no iris scans, no touching. In a millisecond, we can identify someone.

Today, by dint of using a digital camera and facial algorithms, AI has become more accurate than a human ‘super recogniser’. Advances are happening so fast, in fact, that recent reports of racial discrimination and sex bias are a thing of the past. Only recently, the National Institute of Standards and Technology (NIST) in the States concluded that the latest algorithms tested show little or no bias. This is due to the creation of synthetic databases of facial images and not real images to act as the AI learning tool for new algorithms.

Technology has advanced so fast that there has been a 20-fold improvement in the accuracy of algorithms since 2014. In a database of 26.6 million photographs tested by NIST, there was less than a 0.2% failure rate.

Like all new technology, it needs to be understood and, ultimately, controlled by underpinning legislation and, importantly, used appropriately. Until 2018, the technology was not ready for general use, but it is today.

For the first time, we have a system that could create a database of ‘everyone’ and that’s quickly searchable using a facial image. The Internet and cloud technology makes this very simple. For many, this is a truly unnerving idea, and quite rightly so. For instance, the recent revelation that Clearview Inc had created a database from social media photos and then sold the information to US police forces shows that this technology needs careful management.

Further, social unrest in the UK, the US and many other countries focusing on racial discrimination has also put pressure on those businesses involved in developing recognition technology. Many have decided to distance themselves from developing and then selling biometric systems for and to the police service and Government intelligence services.

However, this doesn’t mean that facial recognition will somehow be ‘un-invented’. History tells us this simply isn’t the way in which technology becomes established. All new inventions have the power to be positive or negative in society (nuclear power, for instance) and, therefore, it’s without any doubt that development will continue on ways in which to commercialise the technology.

Governments must be fundamentally responsible for how it’s used, controlled and managed. In a connected world, such as that in which we reside today, this is a formidable task. Europe is way ahead with its General Data Protection Regulation (GDPR). Arguably, these rules are the envy of the rest of the world.

At this point, it’s worth outlining where facial recognition, without any dispute, creates huge benefits for the public and how the security industry should, perhaps, be approaching the technology. What’s clear is that our industry cannot still believe existing CCTV systems, Security Control Centres and physical security are the only ways in which to protect people and property.

It has been estimated that, by 2024, the global facial recognition market will generate £5.3 billion of revenue, supported by a compound annual growth rate of 16% over the period 2019-2024. In 2019, the market size was £2.4 billion. The two most significant drivers of this growth are public sector surveillance and specialist market sector applications.

The foremost applications where facial recognition is used are law enforcement, health, marketing and retail. Facial recognition is successfully being used when issuing identity documents often combined with other biometric technologies such as fingerprints.

Many airport security teams are using facial recognition to match passport photographs. In 2016, the male (or ‘man in the hat’) responsible for the Brussels terror attack was identified using FBI facial recognition software. In the US, over 26 states allow law enforcement to check individuals’ driving licence photos against their databases. Facial recognition has also had success in finding missing children and disorientated adults.

Recently, a combination of heat detection and facial recognition has been helping to identify those who may be ill with the Coronavirus and spots if they’re wearing a facemask. Under trial and truly relevant in the current pandemic is touchless payment using facial recognition in fast food outlets and other retailers such as forecourts and convenience stores. Also, let’s not forget that more and more users are unlocking their phones with their face.

In the last year, privacy and civil rights concerns have escalated in the US. San Francisco, Somerville City Council, Oakland in California, Portland, Boston and San Diego have all banned the use of facial recognition. In California, the use of body cameras by law enforcement has also been banned. New York State has implemented a new robust cyber security program to protect state residents.

The use of facial recognition around the world is also advancing quickly with Russia, China, Brazil, India, Korea and some African countries all now involved. In Moscow, one of the world’s largest facnetworks of 160,00 surveillance cameras has been installed for public safety.

What’s clear is that facial recognition is fast becoming an important and powerful tool. Every country and many of the US states have different views on the control and management of its use, though, and this is a major cause for concern both for the industry trying to establish usable solutions and for the US Government, concerned as it necessarily is with privacy issues.

As mentioned, Europe under the GDPR is leading the way and the EU Commission is planning to act on indiscriminate use of the technology. The first draft of the European Commission’s White Paper on the matter is now available. The document mentions “a time-limited ban on the use of facial recognition by private or public actors in public spaces”. Legislation, then, is now crucial to enable the benefits of facial recognition to be delivered.

There has been some success using facial recognition for owners of shops, restaurants and bars in the UK. Using the GDPR rules as a guiding principle, facial recognition is providing a deterrent to habitual thieves and reducing anti-social behaviour in stores. With a standard HD camera set up on an entrance doorway, known ‘Subjects of Interest’ can be identified and an alert sent to a manager’s mobile device in milliseconds. The system affords store staff peace of mind and time to decide on the best action to take.

In large Shopping Centres across the UK, this system becomes an important tool to support security officers, enabling ‘Subjects of Interest’ to be removed from the premises before an offence is committed and ensures the public can shop in peace. These systems are designed to delete images not matched on the database on an immediate basis. They also ensure that the database of images is managed correctly and by a third party organisation registered with the Information Commissioner’s Office. Thus, there’s a high degree of privacy involved for individuals.

Facial recognition used in combination with other biometric technology could make the world a safer place. Of all the biometric data, from fingerprints through to iris scans, your face is, perhaps, the most secure way in which to ensure your identity isn’t stolen and you’re positively recognised quickly with 100% accuracy.

The Coronavirus pandemic has become a catalyst for creativity and invention. It has highlighted the many issues that population pressure, international travel and the human need for interaction can create in terms of a perfect storm for infections to spread. The security industry has risen to the challenge with a host of temperature scanning and touchless systems to ensure safety and health is maintained.

Stuart Greenfield is a Technology Consultant and Technical Advisor to Facewatch (www.facewatch.co.uk)