THE FIRE Brigades Union (FBU) has written to US counterparts with an offer of collaborative working focused on building safety campaigning. This move follows on from the Bronx apartment fire that occurred on Sunday 9 January and, of course, the Grenfell Tower disaster of June 2017. 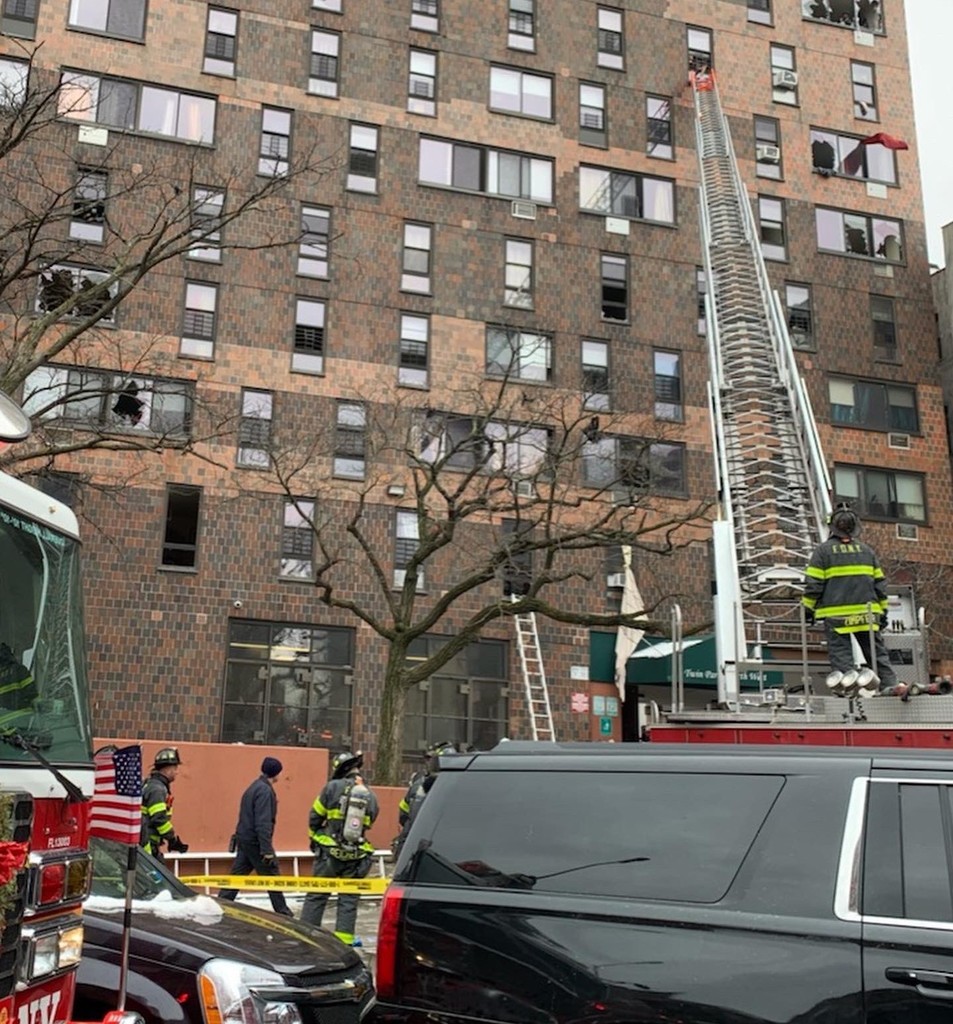 On the morning of 9 January, and as highlighted in the mainstream media, there was a fire at the Twin Parks North West, a 19-storey residential building located within the Bronx area of New York that plays host to 120 apartments and which was built back in 1972.

The devastating fire – believed to have been caused by a defective space heater bursting into flames – claimed the lives of 17 people, with eight children among them. 44 individuals were injured. Apparently, the space heater had ignited a mattress after being left to run continuously for a “prolonged period”.

The episode represents the third worst residential fire to have occurred in the US across the last four decades and is the deadliest in New York since 1990, when the Happy Land nightclub blaze claimed a total of 87 lives.

Reports from the States point to similarities between the Bronx disaster and the Grenfell Tower fire, with reports of failing door closers, lift problems, a lack of sprinklers and an ignorance of residents’ voices in the years up to the incident.

At the Bronx building, smoke is said to have spread through the structure due to two malfunctioning self-closing doors. All of those killed died from smoke inhalation, while a dozen of the critically injured suffered severe burns.

Twin Parks North West Site 4 is owned and operated by a private partnership involving the LIHC Investment Group, Belveron Partners and the Camber Property Group, which purchased the block (along with other Bronx buildings) in early 2020.

In letters sent to Andrew Ansbro, president of the Uniformed Firefighters Association (Greater NY Local 94 of the International Association of Fire Fighters) and Edward Kelly (general president of the International Association of Fire Fighters), Matt Wrack (general secretary of the FBU) said: “The FBU continues to campaign for justice for the victims of Grenfell Tower and for a wholesale overhaul of the building safety regime here in the UK. We are always happy to co-ordinate on this work.”

Wrack also noted: “For many of our members, this episode [ie the Bronx fire] will bring back awful memories of battling the Grenfell Tower apartment block fire in London in 2017. In order to prevent anything like this occurring again, may this disaster prompt politicians to assess fire safety measures in similar buildings.”

Expressing solidarity with US colleagues, Wrack observed: “The response of firefighters was heroic and they have been rightly praised by many people,

including Mayor Eric Adams. Media reports have highlighted the challenging situation facing firefighters, who continued to push through the smoke to seek to rescue those who were trapped. This once again highlights the risks firefighters take every day, putting their lives on the line to save others.”

Further, Wrack stated: “The FBU continues to campaign for justice for the victims of Grenfell Tower and for a wholesale overhaul of the building safety regime in the UK. Our thoughts are with all those affected by this tragedy.”

In the years since the Grenfell Tower disaster, the FBU has been working extensively to investigate the causes of the fire and hold those responsible to account, producing reports and participating in the Grenfell Tower Inquiry. The Trade Union has repeatedly pointed blame at the building safety system as a whole and also Government deregulatory agendas stretching back 40 years.

The Grenfell United group representing survivors and the bereaved of that tragic night in June 2017 were “devastated” to hear of the New York fire and said its thoughts and prayers are with the families affected by the fire.