A LARGE wildfire which rapidly spread across five square miles of forestry on the Isle of Skye has now been extinguished. 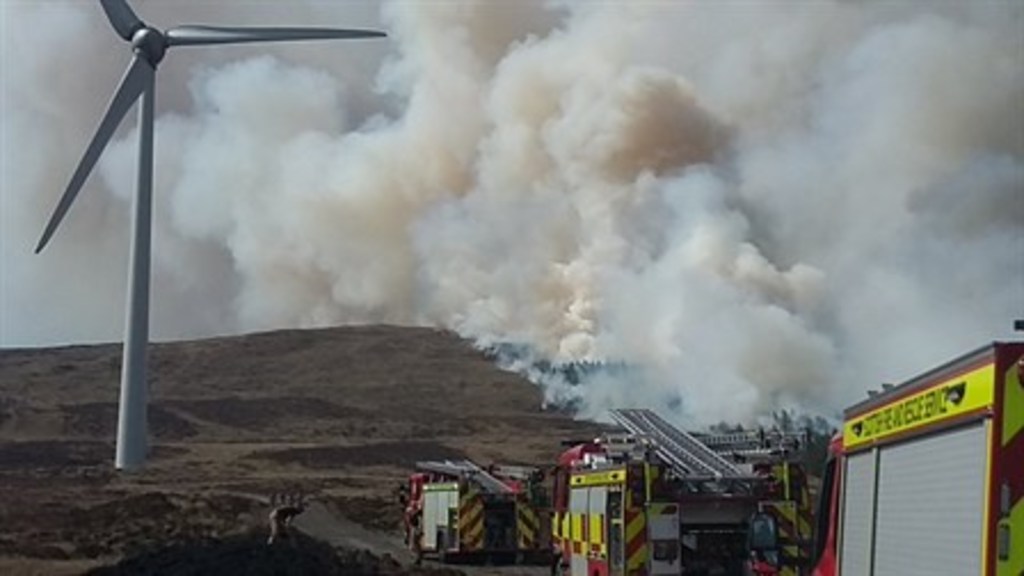 At its height, around 40 firefighters and eight fire appliances were in attendance at the incident at Edinbane windfarm near Struan.

Firefighters were first mobilised at 10.55am on Wednesday, April 24 and worked through the night to contain and extinguish the flames, which had taken hold of a section of heath and forestry and spread aggressively.

Speaking on Thursday, April 25, station manager Mike Collier said, “This incident was a notable example of the incredible speed that wildfires can travel when fanned by the wind in dry conditions.

“I’ve never seen anything like this in my whole career, to be honest – at one stage the fire began to spread at around 30-40 miles per hour, and within two minutes an entire hillside was engulfed.

“It was a challenging incident that required a great deal of resources, but our crews responded brilliantly and worked tirelessly through the day and night to contain the fire and limit any property damage.

“I would also like to take this opportunity to thank our partners and the local community in Dunvegan for their support.”

SM Collier also hopes lessons can be learned from this significant fire, which showed the potentially devastating effect wildfires can have.

He said, “Human behaviour can significantly lower the chance of a wildfire starting so it is crucial that people act safely and responsibly in rural environments and follow the Scottish Outdoor Access Code.”