TWO ACCOMPLICES who falsely reported a hold-up on a security van were sentenced to a total of nine-and-a-half-years in prison after being convicted of conspiracy to steal almost £320,000. 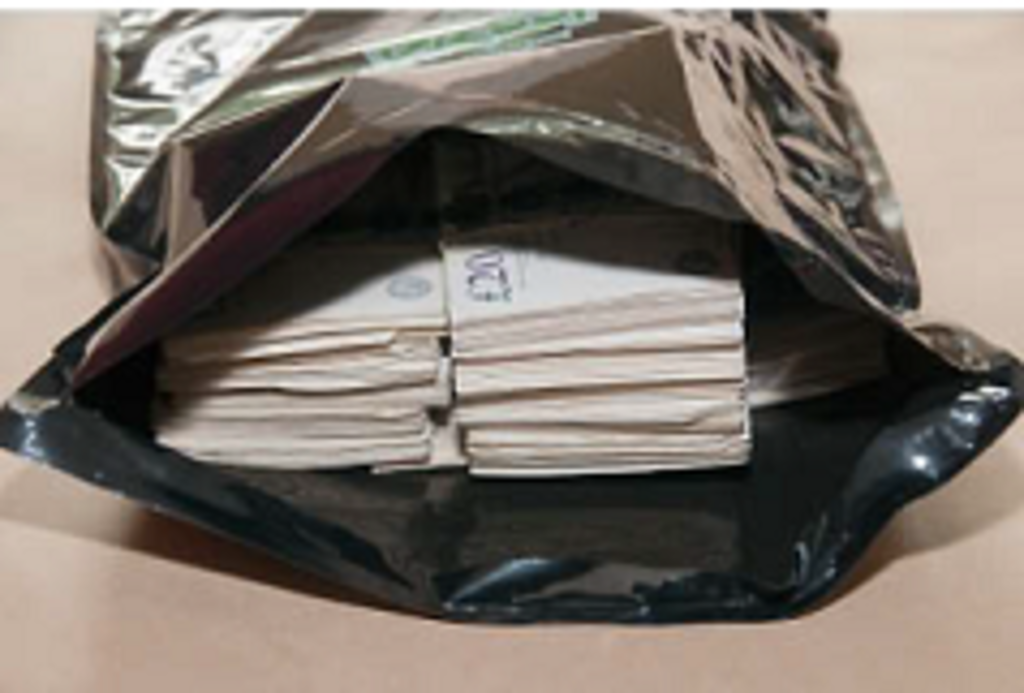 Cash-in-transit driver Jimmy Kursley Doolly, 35, used his inside knowledge to plot the theft alongside William Williams, 43, at a time the vehicle would be holding the most money.

Doolly reported being robbed at Morley’s roundabout near Sevenoaks on the morning of 28 August 2017 – telling police he had been followed by men in a black Audi A3 with a siren and blue lights, who tied him up when he stopped.

He claimed to have been struck and attacked with a Taser-type weapon, even though he had no visible injuries. A Taser-like device was later recovered from Williams’s home.

Doolly had stopped the van, turned off the ignition and opened the windows and doors, contrary to the training he was given less than two months earlier when he started work for the security company.

A black Audi A3, which investigations showed had travelled in convoy with Doolly as he made his way to work earlier that day, was later found on fire at a recreation ground. Following the theft, more than £70,000 in cash was found in a locked rucksack at the home of Williams’s mother, with his fingerprints on the packaging.

Mary Walford, from the CPS, said: “This crime had a massive impact on the company involved, Lion Security and Systems Ltd., which ceased trading as a direct result of the loss they suffered.”

The Crown Prosecution Service case against the defendants was built on various pieces of key evidence.

Suspicions were first formed that Doolly might be involved when no injuries could be found to corroborate his story that a Taser-type weapon had been used to attack him.

Financial investigations also showed the defendants or their partners had debts running into thousands of pounds.

Ms Walford added: “We were able to prove to the jury that there had been no robbery and the defendants had conspired with each other, using Doolly’s inside knowledge, to steal the cash and make a false report to the police.

“Mobile phone evidence was central to our case and demonstrated that all the phones they used were in a similar location when the money was taken. This was supported by information from automatic number place recognition cameras, which allowed us to track the movement of the cars owned and used by the defendants.

“This was not a random theft, it used Doolly’s inside knowledge to target a van with no signage to indicate it was carrying cash, the purpose of which was to stop a theft of this kind.

“They also knew the van was carrying the greatest amount of cash from business collections over the weekend and ignored another van that left the depot at the same time, which only had £6,500 in cash on board.”