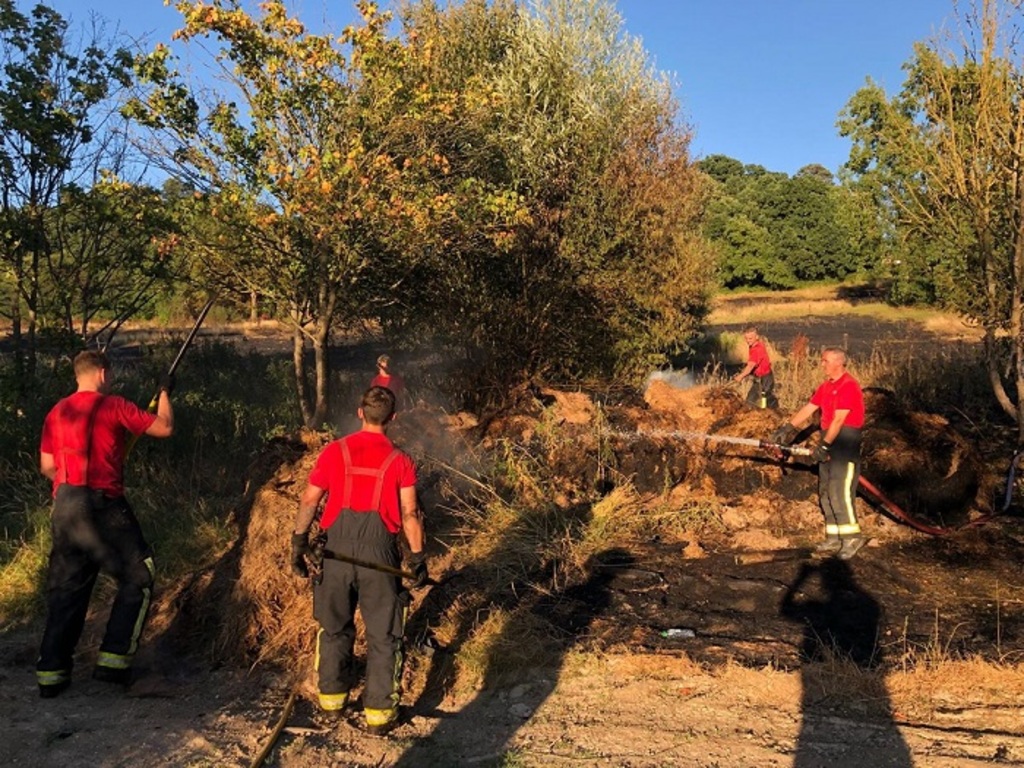 So far this year London’s fire crews have tackled six times as many large grass fires than the total number attended in 2017. Barbecues are one of the core causes of grass fires along with smouldering cigarettes and glass bottles.

Fire commissioner Dany Cotton said, “I have attended a number of these large grass fires and it never ceases to shock me how many abandoned smouldering barbecues fire crews spot. In these arid conditions, barbecuing on dry grass is not just thoughtless, it’s reckless.

“We have a lot of green space in London but it’s nearly always lined by roads and houses. It’s only a matter of time before hot smoke and flaming debris catches nearby cars and houses and someone is seriously hurt.

“I know a barbecue ban can be difficult to enforce and many councils have already implemented a ban but I am calling on all our partners to do whatever they can to help us protect London’s open spaces from devastating blazes.”

Deputy mayor for fire and resilience, Fiona Twycross, said, “Londoners have been making the most of this exceptionally hot summer, but with a record number of grass fires, it is important that the sun is enjoyed safely.

“I echo the Fire Commissioner’s request to place a temporary ban on barbecues in public parks.

“Our firefighters have been working in sweltering temperatures to put out grass fires all over the capital and we owe them our deepest thanks.

“Unfortunately, some of these fires were caused by the careless use of disposable barbecues. Their continued use in this weather not only compromises our shared open spaces but puts the safety of our fellow Londoners at risk.”

The Brigade has also been telling people to stop barbecuing on balconies and avoid carelessly discarding cigarettes and matches.

Commissioner Cotton continued, “If you barbecue on your balcony you are putting all your neighbours at risk. Smouldering ash drifts upwards and over balconies, catching on curtains flowing from open windows and dry plants and trees that act as kindling.

”While we have the resources in place to cope, as with any fire, we would rather they didn’t break out in the first place, especially fires that are so easily avoided.”

So far this year, the Brigade has dealt with 43 large grass fires, where there has been an attendance of three fire engines or above.*

This is six times higher than last year’s total number of significant grass fires, when there were only seven.

The Brigade’s tips on preventing grass fires are as follows:

At one point last week over 260 firefighters were tackling grass fires across London including a large blazes on Woolwich Common, as well as others in Barnet, Hillingdon, Leytonstone and Enfield. It took four days to extinguish the Wanstead flat grass fires with over 40 fire engines battling a rapidly spreading fire at the height of the blaze.