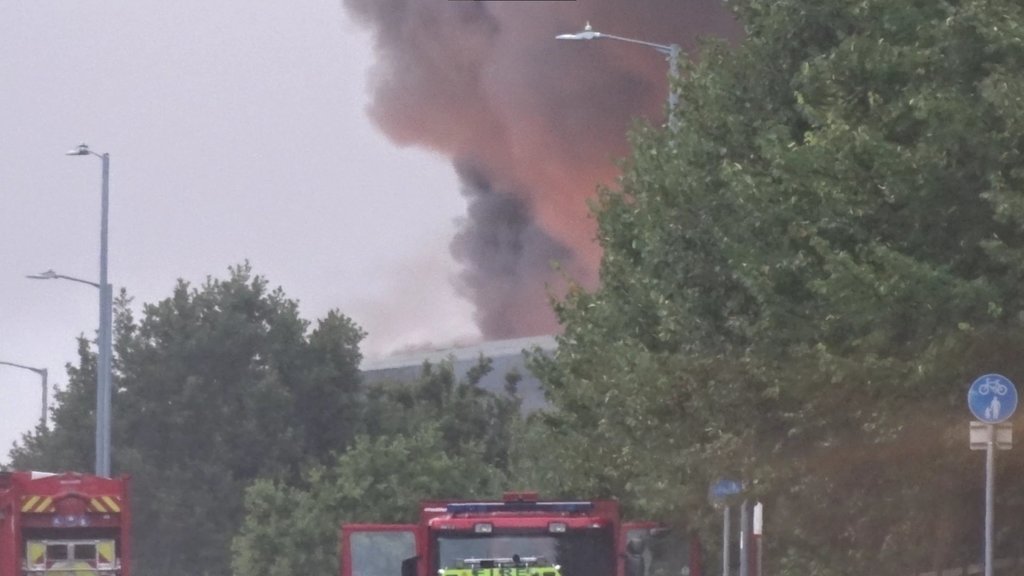 Thankfully, none of the 25 staff members were injured in the fire at Ash Green, which destroyed the building. The Fire and Rescue Service was able to prevent the fire from spreading to adjacent businesses. A high-volume pump and a local lake were used to support the flow of water to the fire which saw large smoke plumes disperse across south Northamptonshire.

Commenting on the incident, Warwickshire Fire and Rescue Services area manager Paul Morley said: “Our crews were called to the incident at around 5.00 pm. Unfortunately, the building was well alight on arrival, but crews acted quickly to contain the fire and stop it spreading to a neighbouring business. There was a large smoke plume due to the severity of the fire and residents living in the local area were advised to close their windows and doors.”

Four days after the incident, the building was demolished so that the fire crews could access the remaining seats of the smaller fires inside. Environment Agency staff were called to monitor the potential threat of contaminated water run-off polluting nearby watercourses with reports of dead fish.

The local community felt the impact of the fire with traffic disruption and smoke warnings issued following the blaze.

The Business Sprinkler Alliance has pointed out that fires such as this occur on a regular basis and remain one of the leading causes of commercial property loss.

In this instance, the building was 2,500 m2 and a huge effort was required to contain the fire, but the firefighters involved were not able to save the structure.

There was no automatic sprinkler protection on site. Having sprinklers fitted makes buildings and businesses resilient to the impact of fire because these systems automatically control or even put out the fire before the Fire and Rescue Service arrives at the scene. In most cases, this results in businesses being up-and-running again, usually within hours of an incident occurring.