ALUMINIUM DECKING and balcony manufacturer AliDeck has just published its 2021-2022 Balcony Fires Report, which contains some alarming statistics. Collating figures from Fire and Rescue Services across the UK by dint of using the Freedom of Information Act, AliDeck suggests the data that has been returned is “extremely concerning” amid the context of the ongoing building safety crisis. 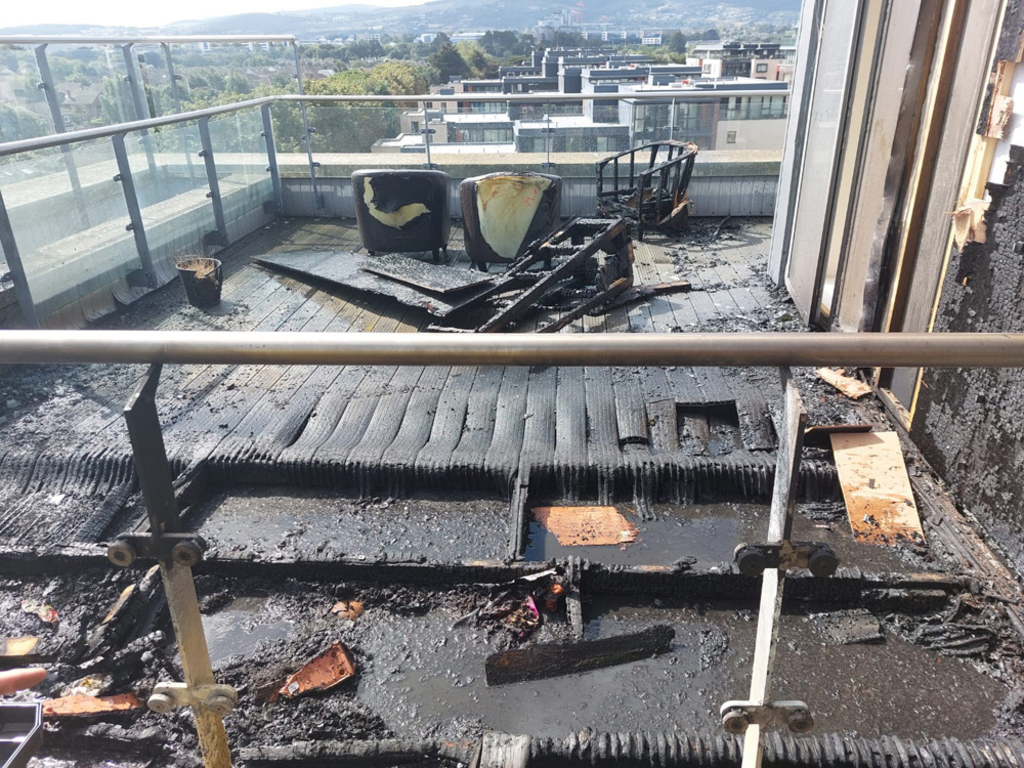 A total of 310 balcony fires have occurred between 1 August 2021 and 31 July this year, which is up from a recorded total of 213 in the prior 12-month period and represents a 46% year-on-year increase. The most troubling statistic within the report is that, of those 310 fires beginning on balconies, 182 of them were related to smoking (representing 59% of the overall total).

London alone accounted for 163 fires on balconies, which signposts an increase on the previous year’s tally of 150. Two-thirds of the balcony fires arising in the capital were caused by smoking, with arson, candles and electrical faults making up the bulk of the rest.

Where combustible materials are present in the balcony or external wall system, the danger of a major fire taking hold and posing a significant risk to life is high. Given such a large volume of balcony fires being caused by human error or reckless behaviour, the case for effective and immediate fire safety remediation at multi-storey, multi-occupancy residential buildings has arguably never been clearer or more urgent.

Richard Izzard, managing director at AliDeck, informed Fire Safety Matters: “With over three-quarters [ie 76%] of the recorded balcony fires caused by human action, an urgent intervention is required. We witnessed a similar story pattern being played out in our previous Balcony Fires Report. Most fires on balconies are completely avoidable. A carelessly discarded cigarette can easily ignite flammable materials, and there have been fires where aimlessly flicked cigarette butts have landed on balconies below that are made of combustible materials. Major fires have resulted. This has to stop.”

Changing human behaviour will be difficult, but the data in this report clearly shows that property managers and practitioners within the housing sector must take firm action to prevent their residents from smoking on their balconies. Doing so could cut out hundreds of fires, many of which would otherwise threaten life and cost tens of thousands of pounds to rectify.

“Balcony fires are a real danger to a building and residents must be made more aware of this,” continued Izzard. “If it’s not possible to remove the human element to prevent these fires, the surest route to minimise the risk is to fully remediate balconies and replace any combustible materials, such as timber decking, with non-combustible alternatives.”

A minor positive note is the reduction in fires on balconies caused by barbecues. Such fires have fallen from 22 in the prior year to 15. During the summer heatwave, the London Fire Brigade issued stern warnings to the public on the use of barbecues and several major retailers removed them from sale. Clearly, the safety message has begun to exert an impact.

Potentially, at least, a similar zero-tolerance attitude towards smoking on balconies could result in a major reduction in avoidable and dangerous fires.