CHESHIRE FIRE and Rescue Service has been accredited with White Ribbon Status as part of its pledge to protect vulnerable people in Cheshire. 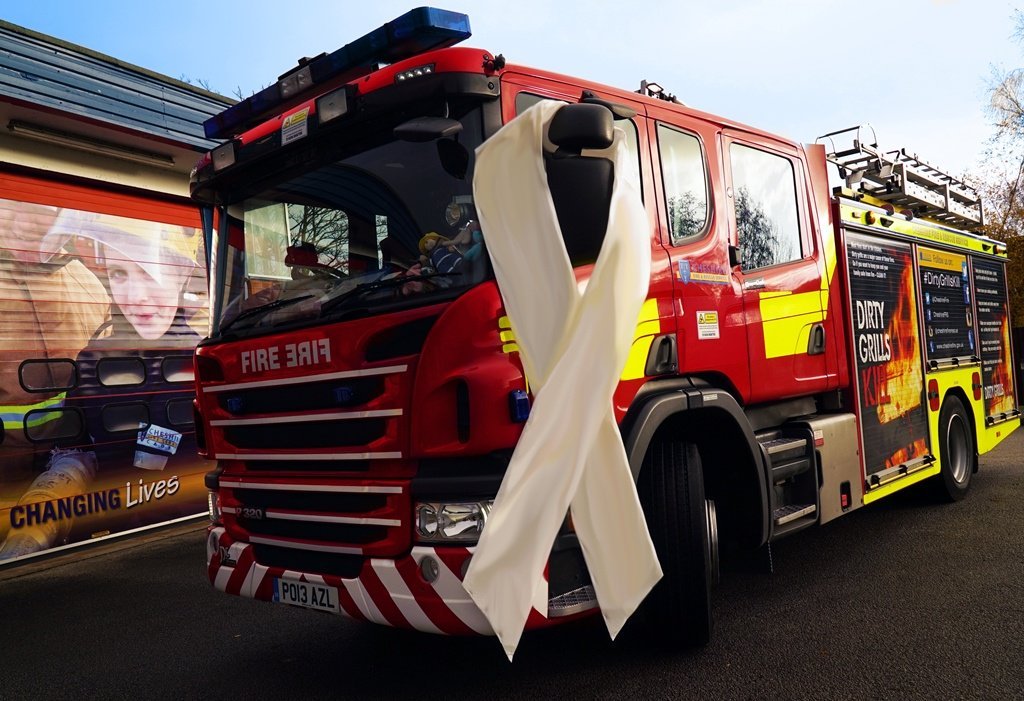 White Ribbon Status is an official White Ribbon accreditation that will provide the service with specialist training and guidance to use to help bring about genuine change.

This accreditation scheme recognises that public sector organisations, large and small, can achieve so much more than individuals can alone when it comes to tackling domestic violence.

The service works with partners to identify risks and offer safety measures to victims of domestic violence, but becoming accredited means it can effectively marshal resources to challenge domestic abuse and make a real difference. The service will use this accreditation to tackle domestic abuse in all its forms, not just against women.

Four senior ambassadors have also been nominated to drive forward the campaign; chief fire officer Mark Cashin, assistant chief fire officers Alex Waller and Gus O’Rourke and head of prevention Nick Evans, have all been appointed - with Gus O’Rourke being the lead as part of his work as a member of Cheshire Constabulary’s Strategic Domestic Abuse Board.

To commemorate White Ribbon Day in November, the service constructed a giant white ribbon as a highly visible symbol of support. The ribbon was flown from a hydraulic platform in Chester city centre in support of an event hosted by Chester Women’s Aid.

Assistant chief fire officer Gus O’Rourke said, “White Ribbon is a fantastic national campaign which addresses the real issue of domestic violence. I am absolutely thrilled that the service has been accredited White Ribbon Status as this will enables us to bring greater awareness of this issue to the public and encourage victims of domestic violence to not suffer in silence and come forward.

“A big part of our work includes offering fire safety advice to vulnerable adults and young people, which can include fitting fire-proof letter box covers, smoke alarms, and wheelie bin locks. Domestic arson is often linked to a domestic violence and can be a common problem - it is often a hidden crime, and it can happen and affect anyone.

“The service recognises that it is not only women who are victims of domestic abuse. Unfortunately, domestic abuse is also perpetrated both by women against men and in same sex relationships. We are also committed to supporting ‘Open the Door’, a county-wide campaign which aims to bring domestic abuse out from behind closed doors by encouraging people to start a conversation and seek advice and support.

“As a service it is fundamentally important to protect the public of Cheshire, which is why standing up in support of these campaigns to tackle domestic violence is absolutely the right thing to do. Being White Ribbon with accredited and supporting ‘Open the Door', gives us the best possible chance to help those victims who suffer domestic abuse.”