DEVASTATING FIRES impacting areas of grass and woodland quadrupled across Scotland in a year, the latest figures reveal. 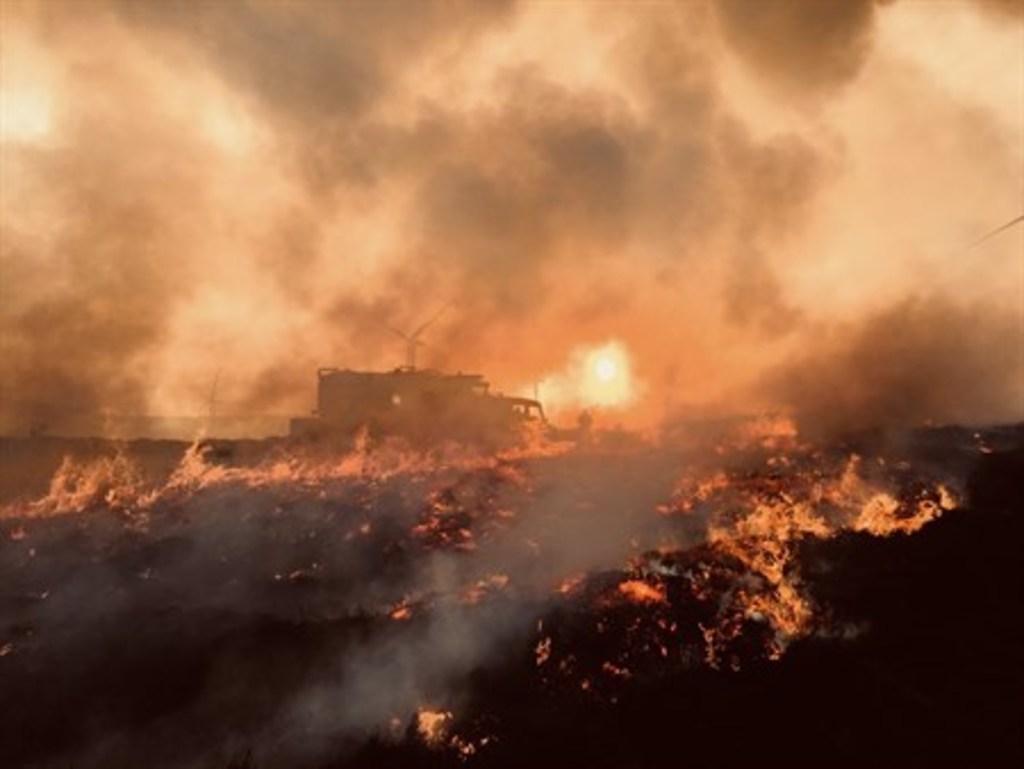 During just a two-month period last summer, firefighters across the country recorded close to 2500 fires affecting grassland, woodland and crops.

The figure is a steep increase on the previous year’s figure of 624 blazes – captured between June and August.

The impact of large fires in the open can be devastating for communities, wildlife and farmland, warned Scottish Fire and Rescue Service (SFRS) assistant chief officer Ross Haggart.

He said, “We have seen already this year the massive impact a large fire in the open can have.

“Huge swathes of land can be left ravaged by these fires, which can spread easily through high winds.

“The SFRS works tirelessly every year with our partners to help keep communities safe from these types of incidents.

“But communities can help us too. That’s why we are appealing to people to take great care – it is crucial that people act safely and responsibly in rural environments and follow the countryside code.

“Just one heat source, like a campfire ember, can cause it to ignite, and if the wind changes direction even the smallest fire can spread uncontrollably and devastate entire hillsides.

“People can help us by making sure they dispose of litter and smoking materials carefully while in rural areas.”

The latest stats also reveal an increase in deliberate primary and secondary fires.

Compared to the same period in 2017, June till August last year saw intentional secondary fires increase from more than 1700 incidents to almost 3200.

More than 500 deliberate primary fires were also noted during the same timeframe.

This week, the SFRS launched its #StampItOut Summer safety campaign to warn how the Service will do everything in its power to help Police Scotland trace those risking the safety of communities.

And, according to ACO Haggart, those who set deliberate fires need to be made aware of the true costs and consequences of their actions.

He said: “Every firefighter takes their preventative efforts very seriously – at the end of the day, we’d rather prevent a fire from happening in the first place.

“In the lead up to summer firefighters, Community Safety Advocates, teachers and community groups all help in delivering talks designed to inform young people of the potential consequences of deliberate fires.  Parents and carers can also help us share the message and achieve our aim of driving down deliberate fires.

“Ultimately I’d urge our communities to support our aim of reducing deliberate fires.

“These incidents put lives, property and the environment at risk.  They can also delay firefighters in getting to a real emergency such as a house fire where every minute counts.

“Firefighters will be there to respond when called upon, but please think twice before deliberately starting a fire.”