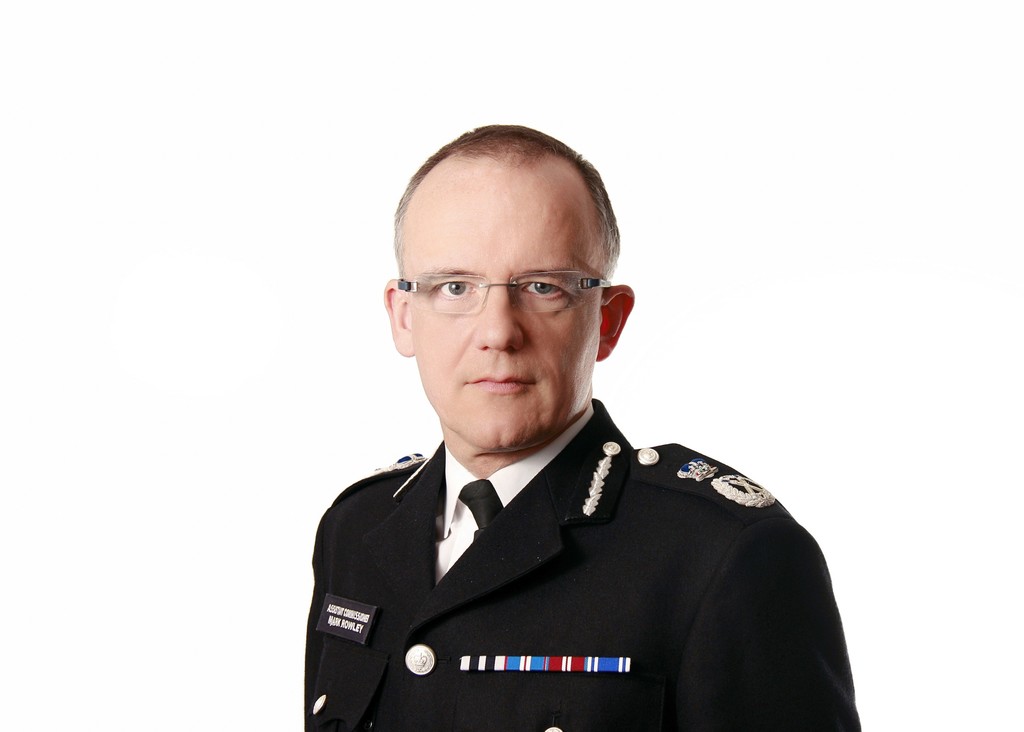 He will be retiring from policing after 31 years’ service, from joining as a constable in West Midlands Police in 1987 to leading the UK national Counter Terrorism Policing network at a time of unprecedented threat.

After serving as chief constable of Surrey Police he joined the Metropolitan Police Service as an sssistant commissioner in December 2011 where he oversaw work in areas including organised crime, sexual violence and other major crime. Most importantly he took on responsibilities for changing the Met’s approach to public order and countering gangs in the wake of the 2011 riots.

In June 2014 AC Rowley was appointed as head of MPS specialist operations and national lead for UK Counter Terrorism Policing – the day before Daesh leader Abu Bakr al-Baghdadi announced the establishment of a so-called “worldwide caliphate”.

Since that time AC Rowley has been at the forefront of driving forward UK policing efforts to counter and mitigate the threat from Daesh as well as from other terrorist groups and violent extremist threats, including working with MI5 and other intelligence agencies to successfully stop 23 attacks since the murder of Lee Rigby in Woolwich in 2013 – including 10 since March 2017. The transformation he has led has enabled CT officers to double the number of arrests made as they work to counter the terrorist threat - in the last year there were 460 arrests. Mr Rowley led policing through the tragic events of 2017, where all of these capabilities were deployed and robustly tested and found to have saved lives.

A keen advocate throughout his service for community policing and the Prevent programme, AC Rowley was instrumental in transforming CT policing capability, through boosting preparedness, command and control doctrine, specialist counter terrorism armed policing, and increasing join-up with community policing, while furthering the already close working relationship with MI5 and other intelligence partners.

Announcing his retirement from policing, AC Rowley said: “I am as proud of the police service today as I was when starting on the beat in Birmingham in 1987. Every day I continue to witness the selfless, unwavering commitment of all involved in protecting and serving the public.

“I really have loved every role I have performed, but three stand out for me: those first days as a West Midlands police constable; and later as Chief Constable of Surrey, an innovative force delivering pioneering community policing. However, my time in the Met, leading the National Counter Terrorism Policing network at the most extraordinary time has been the greatest privilege.

“I am incredibly proud to have led Specialist Operations and the CT Policing Network, and will always be in awe of the men and women who have worked tirelessly over the last few years to help keep the public safe, whether they were safeguarding vulnerable people against radicalisation, boosting the protection and security of people and places, or by pursuing record numbers of terrorists to stop their attacks. Their commitment when the threat has evolved and grown so dramatically has been truly extraordinary.

“It was immensely sobering, but none the less the greatest honour for me, to lead the response to last year’s terrible events in Manchester and London, where I witnessed the extraordinary bravery and compassion of UK policing. It is therefore no surprise to me that Her Majesty's Inspectorate of Constabulary and Fire & Rescue Services recently noted, the public’s confidence in the police to protect them against terrorism has, in the toughest year in decades, increased markedly.

“It has also been a privilege to have worked with two talented Met Commissioners, numerous Chief Constables around the country and an outstanding Director General of MI5 throughout my tenure. I now plan to catch my breath and then pursue fresh challenges.”

MPS commissioner Cressida Dick has praised AC Rowley’s contribution to policing London and the UK. She said: “Mark will be a huge loss to policing. He has dedicated himself to protecting and serving the public and should be immensely proud of everything he has achieved.

“Mark has always been a fantastic colleague, and I am personally very grateful to him for the support his has shown me since my return to the Met.

“He has been a thoughtful, innovative and skilful police officer and leader in West Midlands, Surrey, the Met and the national counter terrorism network.

“Over the past few years he has built the capability of UK’s counter terrorism policing to one that is envied around the world.

“As the threat has developed he has led officers and staff in London, the UK and around the world so we are able to do everything possible to take on the terrorists who want to destroy the freedom and democracy we all enjoy.

“He led us through the attacks this summer providing a reassuring, calm and effective response to the tragic events.

“I wish Mark well for the future and we should all thank him for the leadership and professionalism he has given policing throughout his career.”

AC Rowley will continue to lead Specialist Operations and the national CT Policing network until March where upon his successor will continue this critical national security role. The process for his replacement will begin in due course.

Home secretary Amber Rudd said: “I want to thank assistant commissioner Mark Rowley for his commitment to tackling the terrorist threat during his time as national policing lead for counter-terrorism. His leadership was especially apparent following the attacks last year when he provided the public with reassurance that we were being kept safe.

“Mark leads from the front, having won the respect of both his colleagues and peers. He works tirelessly to protect us, while ensuring justice is served to those intent on causing us harm. Working with the security services, his time leading counter-terrorism policing has seen many potentially fatal terrorist plots foiled.

“I am grateful to Mark for his long service and I look forward to working closely with him until his retirement from policing in March and wish him every success for the future.”

Mayor of London Sadiq Khan added: “Over 31 years of service Mark has risen through the ranks from his beginnings as a beat Constable in the West Midlands to assistant commissioner at the Metropolitan Police and the country’s most senior counter terrorism officer. That progression is a testament to his skill, tenacity and dedication, qualities I have seen time and again during our time working together.

“On behalf of all Londoners, I want to thank Mark for his unwavering leadership, especially last year in the face of four unprecedented terrorist attacks in London - and for the large number of attempts he and his team were able to prevent. I wish him all the very best for his retirement.”