NEW FIGURES issued by the London Fire Brigade (LFB) show the number of smoking-related fires in the domestic setting has increased by around 20% since the UK lockdown was announced, despite it being reported by ASH (Action on Smoking and Health) and UCL that one million smokers in the UK have quit during the pandemic, while a further 440,000 people have tried to kick the habit since late March. 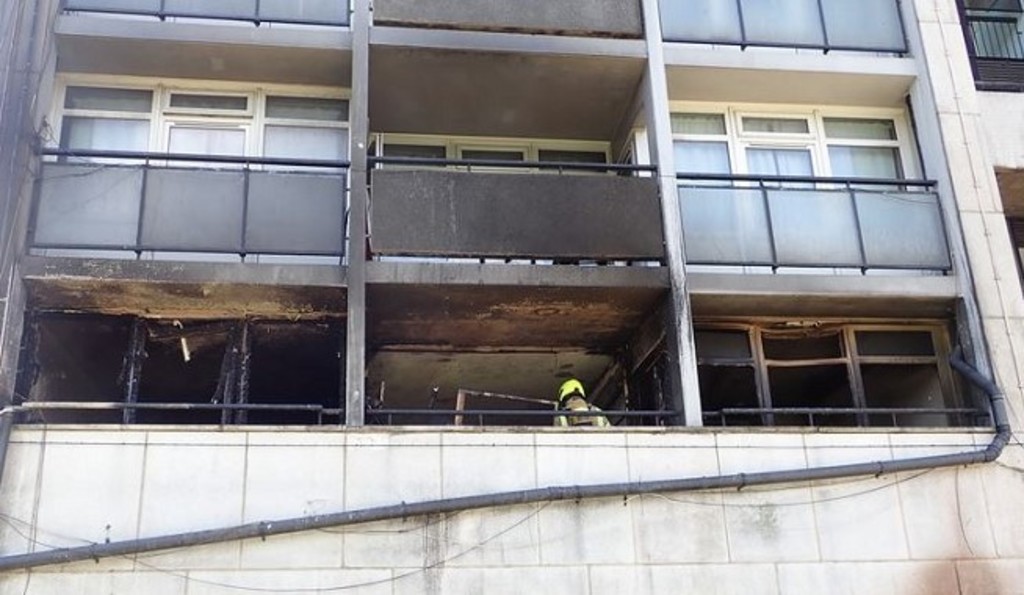 Smoking remains one of the leading causes of fires in the home environment. Last November, The Cube in Bolton – which plays host to students living in flat-style accommodation – was devastated by a fire found to have been started by a discarded cigarette on a combustible balcony.

According to the LFB, discarded smoking materials have been the root cause of over 500 fires during the lockdown period. Most notable among them was the blaze in London’s Kennington at the tail end of June which resulted in a first-floor flat being destroyed and no fewer than 18 people receiving necessary treatment from London Ambulance Service crews.

Clinicians have found that smokers are at an increased risk of developing serious health complications should they contract COVID-19 and advised smokers across the UK to quit the habit in the wake of the pandemic. While the ASH-UCL study suggests that many heeded that advice, 13% of Londoners who continued to smoke reported that they were smoking inside more than they had been before lockdown.

Charlie Pugsley, the LFB’s Deputy Assistant Commissioner for Fire Safety, stated: “When you read that one million people have given up smoking in recent months, you expect the number of smoking fires to mirror that finding and decrease, but we’ve actually seen the opposite. Lots of people have been working from home and staying indoors more, which might explain why we’ve witnessed a spike in smoking-related fires starting in various rooms in the home as people bring their smoking habits inside.”

According to ASH-UCL study, 400,000 smokers under the age of 30 have committed to make the change in comparison to just 240,000 of those over 50. Concern around the increase in smoking-related fires is heightened by the fact that older age groups are not giving up the habit in the same quantities as their younger counterparts. Older people who live on their own had three times as many fires in their home compared to those under 65, with smoking remaining a leading cause of fatal fires.

Pugsley added: “Due to the fact that we’re not seeing smokers over the age of 50 quitting in the same numbers as younger generations, we’re not going to witness a change in the number of smoking-related fires for many more years to come. This is particularly worrying because it’s the latter age group which is the most vulnerable to fires starting in the home.”

He concluded: “We urge people to take the opportunity and quit smoking now. If they cannot quit, it’s always safer to go outside to smoke, but they must make sure cigarettes are put right out and disposed of properly. People should never smoke in bed and must avoid smoking while sitting in armchairs and on sofas. It’s really important to dispose of smoking materials safely. Never throw cigarettes from balconies or windows.”

Hazel Cheeseman, director of policy at ASH, explained: “Our message for smokers is that today is the day to quit. There’s plenty of help out there. They can search ‘smokefree’ or look up the Stop Smoking London website to find out more. If people simply cannot bring themselves to quit, they can use nicotine replacement therapy or e-cigarettes inside which will protect others from second-hand smoke and reduce the chances of a fire.”

A litany of balcony fires the length and breadth of the country have been caused by smoking materials. It’s a staggeringly common occurrence.

Richard Izzard, managing director of non-combustible aluminium decking manufacturer AliDeck, observed: “We’re seeing balcony fires all around the UK with worrying regularity, most of which have been started either by the use of barbecues or carelessly discarded cigarettes. With more people staying indoors to self-isolate or working from home during the COVID-19 lockdown, it’s no surprise to see a rise in the figures, but simple steps to remove and replace combustible materials would solve the issue at a stroke.”

Short of an apparently very unlikely behavioural change in smokers, the only way in which to reduce the risk of fires on balconies being caused by discarded cigarettes is for all combustible materials to be removed and replaced with non-combustible options, one of those being aluminium decking which is A-Rated for fire safety. Removing combustible materials such as timber or composite balcony decking will immediately result in safer buildings and help to protect lives and property.