THE LATEST report into police efficiency published by Her Majesty’s Inspectorate of Constabulary and Fire and Rescue Services has described the police force as under “significant stress”. 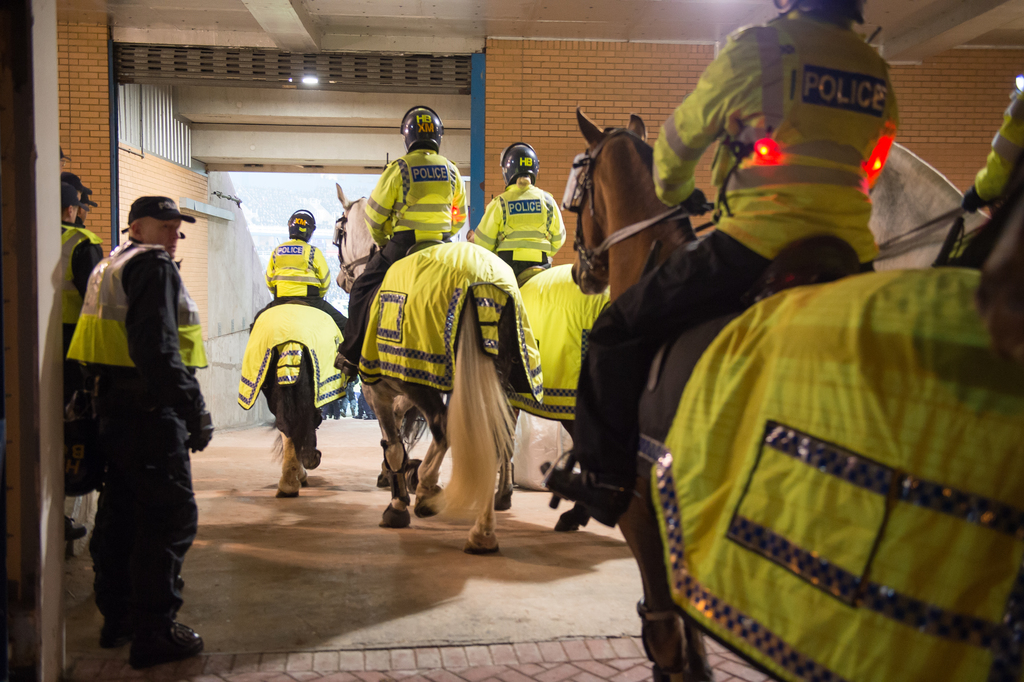 The report recognises that policing has had to make, and will continue to have to make, very difficult decisions about where to focus its resources. The policing workforce has shrunk over the last few years; in most forces, this has resulted in a better use of resources and a more focused policing model that is more efficient.

The report highlights that every force faces different circumstances in terms of the problems it has to confront and its financial position. The findings from this inspection again show that even when their financial position is particularly difficult, it is possible for forces to gain a positive grade in relation to their efficiency.

Almost every force has an adequate understanding of its current demand, while the best forces use sophisticated models and a range of data to understand trends. The best forces also have completed sophisticated analyses to identify where the greatest risks to them lie in terms of under-reported or otherwise hidden demand. However, the majority of forces could do more to improve their understanding of this area.

HMICFRS remains concerned that few forces have taken sufficient steps to understand the skills they have, or need, in their workforce. Although more forces have started to improve their understanding of this, most of them still focus on current skills, rather than on the skills they are likely to need in the future. This makes it harder for those forces to plan effectively for skills, according to the report.

More and more forces are using some form of risk-based analysis to inform their allocation of resources, but some remain unable to allocate adequate resources to meet the needs of their demand model. There are many examples of forces using their resources flexibly. However, not many forces have carried out sufficient analysis to be confident of their ability to predict the overall effect of moving resources from one area of operations to another.

This is particularly true within force control rooms, which primarily deal with public 999 or 101 calls. At the time of inspection, some control rooms appeared to be struggling to meet demand, particularly in relation to 101 non-emergency calls. Many forces have found it difficult to retain control room staff and a number of them rely too much on outdated technology. Some forces are considering different ways of managing demand through online tools, although only a small number of high-performing forces can demonstrate the effectiveness of these tools.

The report concludes that while most police forces throughout the country have risen impressively to the challenges they face, policing remains under significant stress. Forces need to be more ambitious and innovative in terms of their plans for the future; the problems facing those forces that fail to do so could potentially prove overwhelming.

HMI Mike Cunningham, who led the inspection, said: “The findings from this inspection are positive, with the majority of forces able to demonstrate that they have absorbed budget reductions well and have improved the efficiency with which they operate.

“We recognise the pressures forces are facing are increasingly complex. The speed with which forces can improve efficiency relies on the continued resilience, adaptability and commitment of those working in policing. From speaking to staff and officers throughout every police force in England and Wales, we can see that policing is under significant stress.

“In the last year, we have seen bravery and professionalism in dreadful circumstances, showing that policing relies on the commitment and dedication of its workforce, whatever their rank or role, to help keep the public safe.

“Forces continue to have to make challenging financial decisions. However, the majority of police forces need to be much more ambitious in their plans for changing how policing services are offered in the future, and to accelerate those plans, especially when improving their digitally enabled services.”

Police Federation of England and Wales chair Steve White said the latest report echoed what the Federation had been saying repeatedly and that the findings were “no real surprise,” and reported on issues that it has been highlighting for years. He said: “The demand on our already thin blue lines are too great, based on what we’ve been told directly by our members. Today’s report provides further evidence of this.

“There does need to be greater use of technology to help tackle the issues at stake, but technology does need investment and Chief Officers face difficult decisions when there is no money in the pot,” continued Mr White.

“The police service is well versed in making change and improvements in the way it delivers its service but with demand continuing to increase and fewer officers on the streets there is only so much that can realistically be achieved without proper investment, no matter how smart the technology is.”

“Our officers want to deliver the best service they can but are frustrated by out of date systems and lack of investment in technology to do their roles, among other things. At the end of the day what use is an iPad to complete paperwork on the go if there is no one to use it in the first place? We agree with the report findings that ultimately, this area requires adequate resourcing, investment and plans for the future.”