THE CITY of London Police has launched a new scheme that will introduce Emergency Trauma Packs (ETPs) to prominent buildings and business premises in the Square Mile. 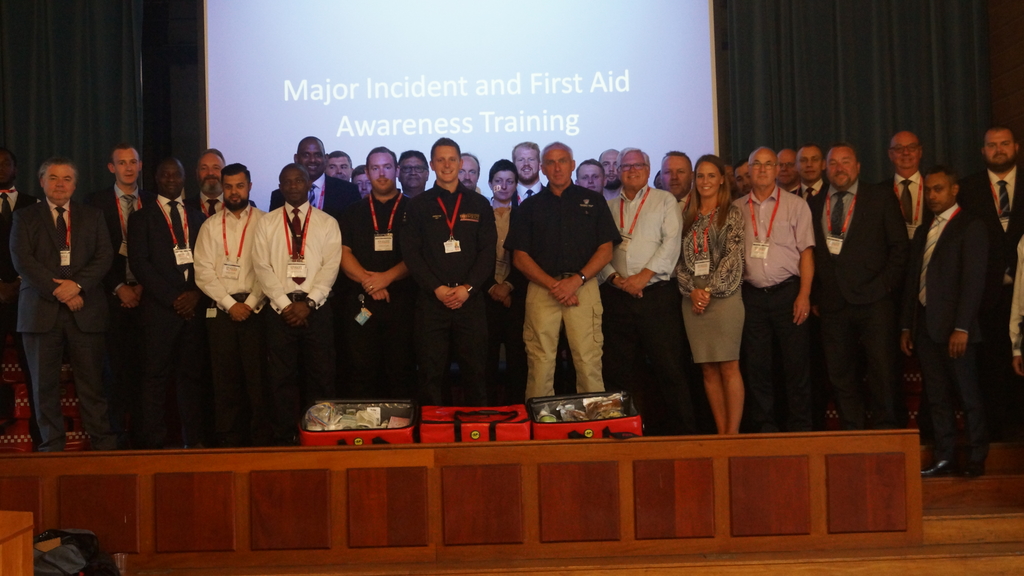 Each pack is stocked with a collection of specialist medical equipment to treat casualties, with the location of the kits plotted on a map so that the City of London Police control room are able to make use of the packs in the event of a major incident. By having fully-stocked ETPs on their premises, first responders, businesses, and members of the public will have the tools readily-available to respond in the event of an emergency.

On 19 July, the City of London Police and Ultimate Security presented the emergency trauma packs and training to the first 35 recipients at a special seminar. At the event, Landsec properties in the City were used as the pilot to demonstrate how police respond to a major incident and the type of injuries that may need to be treated.

In addition to the numerous local businesses which have already signed up to the scheme, the City of London Corporation also plans to equip a number of Corporation sites within the Square Mile with the useful packs. Superintendent William Duffy from the City of London Police said:  “As we have seen over the recent months in which London and Manchester have been targeted by terrorists, the first aid that is administered within the first few moments following an attack can be life-saving.

“Due to the nature of major incidents, the public will inevitably be at the scene. If businesses and other premises have enhanced medical equipment on-site we can give people access to the tools needed to help save lives. The availability of these kits is in many ways a natural accompaniment to the CitizenAid app that launched at the start of this year. The application of knowledge and simple skills in the critical period immediately after injury can make the difference between life and death.”

City of London Police is not paying for the kits but has given advice, in conjunction with the London Ambulance Service, on what should be included, and is advising businesses on kit we believe would be of use. Currently the scheme is being piloted within the City business community, and the initiative will be made available to others within the City including local schools and licensed premises.

City of London Police inspector Chris Hay added: “The aim of this initiative is simple - to augment the ability of first responders and members of the public to treat casualties in the event of a major incident. The concept works in line with recent recommendations from the London Resilience Board, which is to equip members of the public to help save lives.

“The ETPs do this by providing accessible, industry-leading medical supplies to both members of the public and emergency services. Moreover, having the ETP locations mapped and accessible to City of London Police control room staff enables a co-ordinated response with businesses, assisting to mitigate the impact of a major incident.

“The feedback from the business community has been exceptional, with 34 businesses committing to purchase the kits and over 50 ETPs already being placed within the city footprint. Given that the initiative is still in its infancy, we hope to develop and continue to enhance ETP coverage throughout the City.”