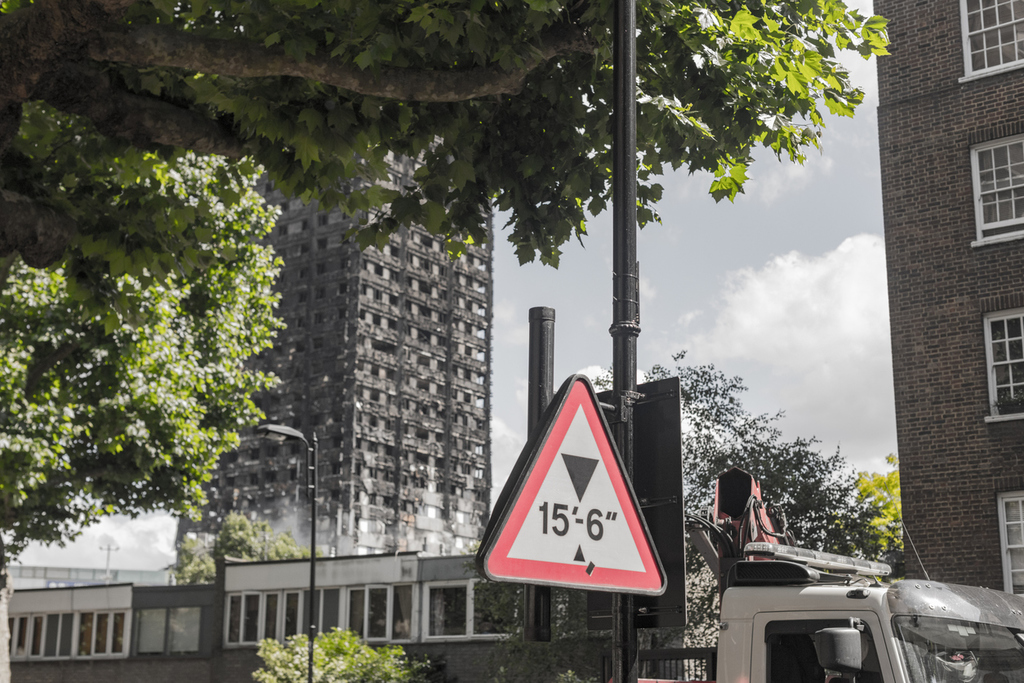 The Phase One report of the Grenfell Tower Public Inquiry recommended that the owner and manager of every residential high‑rise should be legally required to prepare PEEPs for all residents whose ability to self‑evacuate may be compromised. Additionally, Dame Judith Hackitt’s report entitled ‘Building a Safer Future’ recognised the need for provisions for disabled and potentially vulnerable people. In the UK, over 14 million people have a disability.

Cognitive and physical impairments are factors that can influence the ability to evacuate a property. In addition, a major fire in a high-rise building does not just put the occupants of a single household in danger, but potentially multiple occupants in several dwellings above and below the seat of the blaze.

Sakina Afrasehabi, who had severe arthritis and walked with a frame, died on the 18th floor in the Grenfell Tower tragedy at the age of 65. She was unable to negotiate steps, but was housed in the tower because it had a lift, which stopped working on the night of the fire.

Afrasehabi’s family members believe she would still be alive today if there had been a PEEP in place for her.

The new petition, launched during the week of the fifth anniversary of the tragedy, requires 10,000 signatures for the Government to respond and 100,000 in order for it to be considered in Parliament.

While evacuation plans are critical in the event of tenants needing to leave a given building, there are also new and intelligent ways in which to help mitigate fire risks for the estimated 43% of social housing residents living with a long‑term disability before a 999 call needs to be made.

Industry experts are now using the Internet of Things (IoT) to transform fire safety for those most at risk in our communities. Data monitored in real-time can alert social landlords to the status of alarms in the property (including when they are triggered and when they need to be replaced).

Being able to combine this information with data on individuals’ physical or mental status is critical. If someone is suffering from dementia, is partially sighted or uses a wheelchair, their ability to respond quickly in the event of a fire may be compromised. This data is crucial for providing a higher level of care and protection for the most vulnerable.

FireAngel Connected is a purpose-built cloud solution for fire detection and prevention. Developed on the back of 15 years’ worth of IoT expertise, the built-in FireAngel Predict capability can monitor data over time to highlight trends and inform landlords when they need to check in with their tenants.

For example, it can show if a tenant’s alarm is triggered frequently due to electrical appliances overheating, food being left in the oven too long or other common behaviours that are consistent with a decline in cognitive abilities.

The network can also send rapid and detailed alerts if it registers heat, smoke or gas. Even if a tenant is unable to call for help themselves, the Fire and Rescue Service can be contacted and dispatched at speed.

Nick Rutter, FireAngel’s co-founder and chief product officer, commented: “We’re at a stage now where technology can shoulder some of the responsibility of fire safety. Housing providers, Fire and Rescue Services and regulators can use it to protect tenants and homes more effectively, ensuring that everyone receives the help they need, when they need it.”

Rutter concluded: “Looking to the future, we need a combination of the IoT, robust fire detection and alert systems and evacuation plans to ensure tenants feel safe in their homes and that a tragedy like Grenfell never happens again.”

The Fire Brigades Union (FBU) has revealed that 221 firefighter positions have been cut since the Grenfell Tower tragedy, which occurred on 14 June 2017.

The figure emerges after large cuts to the Fire and Rescue Service in the run-up to Grenfell with the UK, for example, losing over 11,000 firefighter roles between between 2010 and 2017. That’s nearly one-in-five and, according to the FBU, represents the Government’s “failure to change course” after years of deep cuts prior to the events that unfolded at Grenfell.

Matt Wrack, the FBU’s general secretary, said: “Despite the worst UK domestic fire in living memory, the Government is still failing to change direction and take fire safety and the Fire and Rescue Service seriously. It’s an insult to the people who lost their lives and an insult to the Grenfell community.”

Wrack added: “Unfortunately, none of this is a surprise. Central Government let Grenfell be turned into a fire trap and has done nothing to fix the building safety crisis that has come to light since. Nonetheless, we should not take our eye off just how heartless you have to be to see an incident like Grenfell and then continue on the path that has been travelled. They are gambling with lives.”