SCHOOLS IN England are nearly twice as likely to suffer a blaze as other types of commercial building. That’s according to new research conducted by Zurich Municipal, one of the prime insurers of schools in the UK. 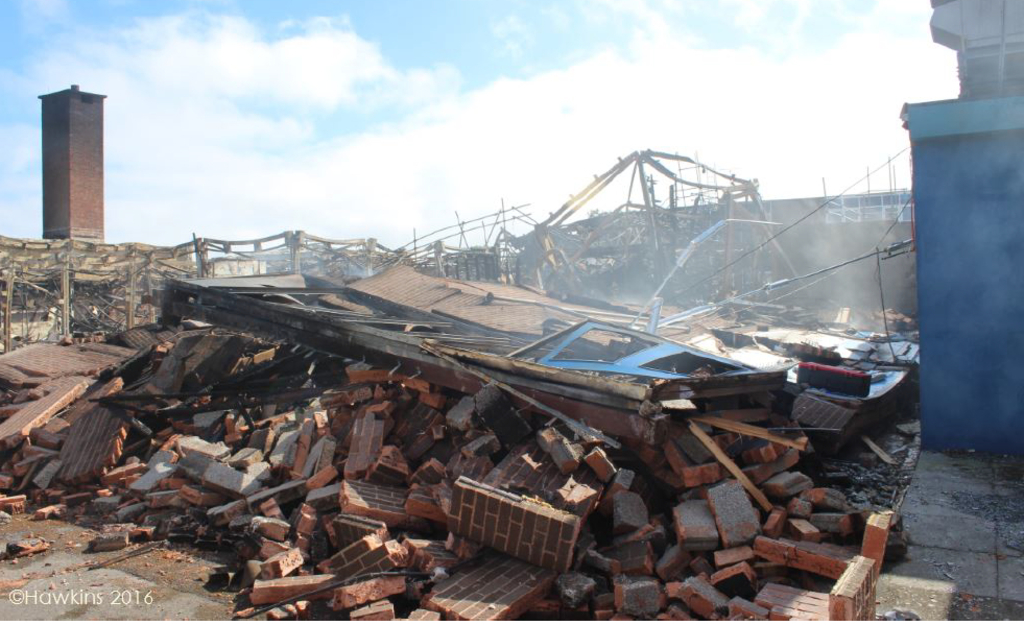 In what’s described as “the most comprehensive analysis of its kind to date”, Zurich analysed the fire risks posed at 26,866 primary and secondary schools in England. The research found that the average school posed a fire risk 1.7 times greater than for non-residential buildings (with a fire risk score of 0.58 and 0.33 respectively according to Zurich’s model).

When compared to 2.9 million non-household properties, schools were also three times more likely to fall into the ‘high’ fire risk category (58% versus 20%) as defined by the study.

Data scientists analysed 33,000 fires from the last six years to identify factors that increase the likelihood of a blaze from which they then produced a fire risk score. These factors include listed status, the presence of cooking equipment and the size of the building itself.

Despite being far riskier than average when it comes to fires, many schools also lack the equipment needed to prevent small fires from becoming major disasters. Of more than 1,000 school inspections carried out by Zurich, 66% of the locations were rated as having ‘poor’ fixed fire protection systems, such as sprinklers, which are proven to significantly reduce the damage caused by fire. Just 14% were rated ‘good’ or ‘excellent’. A further quarter (24%) were judged to be ‘poor’ for fire detection measures, such as smoke detectors and fire alarms.

Firefighters have been called to nearly 2,000 school blazes in the last three years. Malfunctioning appliances or equipment, faulty electrics, arson and kitchen blazes are among the leading causes of school fires. Larger fires in schools cost an average of no less than £2.8 million to repair and, in some cases, the repair bills run to over £20 million.

Bigger and older schools, including those with a canteen, and secondary schools – which have more complex and dangerous equipment – were identified as being particularly at risk. A correlation between poor OFSTED ratings and greater risk of fire was also identified in the analysis.

The findings have led Zurich to launch a Parliamentary petition designed to urge MPs to change the law on sprinklers in schools. While sprinklers are compulsory in all new or major refurbished school buildings in Scotland and Wales, this is not the case in England. In fact, they’re presently fitted in fewer than one-in-six new school buildings.

Tilden Watson, Zurich Municipal’s head of education, stated: “An alarming number of school buildings pose a high fire risk, yet many are poorly protected against a potential blaze. Unless Government ministers bring England into line with other parts of the UK, where sprinklers are mandatory, large fires will continue to blight schools. This is harming the education of children and putting lives at risk.”

Watson continued: “Burned out schools and classrooms cause major disruption to education, with repairs leading to months or even years of upheaval. They also result in the loss of spaces which local communities rely on out of school hours. As well as protecting pupils, sprinklers drastically reduce the extent of damage when there’s a blaze, often confining the fire to a single room. This allows children back into schools and classrooms quicker as well as saving taxpayers’ money.”

Nick Coombe, protection vice-chair and building safety programme lead for the National Fire Chiefs Council, commented: “The case for sprinklers is compelling. Of almost 1,000 fires over five years in buildings where sprinklers were fitted, our research found they controlled or extinguished blazes in 99% of cases. We want to see a greater inclusion of automatic fire suppression systems, including sprinklers, across the built environment. Sprinklers can dramatically reduce fire damage, making the re-opening of a school much easier. This not only minimises the disruption to education, but also the impact on families, the community and the wider educational establishment.”

According to Zurich’s analysis, seven million (7,036,327) primary and secondary school children are taught in the 58% of buildings that are at a high fire risk. In June, Boris Johnson pledged £1 billion to fund a decade-long school rebuilding and repair programme and a further £560 million in early August. Based on large fires alone, Zurich estimates that the repair for school fires could hit £320 million over ten years – a significant portion of the Government’s slated investment.

Zurich wants the Government to ring-fence some of its promised investment to improve the resilience of schools at high risk of fire. Insurers work closely with schools to help them manage their fire risks, but the installation of sprinklers minimises the dangers from the outset.

Tilden Watson concluded: “It costs far more to repair fire-ravaged schools than it does to install sprinklers. Even so, cash-strapped schools cannot be expected to pick up the bill. The Government’s COVID-19 investment is a critical opportunity to ensure schools are more resilient to fire. Unless Government ministers change the law on sprinklers, much of this funding will be wasted on repairing the fire damage that sprinklers could have easily prevented. The Government should also gather and disclose more data on school fires to help fully understand the risks they pose as well as their wider financial and social impacts.”

Connah’s Quay High School in Flintshire, north Wales, was saved from a potentially disastrous blaze when a laser-cutter caught fire. Around 1,000 pupils had to be evacuated one lunchtime when the fire broke out at the secondary school in June last year. The school’s sprinkler system quickly extinguished the fire and contained the damage to a single room, thereby allowing pupils to return the next day.

Emma Dale, Connah’s Quay High School’s business manager, said: “Without sprinklers, the damage could have been devastating. Sprinklers are a cost-saving measure, not an expense. They save the cost of rebuilding and repairing schools and can pay for themselves in lower insurance premiums.” Speaking at the time of the blaze, a spokesperson for the North Wales Fire and Rescue Service added: “This incident clearly highlights the importance of sprinklers in helping to avoid the spread of fire.”

Zurich’s analysis looked first at all non-residential property in England, starting with identifying the 33,000 properties where a fire had occurred in the last six years (sourced via Freedom of Information requests to County Councils). By using a range of available data sources (mostly open data) on those properties, Zurich’s analysts were then able to assign more than 160 attributes to each property (eg listed status, size, shape and indicated cooking equipment present, etc).

Machine learning techniques then identified which factors were most commonly aligned to buildings that suffered a fire and scored all non-residential buildings from 0-1 in terms of risk score, with the Top 20% (ie those scoring 0.556 or more) deemed ‘high’ risk. Then the team analysed the data on 26,866 schools in England (78.2% of all primary and 67.2% of all secondary schools). This showed scores of 0.556 or higher in over 58.6% of schools analysed.

The average fire risk score of all non-residential buildings was 0.33 versus 0.58 for schools (ie nearly twice the risk).