A man and woman were sentenced on Friday, 10 January following an investigation by the Met’s Central Specialist Crime – Cyber Crime Unit. 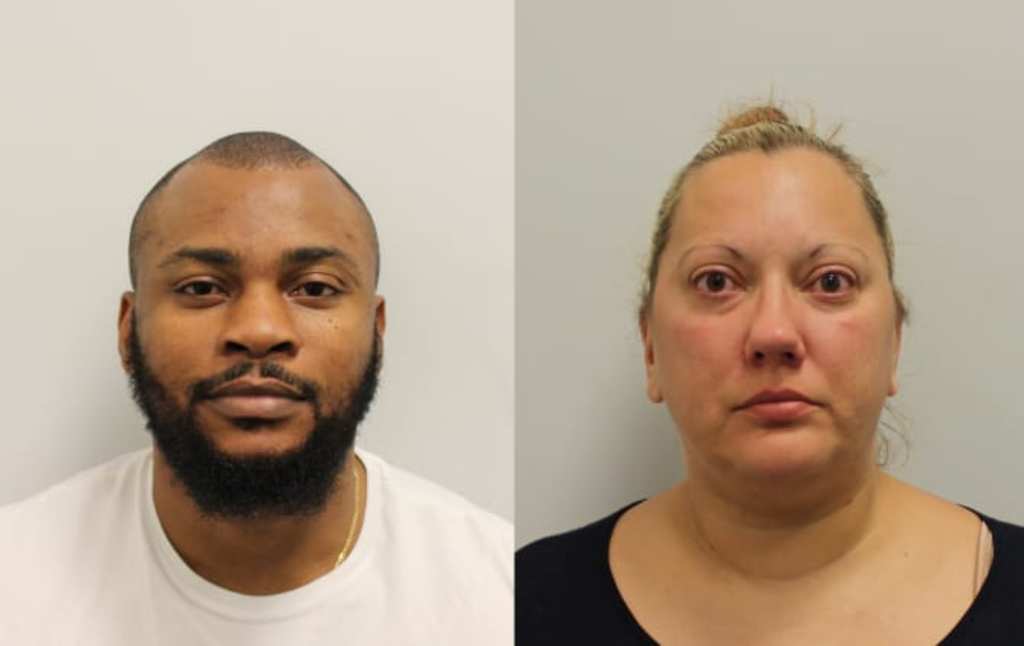 They were found guilty by a jury at the same court on 27 November, 2019 of two counts of conspiracy to defraud and two counts of conspiracy to commit fraud by false representation between 1 February 2012 and 14 May 2018. In addition, Ajayi was also found guilty with failure to comply with a Section 49 RIPA notice (to disclose the PIN code to his phone).

The suspects also applied for bank accounts, loans and credit cards in customer names without their knowledge.

On 22 November 2016 officers executed a search where they subsequently arrested Ajayi and Irbe for Fraud by False Representation. A search of the room they were living in was conducted and various items were seized including mobile phones, iPad, Tablets (Laptop), a computer and a financial document.

Both were arrested and bailed pending further enquiries.

On 7 September 2018 at 8am, while the pair awaited a trial for the above offences, police executed a second search warrant. When officers knocked on the front door of the address, there was a delay in anybody answering the front door. Officers saw Ajayi at an upstairs window in one of the bedrooms, while Irbe was downstairs. After a couple of minutes police warned they would force entry to the address. They eventually allowed officers access to the property.

A search was conducted of their home address and numerous items were seized including Apple iPhone, Huawei and x2 Nokia mobile phones, SIM Cards, iPad, Dell Laptop, an Apple iPad, bank cards in other people’s names, correspondence in other people’s names and £1,200 cash in £50 notes. A search was carried out of the rear garden and officers found a Dell Laptop lying on top of the grass with a blue USB Stick still inserted in the laptop.

They were cautioned to which they made no reply.

Later that day both suspects were charged with Conspiracy to commit fraud by false representation between 11/05/2016 and 14/05/2018 at various locations in London. They were remanded to appear the next day at Magistrates’ Court where they were given bail.

Detective Inspector Gary Myers, from the Met’s Central Specialist Crime – Cyber Crime Unit, said: “Ajayi and Irbe committed these offences in a manner that demonstrated a lot of pre-planning and deception, however they were not able to deceive officers who carried out a full, thorough and committed investigation which has brought these two criminals to justice.

“Whilst cyber-crime can often be complex and investigations take a number of months, officers from the Met will not relent in pursuing those that hide behind their keyboards to steal other people’s money and make their lives a misery.”