A FAMILY of eight managed to get out safely when their house on Crescent Road, Stafford, caught fire on 28 May, thanks to an additional smoke alarm in the loft space. 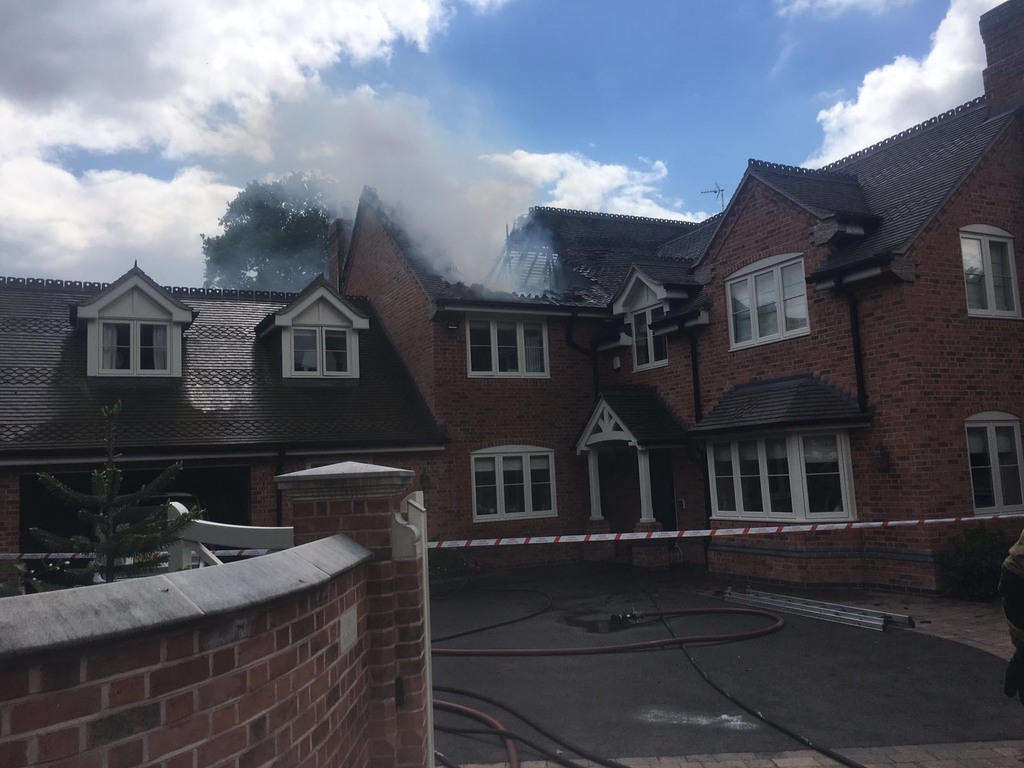 Crews from Stafford, Stone, Penkridge and Longton were called to the incident just after 1pm. At the height of the blaze, there were five appliances in attendance, including the Aerial Ladder Platform from Longton. Firefighters in breathing apparatus used two main jets and a hose reel jet to extinguish the blaze, which badly damaged the roof.

Crews remained at the scene until 9.40pm to make sure the property was safe and that there was no danger of the fire reigniting.

A fire investigation was carried out and it is believed the blaze was caused by an electrical fault in the loft space. The family was alerted to the danger by a linked hardwired smoke alarm system. The alarm in the loft space activated all the smoke alarms in the house, so the family were able to leave the house immediately and safely.

Simon Craythorn, station manager said, “Fortunately, no one was hurt as a result of this fire however the family will not be able to live in the property for some time. This incident highlights the importance of installing smoke alarms on every floor of your home. Thanks to an efficient early warning system provided by smoke alarms, this family was alerted to the blaze at the earliest opportunity, which saved them from possible injury. Please also make sure you test your alarms every week.

“You should also make sure you have an escape route and that every member of your family knows how to get out if a fire occurs in your home. Once out, stay out and dial 999.”