FIRE SAFETY solutions manufacturer Plumis has scooped two prestigious awards, winning SME of the Year and Innovation of the Year in the regional finals of this year’s Make UK Manufacturing Awards. The company has also just won a substantial £350,00 Smart Grant from Innovate UK. 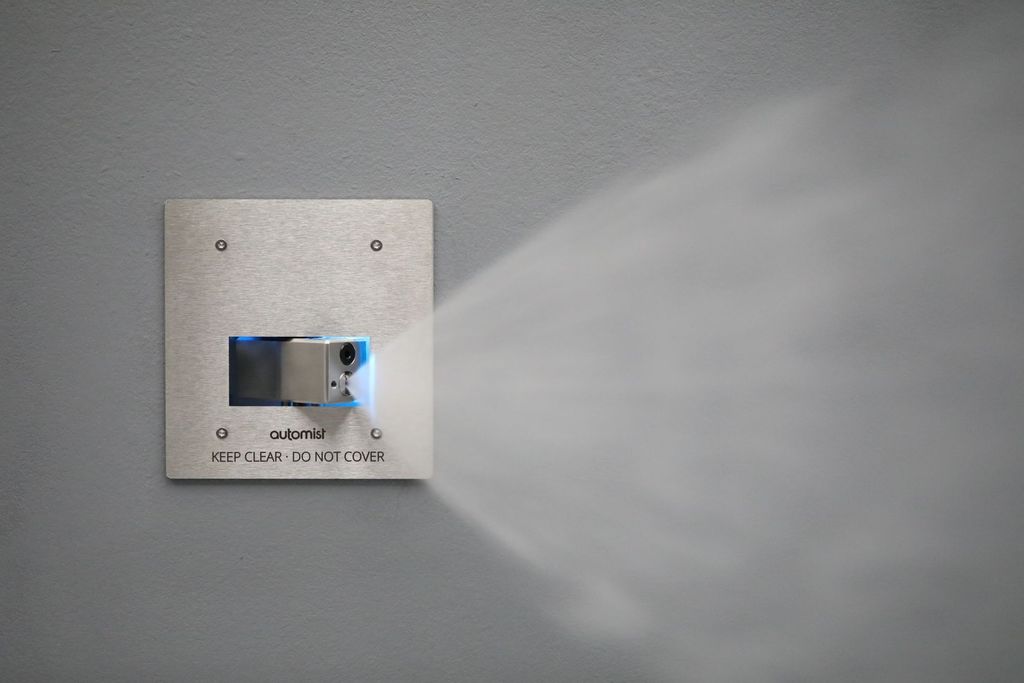 Judges for the Make UK Manufacturing Awards praised the company for its “reinvention” of the traditional fire safety sprinkler as well as the organisation’s continued growth, the latter realised through developing new solutions for the global market.

Formed back in 2008 with the aim of creating a more affordable and effective alternative to traditional fire sprinkler systems, Plumis now has 27 employees. The Perivale-based company’s products, which use fire suppression misting technology, are both easy and cost-effective to install or retrofit. They also use much less water and so, when compared to conventional sprinklers, reduce any consequential water damage if and when activated.

Commendably, Plumis more than doubled its turnover in the three years to 2019 and, following the launch of its latest fire safety system back in 2018, grew its business volumes by almost a third last year.

In their citation, the presiding Judges for the 2020 Make UK Manufacturing Awards stated: “Plumis is an innovative British engineering company that has developed a new fire suppression misting technology. The business has shown impressive revenue growth from its life-saving product and its customer base looks set to expand.”

Yusuf Muhammad, chief design officer and co-founder of Plumis, observed: “We’re understandably delighted to have picked up not just one, but both of these Make UK Manufacturing Awards. To be named SME of the Year and have our fire safety solution crowned Innovation of the Year is a real testament to the team’s hard work. As a business, we’re wholly committed to taking a fresh approach towards the challenges of keeping people safe from fire. We will continue to innovate as we evolve our products still further.”

Jim Davison, southern region director for Make UK, responded: “These awards are a testament to the dynamic companies and individuals working within engineering and manufacturing. The sector has been at the heart of delivering during the Coronavirus crisis and, as we begin to re-build our economy, there will be a bright future ahead for those companies and individuals that make the most of their talent.”

Plumis will now go forward to the national finals and compete against other regional winners from across the UK. The firm has previously won a clutch of other prestigious awards, including the Red Dot Design Award and Her Majesty The Queen’s Award for Enterprise: Innovation.

As stated, Plumis has also been awarded a Smart Grant of £349,526 courtesy of Innovate UK to enhance its fire safety technology. The company’s award-winning fire suppression misting technology Automist is designed to provide increased protection for those most at risk of injury or fatality from fire and was developed with the support of previous grant successes from Innovate UK.

This time around, Plumis will be investing 30% of the money into R&D costs and plans on adding further value to its Automist system by making it smarter and even more cost-effective.

William Makant, CEO and co-founder of Plumis, informed Fire Safety Matters: “Our mission is to keep evolving our technology to ensure that it meets the ever-changing fire safety needs of large-scale housing providers.”

By combining its advanced engineering technology with Internet of Things in addition to home safety and security applications, Plumis now plans on taking its advanced fire suppression systems to the next level.

“In this next phase of R&D, we’ll be using temperature sensors to provide additional environmental monitoring that can link to smart thermostat functionality,” continued Makant. “This will support social landlords with reducing their homes’ carbon footprint without the need for any additional capital investment. It will also assist those same landlords to identify potential cases of fuel poverty and provide information on occupancy that can be used by the local Fire and Rescue Service in an emergency situation.”

Plumis is looking to explore the capability of its sensors being used to support housing providers with keeping vulnerable tenants safe in an independent living environment by monitoring patterns of potentially dangerous behaviour like individuals leaving the hob switched on after they’ve finished cooking.

“By implementing this feature,” concluded Makant, “our aim is to be able to offer housing providers and carers a better understanding of any potential risk in the home, and particularly so for those whose vulnerability or health may have changed, thereby enabling them to intervene and mitigate any risks.”