NEW RESEARCH has discovered that concealed fire sprinklers activate between 2.0 and 13.7 times slower than electronically controlled automatic watermist fire suppression systems. With the research results due to be published in June, the study has been undertaken by Plumis, Ashton Fire and OFR Consultants and was partially funded by an Innovate UK Smart Grant. 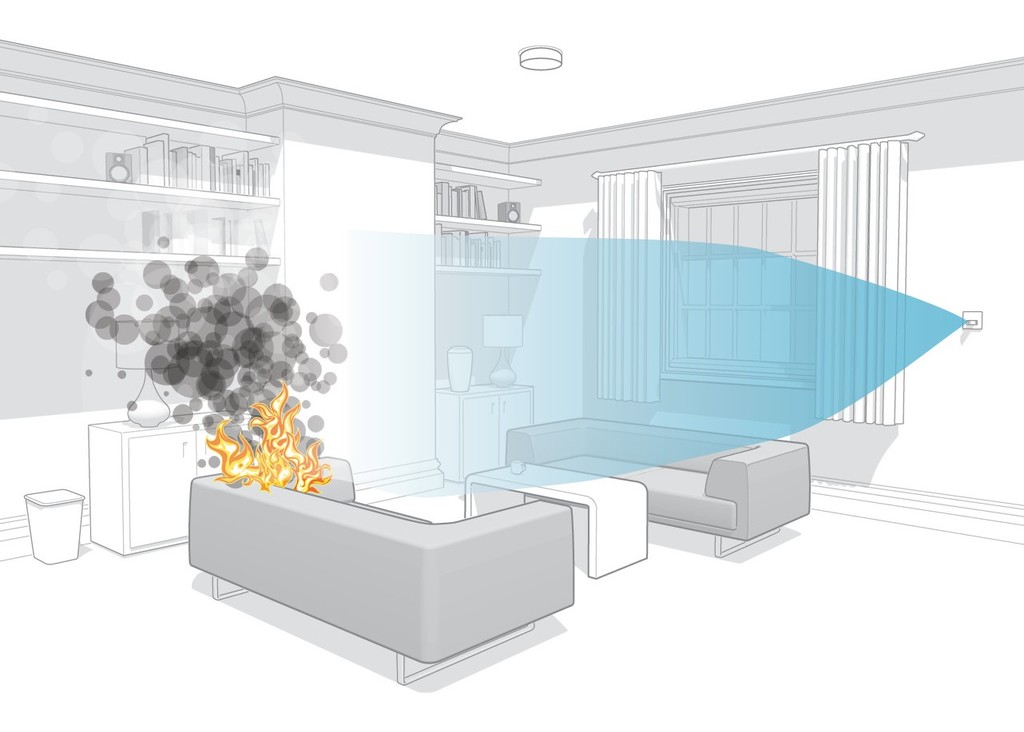 This research is part of a wider project designed to examine the performance of electronically controlled nozzle watermist suppression systems in comparison to traditional sprinkler systems to reduce the number of fire-related fatalities and injuries.

Testing for the research included reporting on two enclosed experiments, replicating scenarios that would enable the researchers to document those hazards that are not currently captured by existing standard test methods.

For example, one of the scenarios assessed the suppression systems’ ability to tackle a smouldering and slow-burning refrigerator fire, which produces a high volume of toxic smoke, but limited heat. This type of fire is more representative of a typical domestic fire as most do not spread beyond the room of origin.

Traditional sprinklers depend on heat for activation, but in this experiment the research team was able to identify whether alternative systems and technology can offer reliable and early detection yielding suitable intervention, in turn supporting the recommendations made by the Building Research Establishment back in 2019 when it comes to reducing fire fatalities.

Yusuf Muhammad, co-founder at Plumis and co-author of the research, said: “Being overcome by gas or smoke remains one of the biggest killers in domestic fires. As shown from this research, electronic activation can significantly improve the time it takes for a fire suppression system to begin to tackle a fire compared to existing sprinkler systems. The earlier operation, combined with activation at a much lower temperature than that required to burst the glass bulb of a sprinkler, helps in terms of reducing smoke and maintaining survivable conditions.”

Muhammad continued: “The findings of the research provide fire engineers with the input parameters and assumptions necessary to represent these systems in performance-based assessments, ensuring that the best fire suppression solution is chosen in relation to the fire safety requirement for which they are making recommendations.”

Having studied for a Masters degree in engineering and a double Masters degree in innovation design engineering, Muhammad has won numerous international awards for his work including the James Dyson Award, the Toyota IQ Design Challenge and the Transport Design of the Year Award bestowed by the Design Museum. He has also appeared on the BBC 2 show ‘The Big Life Fix’.

Charlie Hopkin, computational fluid dynamics lead/associate at Ashton Fire and also co-author of the new research, explained: “The capability of watermist solutions as an alternative to sprinklers is an area of interest that I’ve wanted to explore for some time now, so the opportunity to support Plumis with various research items over the last few years has been a valuable experience.”

Hopkin continued: “In my interactions with the Plumis team, I’ve witnessed an enthusiasm to engage industry third parties in receiving important feedback, as well as a willingness to fund research and experiments designed to explore common industry questions around the performance of their systems.”

As stated, the measured activation times of a concealed sprinkler head are 2.0 to 13.7 times greater than those using an electronic nozzle system. A combination of an effective Response Time Index of 20 m½s½ and an effective conduction factor of 0.25 m½s-½ has been shown to reasonably predict activation times for an electronic nozzle system when simulated in a B-RISK zone model.