‘Be a part of history’. That’s the tagline for the latest research project spearheaded by the International Foundation for Protection Officers (IFPO) in collaboration with Perpetuity Research. As Peter Stiernstedt explains, the basic aim of that project is to more clearly define the role, responsibilities and duties of today’s security officers while also taking full account of the perceived complexities therein 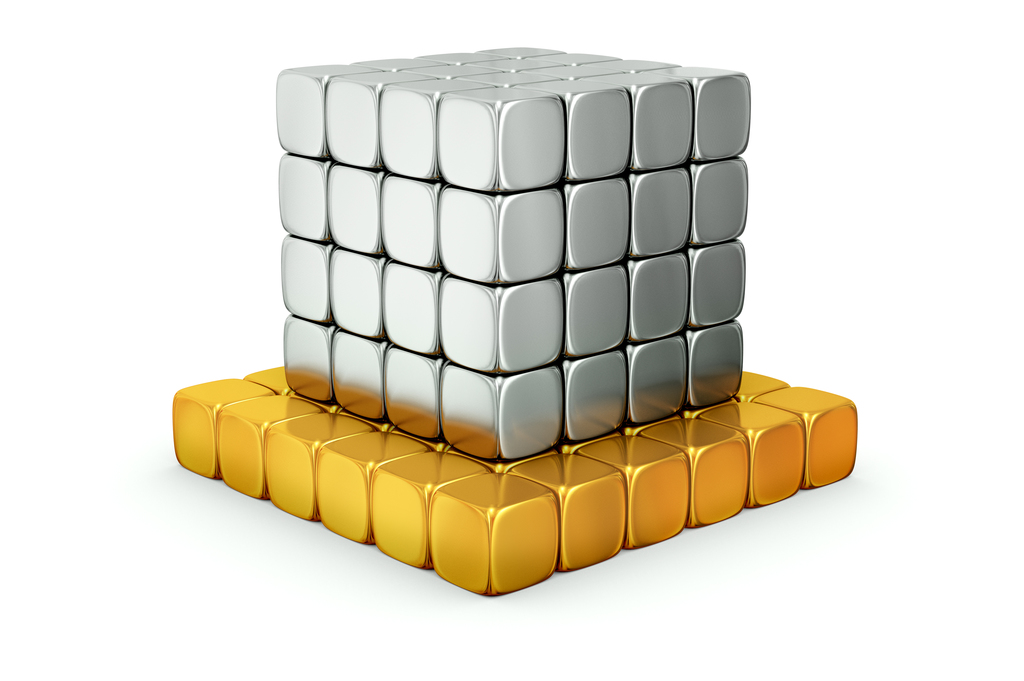 THE SCOPE of this research study – which is being run under the heading ‘Exploring the Modern Role and Job Complexity of Security Officers’ – is all about understanding the range of duties undertaken by security officers, the tasks for which they’re responsible, the types of tasks they find the most difficult and those they deem the easiest, the complexity of these various tasks, the skills and knowledge required to complete these duties, the tasks they undertake (from the common to the rare) and the extent to which (and how) tasks undertaken overlap with those apportioned to other workers.

Ultimately, the hope is that this research will inform decision-making in the sector going forward and actively assist in improving and delineating the career path for those operating on the front line.

The scope and size of this study is only paralleled by its ambition to create a better understanding of security officers and their role in the 21st Century. The rationale is very much based on (and around) the essential role that private security often plays – and increasingly so – in contemporary society.

The drive towards increasing our understanding of the world that we inhabit, various individuals’ working roles within it and the latter’s day-to-day responsibilities readily lends itself to an analogy involving Plato.

When waxing lyrical about his theory of forms in Book 7 of the Republic, Plato exquisitely introduces the allegory of the cave. Notwithstanding the high level of abstraction for the notion of Plato’s theory of forms, there are many parallels that could be drawn from a philosophical theory to practical applicability.

It’s suggested that the intrinsic point of ‘doing philosophy’ is to establish a rational consensus about what the answers to specific questions really are. There are undoubtedly many questions to be asked as part of the IFPO’s research project and these may, just as in the allegory of the cave, enlighten us as to the reality of the ‘lot’ of the modern day security/protection officer.

In the allegory, Plato imagines a cave wherein people are chained and facing the inner wall. They’re born in the cave to a life in chains and are never allowed to leave. They can see something of the world outside through the dancing shadows on the wall projected by the light at the entrance to the cave.

Here, the parallel with the private security industry is that, while we think we know what we’re looking at – and, subsequently, doing about it – is it in fact the right thing to do given the available information to hand? Doing what we perceive to be correct isn’t necessarily the best course of action.

It’s important to understand that, from the perspective of the individuals who find themselves inside the cave, the shadows are the reality in much the same way that apparent threats assessed to the best of their ability – and the protective procedures subsequently enacted by them to the limit of their capacity – are the reality for operatives in the private security world.

Arguably, there’s a lack of awareness that the shadows are nothing but a pale reflection of a much more complex and nuanced world. Security officers are often operating under somewhat difficult conditions and in ways that are hard to abandon, at least in part because this scenario has always been the status quo. Thus, they’re left with little alternative but to keep fighting against the perceived threats appearing right in front of them.

In line with Plato’s musings, imagine an episode whereby one of the cave dwellers is somehow freed of their chains and able to venture outside. Their senses will inevitably be overwhelmed by numerous new impressions. At first, they’ll struggle to understand what’s going on. Given time and thought, though, they’ll start to absorb the new information around and about them and realisations more closely aligned with what the world really is all about will slowly but surely begin to form.

These are the types of realisations that are absolutely central to the IFPO’s new research project and, indeed, a hallmark of previous research projects so ably conducted by Perpetuity Research. There’s an overriding desire to generate meaningful insights into the multitude of roles and responsibilities of security personnel at various levels and in various business sectors in order to, inter alia, assist in guiding the development of instruction programmes and training in the months and years to come.

As Plato outlines in the cave allegory, there’s a risk that, when venturing back to the cave eager to tell others about their discoveries, any returnees’ views are going to be met with disbelief. Even worse, their account of events outside the cave, albeit detailed and no matter how veraciously delivered, could well be dismissed out of hand and perhaps even mocked.

Not yet enlightened by the tales of the true nature of the world, those still inside the cave are likely not going to be willing to change in terms of either their mindset or their methods (and particularly so since shadow watching takes little or no effort while, by definition, change most certainly does).

In essence, then, the impassioned oration of what the cave dwellers may deem to be a pompous intellectual will not sway them, and they’ll simply continue watching the shadows in an atmosphere of self-contentment.

Inevitably, change is coming to us all. That has been amply evidenced since COVID-19 reared its ugly head. The 21st Century is increasingly setting us challenges like Coronavirus that sternly test the fabric of society wherein, of course, the private security industry itself has an intrinsic obligation to protect people and property from harm.

According to Plato, the only way in which to garner true knowledge of the world is to venture outside of the cave and directly access and assess it as it really is. In parallel, the only way in which to learn more about the current role of private security officers and their duties is to conduct thorough research into that very topic. That’s the considered opinion of the IFPO and, indeed, many other commentators operating within and, like myself, closely involved with the sector.

In keeping with the philosophical connotations, what better way to expand on the details of the IFPO’s research project than by providing an Aristotelian perspective? Aristotle was the pupil of Plato and, while sharing some of the same beliefs, he quite starkly diverged on others.

Many of Plato’s ideas were significantly advanced by the work of Aristotle who, by all accounts, was a remarkable figure interested in what, today, encompasses the whole of science and philosophy. What, though, would Aristotle have to say about a scientific endeavour designed to generate insights into the multitude of roles and responsibilities of security personnel at various levels and in various business sectors to help guide the development of education programmes and training?

Aristotle rejected Plato’s notion of a realm of ideas in which the reality that we experience is but a pale reflection of them. Aristotle’s emphasis was all about the value of observation. A notion which is fundamental to a research project focused on better understanding the role of security officers in different countries with different cultures, operating under different regulations and working for different purposes.

In essence, Aristotle re-established the importance of observation and inductive thinking that’s so crucial to science. By observation and inductive analysis, the IFPO’s research project will establish the role and responsibilities of security officers in the year 2021 and beyond. There’s scope for this project to be the benchmark for quite some time as its observations will be broad-ranging with a focus across multiple roles and industries. It will analyse the various duties of security personnel at several levels, how they interact and what synergies there are and, potentially, could be. This will incorporate an analysis of issues related to task complexity, which in turn includes individual, organisational and societal requirements.

Before anyone expresses an outrage over the implicit necessity of adding deductive methodologies to ascertain the foundational skills, knowledge and behaviour required to successfully complete the job, they can rest assured that these will be included as well.

Remaining with the chosen philosophical analogy, it’s not that Aristotle didn’t value logic, deductive or otherwise. After all, in many ways he’s considered to be the founder of the entire discipline of formal logic which is effectively based on the idea of deduction. It’s fair to say that, in this and other respects, Aristotle held a view of knowledge that’s largely in harmony with our own modern understanding of science. The IFPO’s research project will contain an inductive-deductive interplay, allowing the results to better and fully reflect present day developments and industry standards.

The project will provide insight into the range of duties undertaken by security officers including the tasks for which they’re responsible. Here, and as mentioned, there’s also room for an inquiry focused on the types of task generally found to be the most difficult – or the easiest, for that matter – and, more importantly, why they’re deemed to be so. This will shine a light on not only the contemporary complexities faced by security officers, but also how and why certain issues create specific challenges.

Consequently, this will unearth what knowledge and skills are in demand, which in turn informs the education and training of future security personnel. Some tasks will obviously be rarer than others and perhaps only occur in particular settings, while others will be commonplace and often overlap with those that non-security staff would transact.

Without observation we simply cannot begin to shape informed ideas. Just as Aristotle made an enormous contribution to science in multiple fields far detached from what could be considered his core area of inquiry, so will the IFPO’s research project make a great contribution to the science and art of security. Granted, in time some of the knowledge unearthed will, to various degrees, be superseded by new information. Nonetheless, to disregard its immediate contribution on such grounds would be to seriously misunderstand the nature of history and intellectual progress.

Guided by an Aristotelian curiosity, we can move away from the cave towards a better world wherein security provisions are evidence-based and a direct reflection of how things really are in the wider domain.

At the time of writing, the call for funding for this research project remains open, while the interest to leave the proverbial cave and learn more about what the shadows on the wall are actually reflecting is tangibly strong.

Once the funding is secured, those involved with the research will certainly become a part of history by dint of playing their part in forming a new and improved reality for the private security industry and its practitioners.

Disclosure: While the author is a member of the IFPO Research Project’s Advisory Board, any and all views and opinions presented are proprietary and do not officially represent those of any particular organisation or affiliation

*Further information on the research project entitled ‘Exploring the Modern Role and Job Complexity of Security Officers’ is available online at www.ifpo.uk/research-project. Donations towards funding the research (the funding target set being circa £55,000) are welcome and can be made by accessing the same URL