THE MINISTER of State for Security and Economic Crime, Ben Wallace MP, has formally launched an ambitious new partnership to fight economic crime. The National Economic Crime Centre (NECC) has begun its work with a clear mission to protect the public, prosperity and the UK’s reputation. 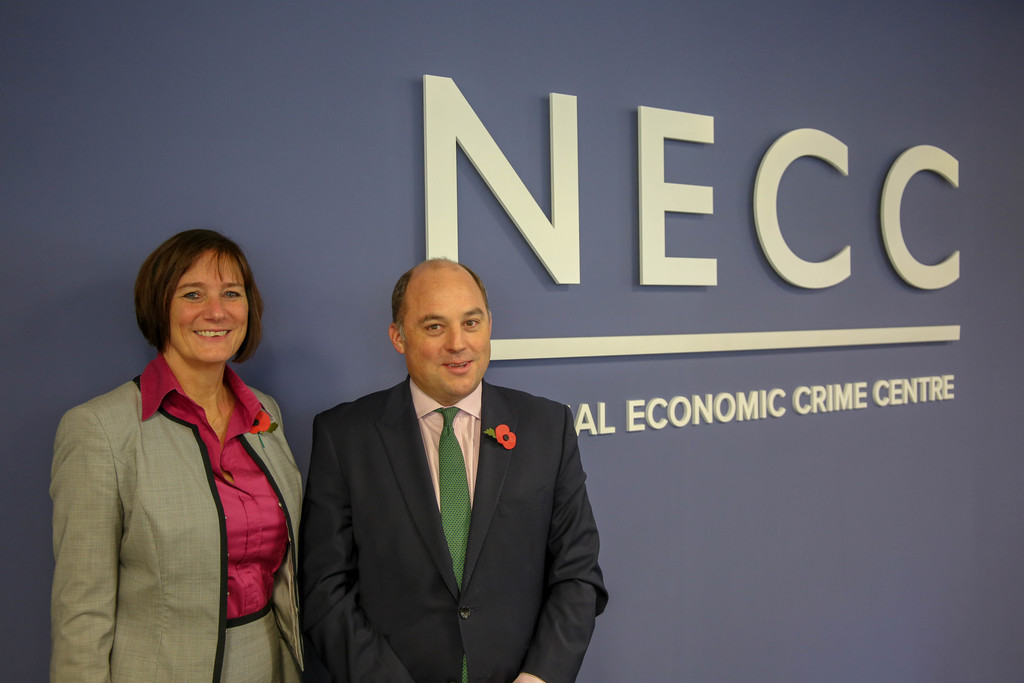 The NECC is based at the National Crime Agency’s London HQ and includes officers from the NCA, HM Revenue and Customs, the City of London Police, the Serious Fraud Office, the Financial Conduct Authority, the Crown Prosecution Service and the Home Office.

As well as bringing together colleagues from law enforcement, the NECC also includes partners from government and the private sector. Not only will the NECC ensure that criminals defrauding British citizens, attacking UK industry and abusing UK financial services are effectively pursued; it will ensure that UK’s industries and government agencies know how to prevent economic crime and the UK’s citizens are better protected.

The partnership will drive how UK law enforcement tasks and co-ordinates activity– ensuring the right agencies use the right tools and tactics to get the best results.

The NECC will identify and prioritise the most appropriate types of investigations – whether criminal, civil or regulatory to ensure maximum impact.

And it will promote the use of new powers such as Unexplained Wealth Orders and Account Freezing Orders to tackle illicit finance across all threat types.

Director general at the NCA Lynne Owens said, “I am delighted to be working closely with our partners to shape this exciting development in the fight against serious organised crime.

“The NECC is part of a new, whole-system approach which will significantly improve the UK’s response to serious and organised crime.

Minister for security and economic crime Ben Wallace said, “This Government is determined to deny the most dangerous and determined criminals access to their money and assets. There is a realistic possibility that the scale of money laundering impacting on the UK annually is at least in the tens of billions of pounds. This has a corrosive effect on our reputation and our communities.

“We will draw on all the powers, tools and expertise the UK has to offer to combat this and the NECC is a key element of this approach, as set out in our newly updated Serious and Organised Crime Strategy. This innovative centre of excellence will bring the full force of government, law enforcement, civil society, regulators and the private sector to bear against those engaged in economic crime.

“I’m delighted it is now up and running and look forward to seeing perpetrators tracked down, brought to justice and stripped of their assets.”