MITIE SECURITY has joined forces with independent charity Crimestoppers in an innovative new partnership designed to help keep communities and businesses across the UK safe from crime and wrongdoing. 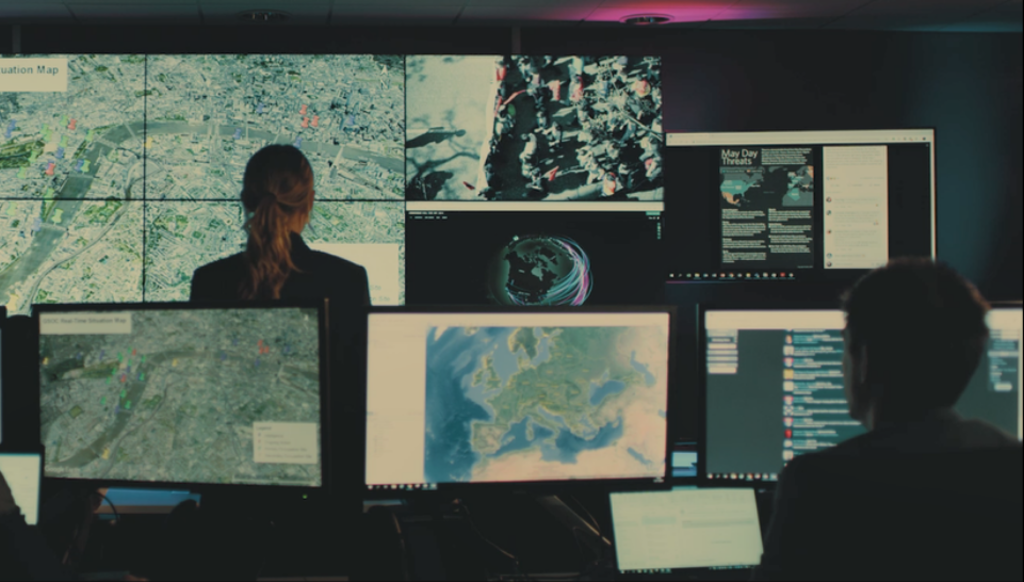 The newly-forged agreement will see the organisations working together to share information on criminal behaviour gathered by businesses, which can then feed into police service investigations. Mitie is the first security company to form such a partnership with Crimestoppers, thereby demonstrating its stated commitment to bridge the gap between the public and private sectors in order to help keep people, customers and communities safe and secure.

The Crimestoppers charity encourages people and organisations to anonymously share information that helps to prevent and solve crime. As well as receiving information from members of the public, Crimestoppers also works with a number of private and public sector organisations – among them businesses, trusts and foundations – on public awareness campaigns.

This new partnership with Mitie will be the first time the charity has worked with a security organisation to tackle crime and keep communities safe. Given that Mitie Security harbours hundreds of customers on its schedule spanning every sector, this collaboration will also help to create new relationships between Crimestoppers and businesses that have not worked together before.

With the partnership focused on thought leadership and knowledge sharing, Mitie will use its suite of technology solutions and work closely with its clients to bring together relevant anonymous data on criminal behaviour and create incident reports. This evidence will then be shared with local police forces to support their investigations and help keep criminals off the streets.

The partnership is underpinned by Mitie’s Global Security Operations Service (GSOS), its dedicated technology and intelligence-led security solution. Through the GSOS, Mitie brings together the latest technology, 20,000 security officers and a team of intelligence experts and analysts, in turn creating a 360-degree approach towards security.

From businesses in villages through to farms, rural crime affects thousands of people and communities across the UK countryside. Mitie will work with Crimestoppers to create a dedicated Rural Crime Steering Committee designed to address this issue. Alongside Mitie, Crimestoppers and relevant police forces, the Steering Committee’s members will include other organisations with a significant rural presence, such as Police Crime Prevention Initiatives and the National Farmers Union. Bringing their own expertise and experience, members of the Steering Committee will collaborate to develop strategies to tackle rural crimes, such as theft and property damage, that cost families and businesses millions of pounds every year.

Mitie will also use its experience gained from delivering security services to hundreds of public and private sector clients to provide Crimestoppers with insights on the key security issues that businesses and communities are currently facing. Working closely with the Home Office, Crimestoppers will then use this information to create national awareness campaigns that assist in tackling these challenges.

Jason Towse, managing director of business services at Mitie, commented: “We’re very excited to be teaming up with Crimestoppers in this ground-breaking partnership. Whether you’re talking about individuals or businesses, crime is never victimless. We’re committed to bridging the gap between the public and private security sectors to help keep our clients safe, as well as the communities where we operate. By working collaboratively with other key stakeholders in the security industry, including renowned organisations such as Crimestoppers, we can all play a vital role in helping to keep criminals off the streets.”

Mark Hallas OBE, CEO at Crimestoppers, responded: “One of the most powerful things we can do in responding to the continual changing face of crime is to work collaboratively. I’m delighted that we’ve formed this unique partnership with Mitie Security which will make a difference in tackling wrongdoing. Crimestoppers has been giving people the ability to speak up 100% anonymously about crime since the independent charity started life over 33 years ago. Providing this opportunity to share knowledge helps build confidence in communities, which then ultimately leads to greater safety and security for us all.”

Crimestoppers’ 0800 555 111 telephone number and website (crimestoppers-uk.org) gives people the power to speak up and pass on information about crime 100% anonymously.

Alongside its national campaigns, the organisation engages hundreds of volunteers across the UK who help it promote its services to those that need to hear about them. Indeed, every region of the UK boasts a Crimestoppers team responsible for raising awareness of the charity and running local campaigns about issues that affect their area.

In point of fact, circa ten people are arrested and charged every day as a result of information given to Crimestoppers. Since its inception, Crimestoppers has received over 2.2 million actionable calls resulting in more than 151,000 arrests and charges. Upwards of £139 million worth of stolen goods have been recovered and over £367 million worth of illegal drugs seized.

Back in 2005, Crimestoppers launched the ‘UK’s Most Wanted’ initiative on its website which allows the public to view images of criminals and pass on vital information about their potential whereabouts. This initiative has been highly successful, with over 4,300 arrests made to date.