THE MET is taking part in a cutting-edge project that aims to prevent live streaming of terrorist and firearms attacks across the world. 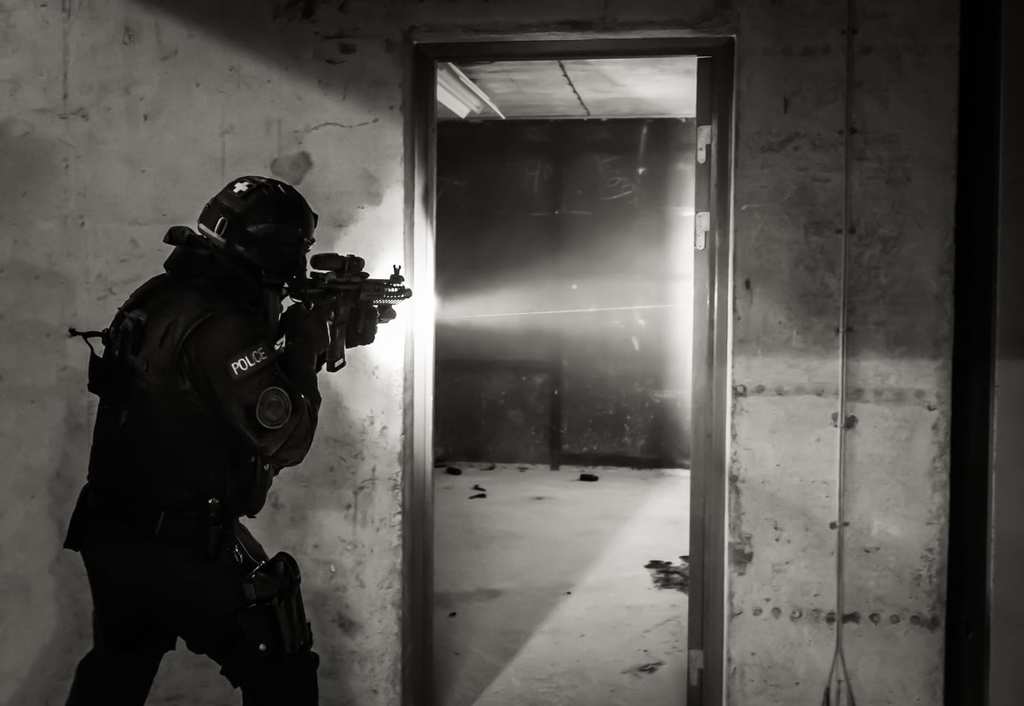 From October this year, the Met will provide Facebook with video footage of training by its Firearms Command, from the perspective of the officers, to help the company develop technology that identifies when someone is live streaming footage of a firearms attack.

Such technology could help Facebook notify the police of an attack early on and prevent the live streaming of such atrocities on the social media platform.

The footage will be captured on body cameras attached to firearms officers as they carry out their regular training, then shared with Facebook.

The footage will also be provided to the Home Office, so that it can be shared with other technology companies to develop similar technology to stop the live streaming of firearms attacks elsewhere online.

Officers from the Met's world-renowned Firearms Command regularly train in how to respond to a wide variety of scenarios, from terrorist incidents to hostage situations, on land, public transport and water, so the footage they provide will show a “shooter” perspective in a broad range of situations.

This varied imagery – combined with video from law enforcement in the United States – will help Facebook gather the volume of footage needed so their artificial intelligence technology can learn to identify live footage of an attack, and subsequently remove it.

The Met became involved in the project as a direct result of the national Counter Terrorism Internet Referral Unit’s (CTIRU) long-standing relationship with Facebook. This national team based within the Met Police - the first of its kind globally - works with service providers and social media companies like Facebook to ensure the removal of harmful terrorist material from online. The CTIRU actively assists hundreds of national counter terrorism investigations, identifying specific UK-based threats and then supporting investigations into the individuals or networks behind them.

As a result, Facebook reached out to the Met Police when seeking assistance with the idea.

Speaking about the project, the UK’s top-ranking counter terrorism police officer, assistant commissioner for specialist operations, Neil Basu, said, “Since the CTIRU launched almost ten years ago, it’s been at the forefront in terms of working with internet service providers and social media companies to tackle terrorism online.

“As a result of the unit’s relationship with Facebook, coupled with the world-renowned expertise of the Met Police Firearms Command, the Met has been invited to take part in this innovative project.

“The technology Facebook is seeking to create could help identify firearms attacks in their early stages and potentially assist police across the world in their response to such incidents.

“Technology that automatically stops live streaming of attacks once identified, would also significantly help prevent the glorification of such acts and the promotion of the toxic ideologies that drive them.

“We welcome such efforts to prevent terrorism and its glorification and are happy to help develop this technology.”

Stephanie McCourt, Facebook’s law enforcement outreach lead (UK) said, “Facebook’s work tackling threats from terrorism and extremism never stops. We invest heavily in people and technology to keep people safe on our platforms. But we can’t do it alone. This partnership with the Met Police will help train our AI systems with the volume of data needed to identify these incidents. And we will remain committed to improving our detection abilities and keeping harmful content off Facebook.”