THE LONDON Fire Brigade (LFB) is supporting a Transport for London (TfL) ban on private e-scooters being conveyed across London’s transport network. The ban, which comes into force on Monday 13 December, follows in the wake of an e-scooter catching fire on a packed London Underground train. 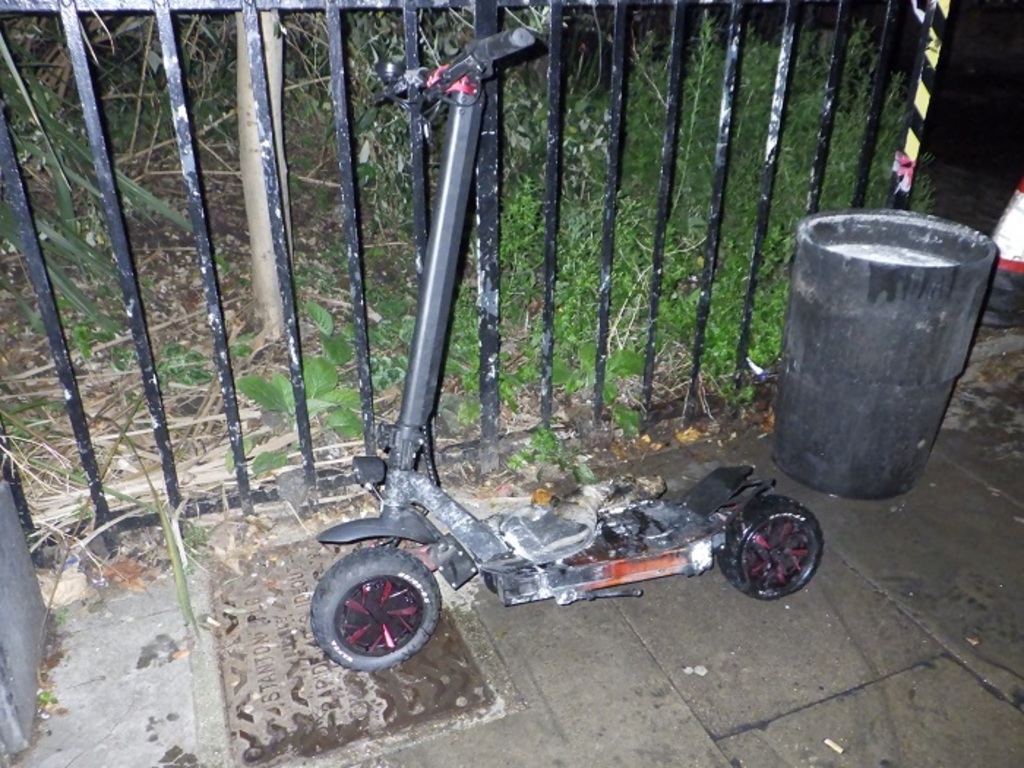 The e-scooter caught light on a train which was stopped at Parsons Green London Underground station last month. Fortunately, no-one was seriously injured, although one passenger did suffer from smoke inhalation. This incident, in tandem with other recent fires involving e-scooters on its premises, prompted TfL to launch an urgent review of the situation, which was supported by evidence from the Brigade’s own experts.

Customers in possession of e-scooters and e-unicycles will not be permitted to enter any premises on TfL’s network or travel on any of its services, including the London Underground, buses, overground services, TfL Rail, trams and the Docklands Light Railway.

The ban comes just days after the Metropolitan Police Service launched a crackdown of its own on the illegal use of e-scooters on the public highway, while north of the border ScotRail is also considering a ban.

The LFB has already issued an urgent safety warning this year over concerns about a spike in fires involving electric bikes and private e-scooters and regularly highlights incidents and issues safety advice in a bid to keep people safe if they own one.

This year, firefighters have attended more than 50 fires involving e-scooters and e-bikes. That’s double the total amount seen in 2020. One blaze in recent weeks witnessed an electric bike which had been left in a hallway catch light.

While the majority of these fires have happened in homes, there’s a concern that there could be an increase in fire episodes in outside areas and on public transport as more people return to work and use e-scooters and e-bikes to travel.

Fire investigators have found the fires to be particularly ferocious and fierce enough to pose an immediate danger to residents when they happen in homes, particularly so as the e-scooters and bikes are often stored in escape routes such as corridors and communal areas. This can further hinder people’s escape from a fire incident.

The Brigade’s concerns mainly relate to faulty third party batteries, as many of the incidents firefighters are attending involve batteries which have been sourced on the Internet and don’t actually meet the correct safety standards.

Paul Jennings, the LFB’s Assistant Commissioner for Fire Safety, commented: “We have growing concerns about the safety of e-scooters and e-bikes due to the amount of fires we are seeing involving them, so we fully support TfL’s ban of private e-scooters on public transport. Fires are dangerous and terrifying wherever they happen, but a fire on the transport network has the potential to become very serious very quickly and potentially involve hundreds of people, particularly so on trains where evacuation may be challenging. Anything that can be done to mitigate such a risk is a positive step.”

He continued: “We also have concerns around people trying to tackle these fires themselves, thinking that the vapours given off are only steam. Those vapours actually contain harmful and toxic gases. Tackling such fires should be a task for professional firefighters.”

Top safety tips for e-scooters and e-bikes include the following:

*Always use the correct charger for the product and buy an official one from a reputable seller
*Batteries can become warm during their use and it’s advisable to allow them to cool down before attempting to re-charge as they could be more susceptible to failure
*Batteries should always be charged on hard flat surfaces where heat can dissipate
*Batteries can also pose a risk if they’ve been damaged, so try to ensure they are not being knocked around while in use or while being carried as spares as this can increase the chances of damage to cells. Batteries should never be exposed to extremes of temperature
*Chargers should always be unplugged at the end of a charging process. Always follow manufacturers’ instructions when charging. Don’t leave charging equipment unattended or while people are asleep
*Ensure smoke alarms are fitted in those areas where e-bikes or e-scooters are being charged and make sure to test them regularly
*Never block escape routes with anything, including e-bikes and e-scooters. Store them somewhere away from a main through route and make sure there’s an escape plan in place in the event of a fire