ONE OF the most common questions asked of legal experts by serving fire officers is whether or not a conflict of interest would arise with the latter’s Fire and Rescue Service employer if they started carrying out fire risk assessment procedures on a private basis. In the first instalment of a two-part series, Warren Spencer addresses this somewhat complicated issue. 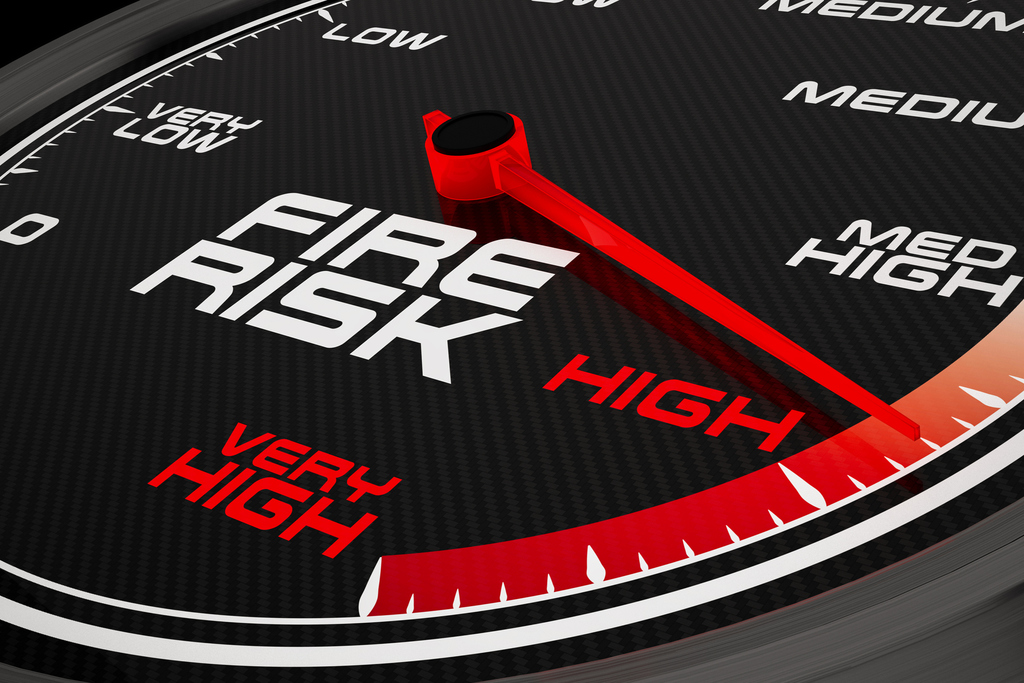 Such a scenario usually arises following a request made by the fire officer to their Fire and Rescue Service employer in a bid to allow them to earn a second income by conducting fire risk assessments for private businesses. Those requests would usually be met with a stern refusal on the basis that, as enforcers of the Regulatory Reform (Fire Safety) Order 2005 within their role as fire officers, a conflict may potentially arise if one of their fire risk assessments should ever be called into question.

From a personal perspective, I would usually agree with that refusal position. To be fair, so would the fire officer. Normally, a compromise position would result whereby the officer would be allowed to conduct such assessments outwith the scope of the Fire and Rescue Service’s area of enforcement.

More recently, I’ve been asked what I initially thought to be an odd question. Do I believe that a conflict of interest might arise if a Fire Authority itself began carrying out risk assessments in its own enforcement area?

My response to this question would usually be the same. Clearly, a conflict of interest may arise if a fire risk assessment carried out by the Fire and Rescue Service was called into question, simply because the enforcing authority would then have to enforce against itself. That’s plainly a ridiculous proposition, or so I thought until I learned that this was not a hypothetical question. It is, in reality, what has happened.

Some Fire Authorities have now begun setting up limited companies, not just to provide fire risk assessment capabilities, but also to deliver a whole range of fire risk management-focused services. At first glance, this may seem a logical step. Why not let the people who know all about compliance do it for themselves?

First of all, do they really know all there is to know about compliance, though? Does a former firefighter who’s new to a Fire Safety Department actually know more than a fire risk assessor with 20 years’ experience?

Recently, I was involved in a case where a fire officer outlined, interpreted and then applied PAS 79. When an expert report questioned his interpretation in detail, the prosecution chose not to rely on the fire officer’s evidence any further. I will leave that one there.

The conflict of interest-related point in relation to enforcement still remains.

What if the client/‘Responsible Person’ harbours concerns about the quality of a risk assessment provided to them by the Fire Authority-owned fire safety company. Where do they go with that? From a purely business-centred perspective, is it fair that independent businesses should have to compete against Government-backed and publicly funded commercial operations?

Not surprisingly, Her Majesty’s Inspectorate of Constabulary and Fire and Rescue Services (HMICFRS) picked up on these points – and others – during its audit process for 2019-2020. When auditing one Fire and Rescue Service, which had a trading arm, the Inspectorate raised concerns about the demands placed upon protection officers who had to balance their enforcement duties with commercial tasks.

The HMICFRS report states: “In the context of the workload pressures faced by front line staff and the backlogs in the risk-based inspection programme, we are concerned that, at the same time, some staff are being made available for commercial activities. We are concerned that the current supply of staff to the business is affecting the inspection programme, which is a primary responsibility of the Fire and Rescue Service.”

Most significantly, the HMICFRS report notes: “We are also concerned that this arrangement has the potential to create a conflict of interest. Working on behalf of the business, Fire and Rescue Service staff provide fire safety advice in premises which may later be subject to inspection audits. If the fire safety advice was found to be defective or inadequate, this would create a position whereby the Fire and Rescue Service was criticising work completed by its own members of staff. Staff completing these audits might find it difficult to remain objective in such circumstances or otherwise be reluctant to voice criticisms.”

There’s actually a far more concerning issue here, and one which was not considered by the Inspectorate. What happens when a Fire and Rescue Service with a trading arm starts to investigate, enforce against and prosecute its commercial competitors? Does that seem fair?

There is case law which states: “Where there is a potential conflict between a financial interest in the outcome of a prosecution and the objectivity required of a prosecutor, the prosecutor must be scrupulous in avoiding any perception of bias” (Scott 2019 EWCA - Crim 205 2020 4 WLR 2).

A prosecution or enforcement may be fully justified in some cases, but how does it look? A prosecutor with a trading arm prosecuting a company or an individual who’s a direct competitor. Is it a fair fight for an individual or company to have to justify its work in the courts against the weight of a full Fire and Rescue Service with a potential interest in removing the competition?

If nothing else, it seems to fly in the face of Lord Chief Justice Hewart’s frequently quoted words from almost 100 years ago that: “Justice must not only be done, but must also be seen to be done.”

I’m acutely aware that the budgets of Fire and Rescue Services have been cut by up to one third over the last six or seven years and also that Fire Departments have been significantly hit by those cuts. I do not criticise any desire to provide funds for Fire Departments and, if commercial enterprise is deemed the only way in which to boost those funds, then so be it.

The reasons for trading may be well-intentioned and, if profits are put to the provision of further fire safety resources for the community, then in that scenario it’s difficult to argue against. However, when enforcing authorities begin to venture into commercial activity, public interest arguments might well outweigh the benefits of modest profits.

Digital Seminar: Is the fire risk assessor’s voice being heard?

Fire Safety Matters has partnered with Blackhurst Budd Solicitors to organise a ‘must-attend’ digital seminar on the subject of identifying who is a competent fire risk assessor and protecting them from enforcement action.

The Building Safety Bill, which is currently making its way through the Houses of Parliament, will require fire risk assessors to be ‘competent’. Relevant risk assessments will have to be recorded and the names of the assessors logged.

In 2019, Dame Judith Hackitt advised that professional and accreditation bodies working within the construction and fire safety sectors put forward a proposal which “should cover the role and remit of an overarching body to provide oversight of competence requirements”.

With more and more enforcement action and criminal investigations now involving fire risk assessments, the digital seminar will pose – and seek to answer – a fundamental question: ‘Will the humble fire risk assessor be properly represented and protected?’

The two-hour online seminar, which runs on Friday 11 March at 10.00 am, will focus on topics including the potential impact of the Building Safety Bill on fire risk assessors and the assessment of ‘competency’.

Several key questions will be asked and answered. Will the various institutes, associations and consortiums adequately protect their fire risk assessor members? Will the fire risk assessor’s voice be heard or will legislation simply be imposed upon them without adequate consultation?

The digital seminar will discuss the way forward for fire risk assessors and assess whether radical action is required in order to provide adequate protection from criminal culpability in the future.

Delegate places for this digital conference are limited and priced at £99+VAT per ticket.

*Digital Seminar: ‘Is the fire risk assessor’s voice being heard?’ Friday 11 March at 10.00 am. Further information and registration is available online