THE PUBLIC needs to think about the safety of domestic appliances says Staffordshire Fire and Rescue Service, following two recent house fires in Newcastle-under-Lyme and Kidsgrove. 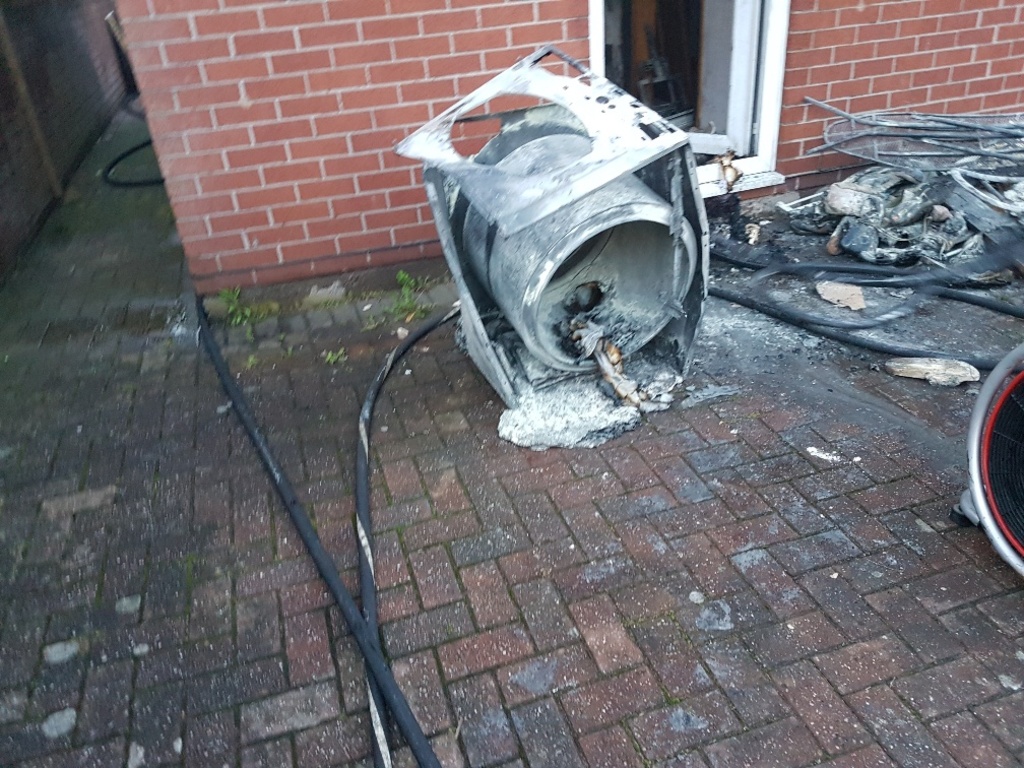 Three crews attended a house fire in Newcastle-under-Lyme which was believed to have started accidentally in a washing machine in a utility room. Luckily, the occupants of the house were out at the time, but the resulting fire has caused extensive damage to the property.

Station Manager Ed Case said: “There is significant damage to this property. This is the fifth accidental ignition of household appliances within the home we have attended during the last couple of weeks and we urge people to check for recalls and/or safety notices on household appliances at: https://www.registermyappliance.org.uk/

“Please also do not leave appliances like washers, dryers, dishwashers and chargers running when you are not at home.”

On 13 June two crews responded to a call at 8.30pm reporting a tumble dryer fire in Kidsgrove, which was located under the stairs in the property. The occupants of the house were safely out when fire crews arrived. Six firefighters in breathing apparatus and operating two hose reel jets were needed to extinguish the fire, and the resulting smoke damage was too severe for the occupants to remain in the house after the fire had been extinguished.